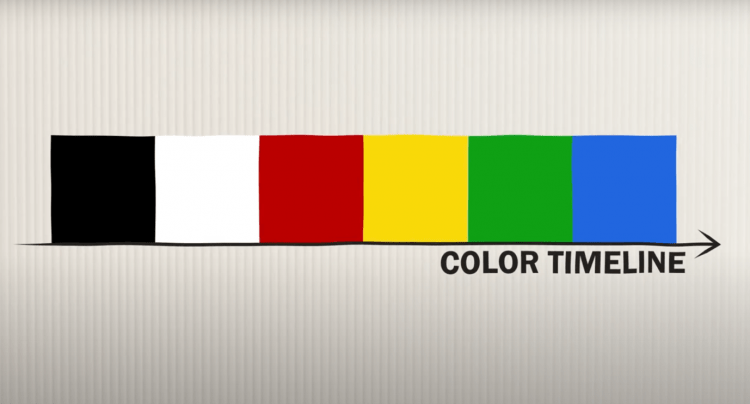 Homer’s Wine-Dark Sea: The Ancient Absence of the Colour Blue

As a Classics student, I spend a lot of my time reading Homer, the Greek epic poet from the 8th century BC. In all epic, there is a convention of using epithets to describe things, and often these epithets become attached to a certain person or object and appear many times. I have only read a few books of the Iliad and the Odyssey respectively, but I have noticed a certain issue with colour. Homer likes to describe the sea as “wine-dark”. This seems odd, because in our modern culture, we are used to wine being purplish at best, and if we encounter a blue wine, I imagine we would probably think it best to stay well away. This begs several questions. What sort of wine did the Ancient Greeks drink? Did their eyes work differently all that time ago? What must the state of the Aegean have been like at the time of Homer that it was almost purple? 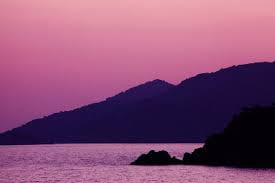 In fact, when you delve deeper into exactly why Homer’s visual acuity seems to be off, (other than the fact he is traditionally known as “The Blind Bard”, but let’s not complicate things) you discover that this problem with his famously incorrect epithet has been around for years, and in fact, this issue with colour is not limited to Homer’s writing. Cicero, a Roman writer from the 1st century BC, says that the sea turns purple when oars hit it, and we know the Romans definitely had and appreciated the colour purple, draping it over members of their higher society as an indicator of status. In both the original Hebrew Bible and Homer, honey is described as green. Ancient Indian epics don’t mention blue, nor does blue appear all the way up in the Nordic regions within ancient literature.

In all of these times and societies, blue is the main issue. They weren’t simply colour-blind, as William Gladstone put forward in 1858. That was impossible, they could see other colours, and nowadays we know that colour vision developed in humans around 30 million years ago. Besides, Homer had a very odd form of colour-blindness if he mentions black 170 times, white 100 times, red 13 times, and yellow and green 10 times respectively.  What is more, the ancients are not blatantly wrong. Blue is rather close to purple in terms of hue. So what is happening in the ancient world to make the absence of blue so universal?

It doesn’t actually seem to be a strange optical difference between then and now. In fact, the problem seems much more linguistic. The development of colour terms in language shows that black and white always come first. Then red, without fail. Then yellow and green, and although the order in which those two come varies, they always come after red, and before the final one, which is always blue. This development is actually quite easy to explain. In terms of evolution, these colours develop into linguistic use in a perfectly reasonable order. Black and white are simple, indicating day and night. Then, red, to indicate danger or blood, or perhaps the flushed face of someone with a fever. Next, yellow and green, indicating ripe fruits or dangerous mould. The development of these words for colour is simply on a survival, need-to-know basis. There are very few blue foods or animals that would need to be considered. Also, the formation of pigments comes in this order. Black and white are easy, charcoal or chalk. Dried clay is already red, requiring no mixing. The others are slightly more difficult to make, but none as difficult as blue. 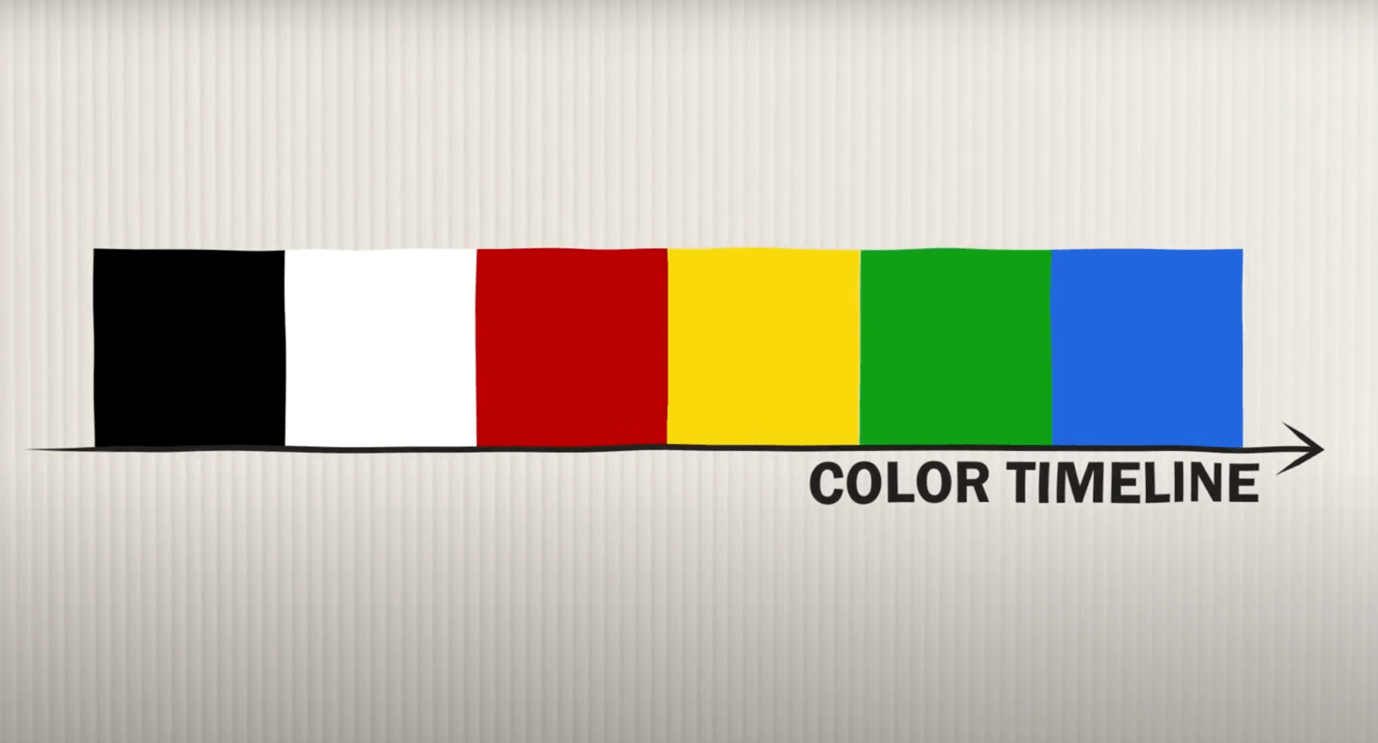 This appearance of colour in languages serves to explain the lack of blue in many ancient texts. But, if by chance the person reading this knows Ancient Greek, they are probably shouting “κύανος!”, the Ancient Greek word for blue. Or perhaps they are thinking of other words, such as glaukos, also translatable into English as blue. Clearly, these are both legitimate concerns. How could I possibly be questioning the existence of blue in Ancient Greece if the words exist? First of all, I am not questioning the existence of blue, merely the Greek perception of it, and secondly the words that we translate to mean blue exist. That doesn’t mean they actually mean blue. For example, Pausanias, in Descriptions of Greece, 1.14.6, describes Athena’s eyes as “glaukoi”, blue. Often, however, we say Athena’s eyes are grey in Ancient Literature. Whilst these words exist in Ancient Greek, the concept of blue is not inherent in them. In modern English, we translate them to blue, because we have a word and concept for blue. But in Ancient Greek, these words actually meant something closer to the English “dark”. A quote from a thesis by a man called Aaron Robert Joseph says the word κύανος “was used in clear chthonic contexts”. Chthonic means associated with the underworld, so this reinforces the idea of darkness. According to the same thesis, there are also arguments to suggest “that ‘dark’ oversimplifies the word, for there is a deepness communicated in kyanos suggesting a palpable sense of threat, and perhaps it is best to interpret kyan- as a darkness derived from depth”. Also, the etymology of κύανος suggests it is a colour associated with oxidised copper, and anyone who has caught a glimpse of the Statue of Liberty will tell you that that substance is certainly not blue.

It is a complex concept, but the gist of it is, of course the Greeks could see blue, and they had blue as a pigment, but it wasn’t actually recognised as a concept in culture. It was simply another shade of black. In fact, modern European words for blue now derive from ancient words for black. The Greek perception simply didn’t appreciate blue, and there is some rather interesting neuroscience behind this. For example, let us think of the modern concept of red. 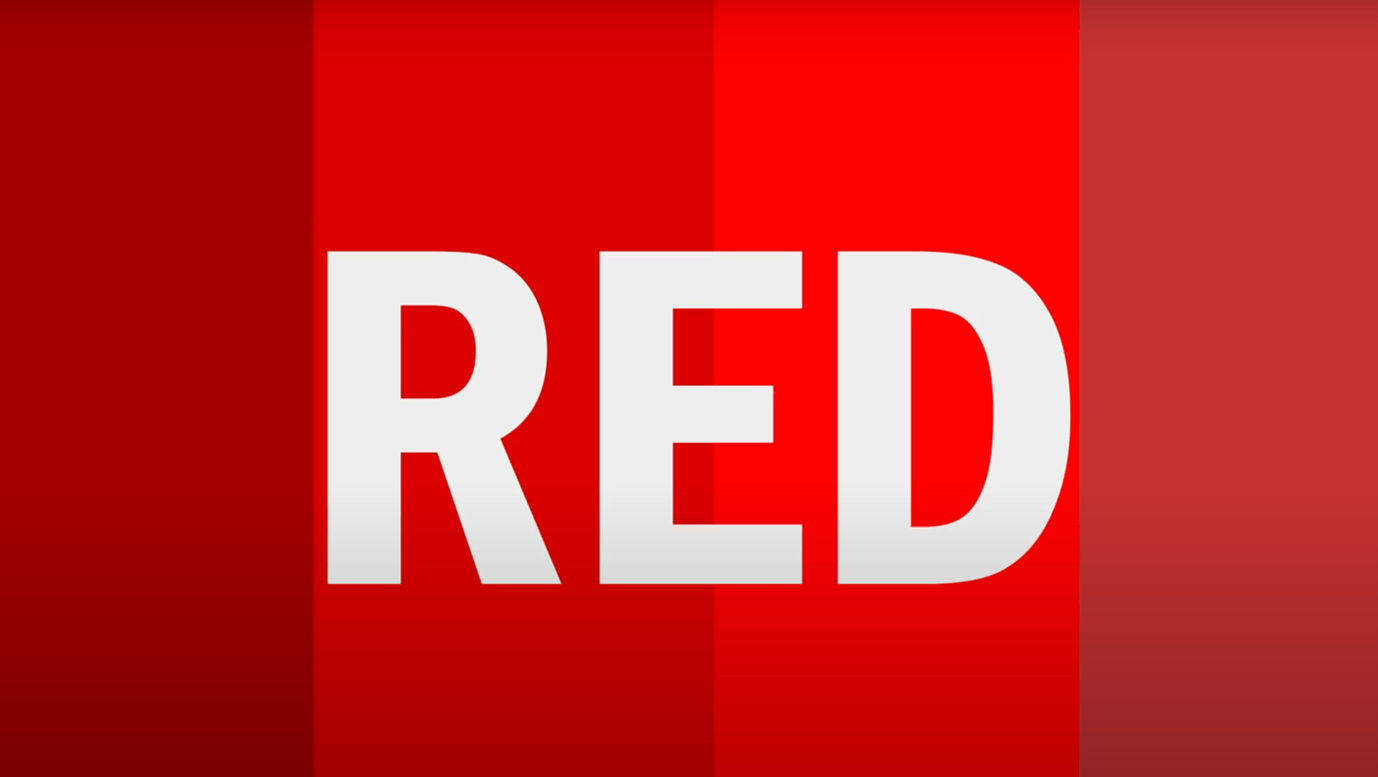 All the colours in that picture are red, of course, but they are different shades of red. Now let’s add one more shade. 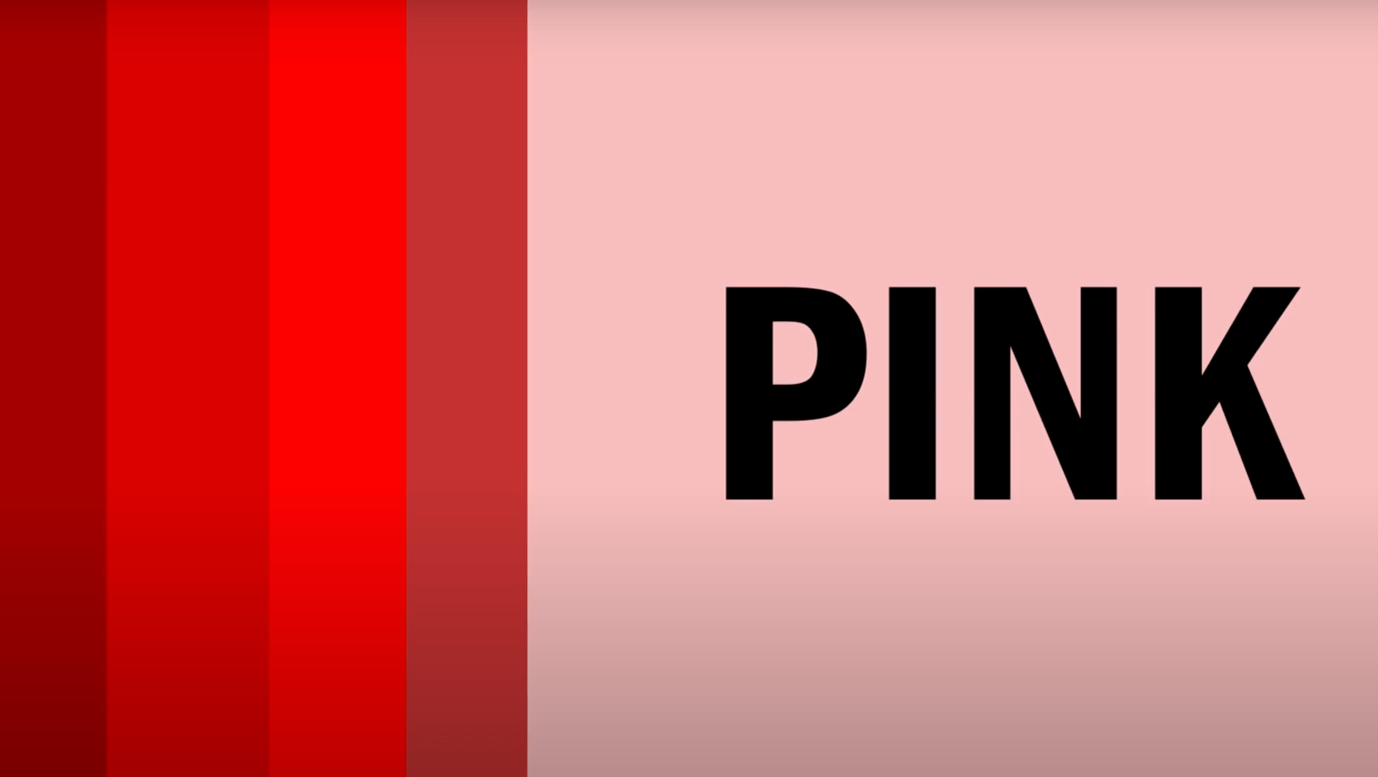 Pink. Just another shade of red, but because we have a word to quantify it, it seems to us an entirely different colour. Now imagining the spectrum from black to blue, we can see how the Greeks and other ancient civilisations would quantify the whole thing as just one colour. You may be thinking that this all seems a little too convoluted and over the top, surely this is all about nuance and there is no great revelation about the perception of colour in ancient society.  But the conclusion of this piece is not solely that the Greeks didn’t name blue, it is that there may have been a physiological different in their perception of colour thanks to the magic of linguistics. Modern neuroscience has shown that language affects our perception of the world. Allow me to illustrate: 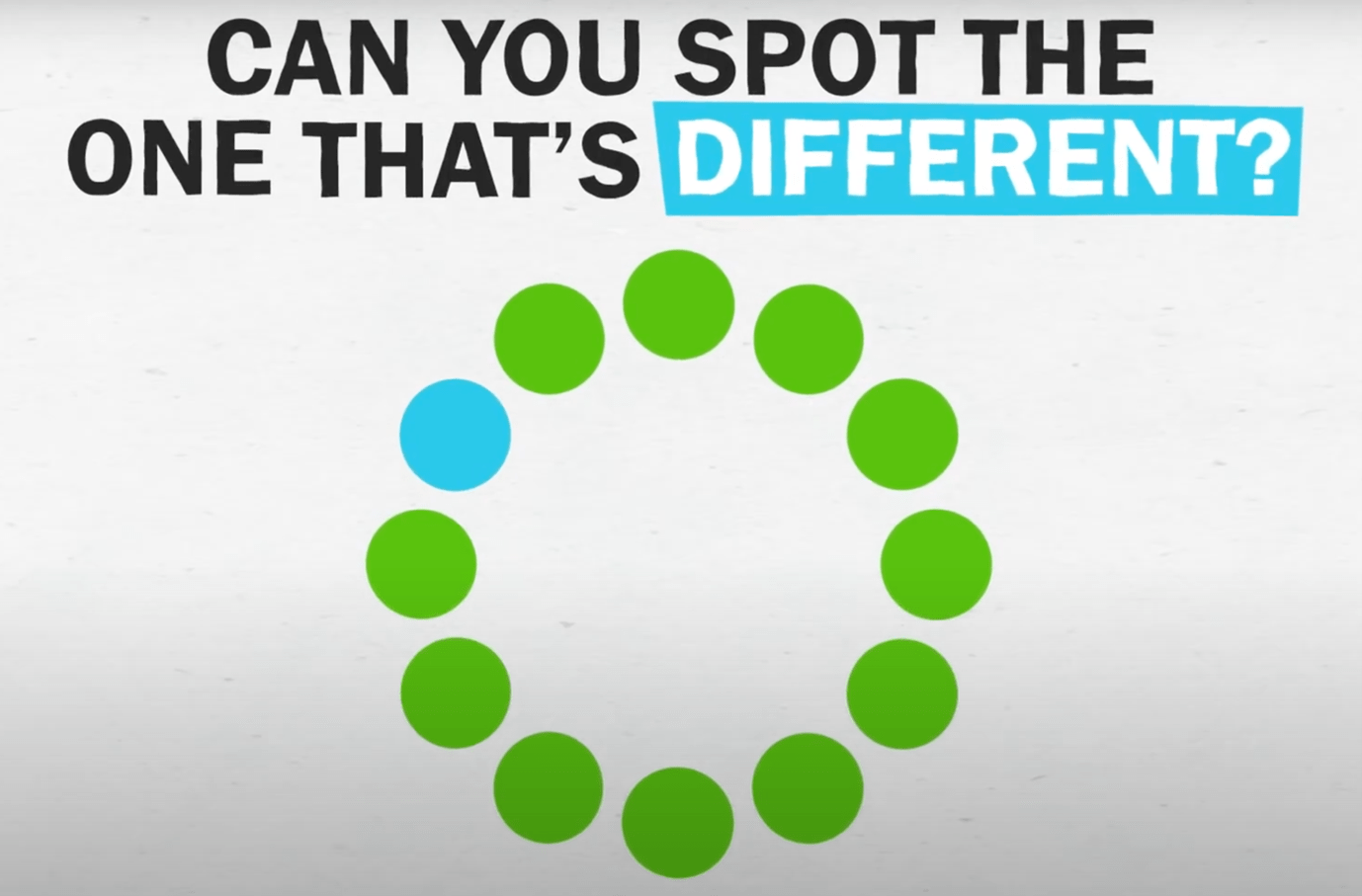 Now of course, this is not challenging. There is evidently one blue circle amongst those green ones. But when researchers showed this image to the Himba people of Namibia, it took them longer to identify the outlier. But when shown the image below, they identified the odd one out much faster than someone from our culture would. This is because they have different words for different shades of green, whereas to us, this whole circle is just green. The reason that the first blue circle was more difficult for the Himba to identify was because they don’t have different words for blue and green. This is fascinating, because this may well have been how the Ancient Greeks would have responded. It shows there is a genuine neurological effect to language and how we classify colour. Having different words for different shades exaggerates the difference between how they are physically perceived. 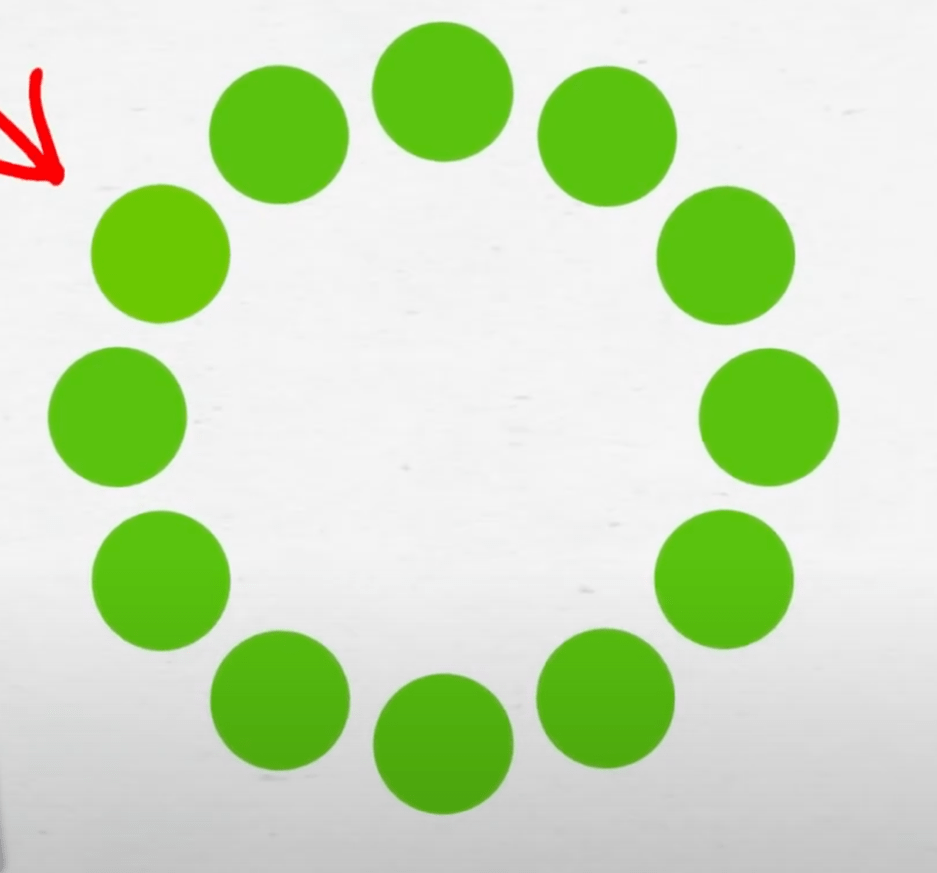 So was Homer’s sea actually wine-dark? Based on this collection of evidence and research, I don’t think the colour of the Aegean has changed much beyond recognition since his time. There is, in fact, even evidence that wine in Ancient Greece was more blue, because they always mixed it with water which was hard and alkaline. But also, more simply, blue was culturally received as a much darker colour, based on the nuance to the word κύανος, and as such, Homer describes the relatively dark blue depths of the sea as just that: dark. We can never know for sure, but it is certainly interesting to imagine that the Greeks may genuinely have seen blue differently to us due to a perfect combination of neuroscience and language.