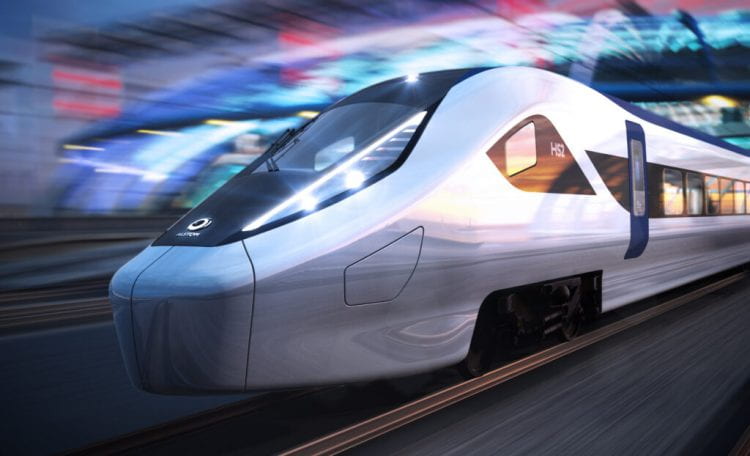 HS2 is a high speed rail network between London, Birmingham, Manchester and Leeds. (Railway Technology 2019) There is a lot of controversy as to whether there are sufficient benefits to the network to justify the immense cost.  Before work has even begun, the completion date of the project has been pushed back and the budget increased several times, causing further doubts.  The UK does not have the best track record when it comes to delivering major rail infrastructure projects, with the problems currently afflicting Crossrail being at the forefront of many people’s mins.  Several other countries have succumbed to their leaders wanting high speed rail, not to improve transport, but as a vanity project to leave a legacy, sway voters and in the case of HS2 to counteract the problem of the North South divide. 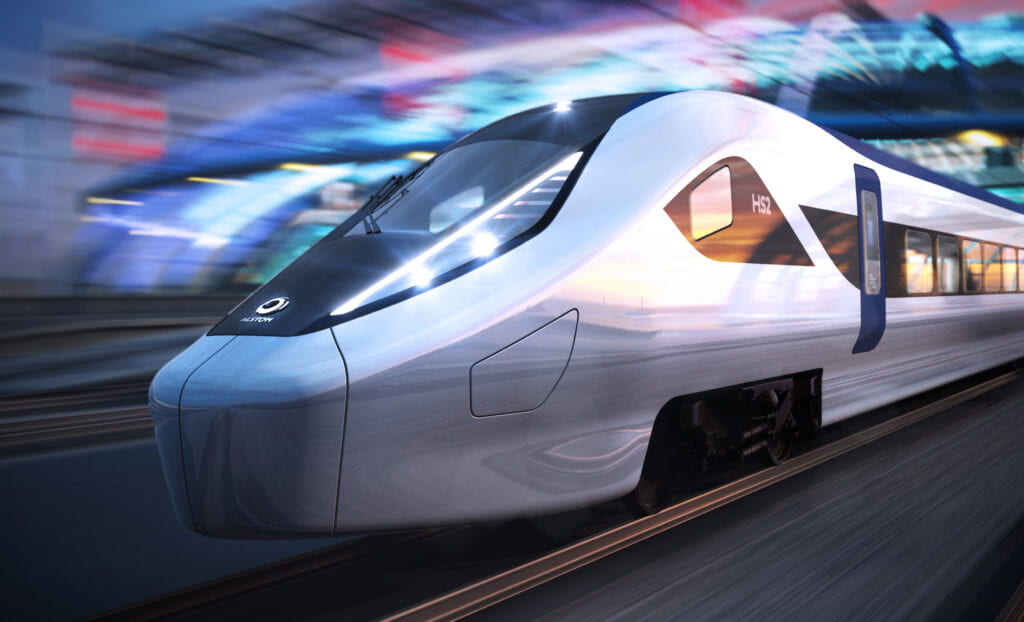 One of the main reasons put forward in support for building HS2 is that it will make Britain more productive due to reduced transport time.  However this does not take into account that with laptops, smart phones and better wifi, time on the trains is no longer ‘dead’ time, and can actually be used productively. Therefore, I would argue that the benefits of reduced travel time are limited. The prospect of increased amounts of video calls, and other new networking technologies, means that workers will no longer need to travel as much for meetings, so the congestion in existing train lines may start to decline making HS2 less necessary.

Also, the connections under HS2 are between just four main cities with the aim of tempting businesses to relocate once the cities have better transport. Whilst this may help in the short term by drawing investment outside of London, over the longer term it may simply introduce London’s problems to more areas.  Jobs, investment and population are likely to be too tightly focused in a small area which creates infrastructure problems and rapid house price inflation. It also means that the argument that HS2 is a positive as it means more investment in the North is less valid as the investment is in the big cities and not in more deprived areas.

Another negative of HS2 is that the proposed stations are not in the main cities, they are in the suburbs, which can only increase the congestion to travel from these stations into the main city.

It is argued that even if there was need for high speed rail that Euston and the West Coast line is not where it should be targeted as these are not the most congested areas of railway. (Tom de Castella 2013)

We should learn from other countries such as France and Spain who have found that their high speed rail systems barely recover the cost to build them. (Tom de Castella 2013) France’s TGV system of high speed rail has an annual deficit of 3 billion euros. (Anja Nussbaum 2018)

According to (HS2 2019) the first passengers to use the full service will be in 2033; by this time it is likely that fully autonomous electric cars will be the default option for many travellers. Tesla have confirmed that they will release fully automated cars by the end of 2019.(Ronan Glon 2019) In times of such drastic changes in transport is it really the right time to commit to such a large and expensive investment?

No one can agree on the exact cost of HS2 with some estimates up to £80 billion. (Tom de Castella 2013) This money could be better spent on other schemes such as the introduction of 5G, charging points, improving roads and research for autonomous electric cars, rather than investment into HS2.

While it has been argued it is not a situation where investment can only be made on one or the other, its hard to ignore the impact of increased government spending and therefore borrowing. The investment will add to the national debt and this will decrease intergenerational equality when the next generation have to pay back this debt. Therefore, we must be sure that HS2 is the best use of these funds, and offers true value for money.

At the moment the time spent in cars is ‘dead’ time for the driver, possibly being able to make phone calls but little more. However, the fully autonomous cars mean that users will not have to drive and therefore be given the opportunity to carry out other tasks, meaning that the advantage trains currently offer in terms of productivity will be matched by cars.

These fully automated electric cars have lots of benefits compared to high speed rail such as: travellers being able to choose when they travel in their own personal cars, without worrying about schedules; not having to worry about delays; the freedom of their own cars means they don’t have to use stations and there are no restrictions on their destination; car users have their own space, can make phone calls without being overheard, listen to whatever music they like and don’t have to worry about who they have to sit next to!

In addition, users of electric cars would not have to worry about union strikes that at present cripple the train system. The 2017 tube strike alone cost over £500 million to UK businesses. (Dick Murray 2017) and the recent issues at Southern Rail caused huge disruption.

Therefore, I believe that many travellers would choose to travel in a fully autonomous car, rather than a train, when the choice between the two becomes real.

As consumers are becoming more aware of their environmental impact, the introduction of electric cars means car owners will eventually stop using diesel and petrol cars. However if government invest into HS2 rather than developing the electric cars this will slow process as most users will want cars as well as the option to use train.

Also, the lack of charging stations means, at present, electric cars are seen as a a gamble for many drivers, especially those travelling longer distanced. So if the government want to increase sales of electric cars there needs to be more investment into charging stations and they could use money that was going to be used to fund HS2 to fund this, and perhaps to increase the grants available to consumers when buying electric cars. The government have decreased the subsidies for consumers buying electric cars, this has dramatically decreased sales by one third (Peter Campbell 2019).

You also have to consider the environmental impact of building the HS2.  When first proposed, the reduced amount of carbon emissions (from travellers using the train instead of cars/planes) barely offset the carbon emissions created to build HS2. As the reality of HS2 has become clear we can see that HS2 may always create more carbon emissions than it cuts, even if it runs for 120 years. (Stop HS2 2019)

Another negative of HS2 would be that we’d reduce the demand for cars, which we produce a lot of. Firms such as Jaguar Landrover, Honda and Mini are all firms with large car manufacturing basis in the UK. They would miss out if consumers favoured trains over cars. Whereas the domestic production of trains is limited and so we have to import them. This means a leakage from the UK economy and a negative impact on the UK’s balance of payments. Instead the government could invest in roads and research for electric cars and harness the already developed car manufacturing skills in the UK to boost the economy even further.

The UK tech industry could also benefit if the government decide to invest in autonomous cars as we are key innovators with McLaren and Dyson who are world leading engineering firms in automotive and battery technology, both of which are needed to develop more efficient electric cars.

One of the only benefits of using HS2 rather than an electric car would be traffic could be avoided on the train, but innovators designing the electric cars have already started to develop techniques to solve this. Including better communication between cars to spread out congestion of roads.

In conclusion, the HS2 scheme is not economically viable as the introduction of fully autonomous electric cars may mean that HS2 is no longer necessary, the stations are not being built in the correct locations and better transport between big cities may mean that investment becomes concentrated in smaller areas.

I believe that we are building what would be helpful in the present, but as HS2 will not be completed until 2033 HS2 will be useless as we will develop new transport methods more quickly than we can build the old ones. Therefore we should cut our losses now and stop the development of HS2 and use the money to develop electric cars and give money to existing underfunded transport infrastructure schemes.