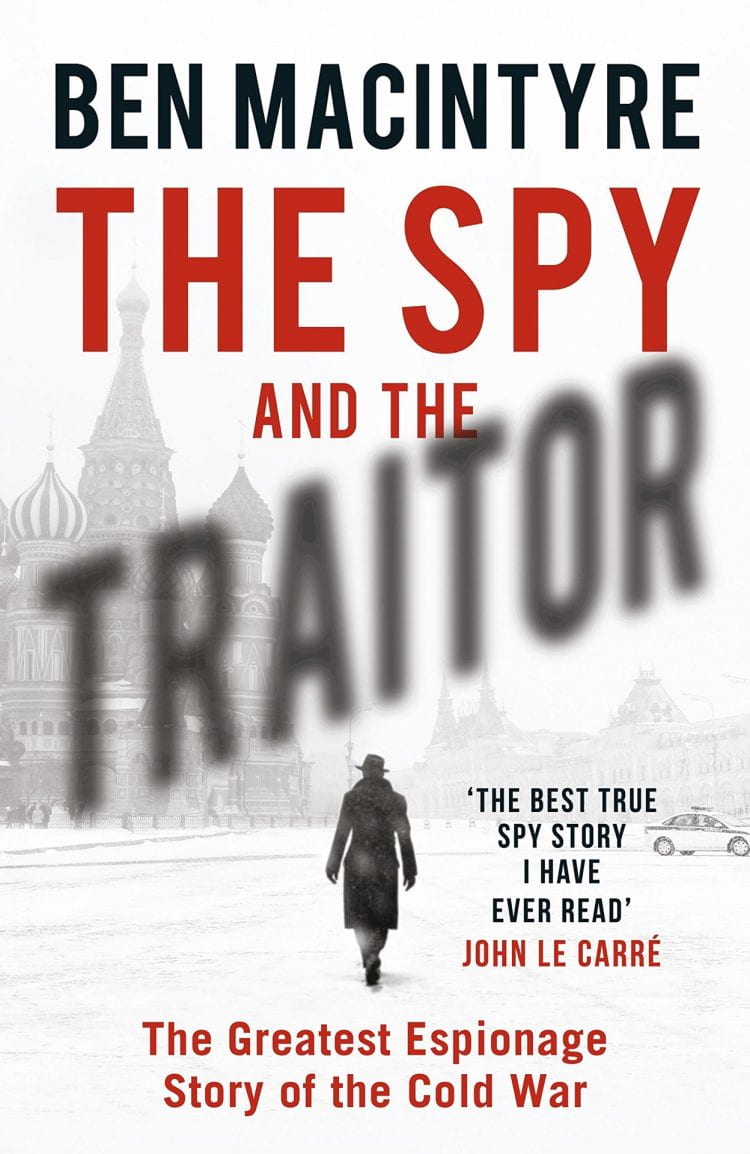 Over the past week, I have spent my time being utterly engrossed not by the surrounding views of the white sandy beaches of the Dominican Republic where I am currently on holiday, but by the thrilling tail of Oleg Gordievsky’s life in Ben Macintyre’s perfectly written biography The Spy and the Traitor.Throughout this book, Macintyre depicts the most important stages of the life of one incredible man: Oleg Gordievsky, a KGB spy who defected to Britain and gave unbelievable amounts of intelligence to both Britain and other NATO countries which helped to ultimately deflate Cold War tensions in the 1990’s. His story is one of immense bravery and courage; it is clear Gordievsky was not afraid to stand up against an utterly unyielding and relentless regime and I feel as though that is what makes his story something worth reading. 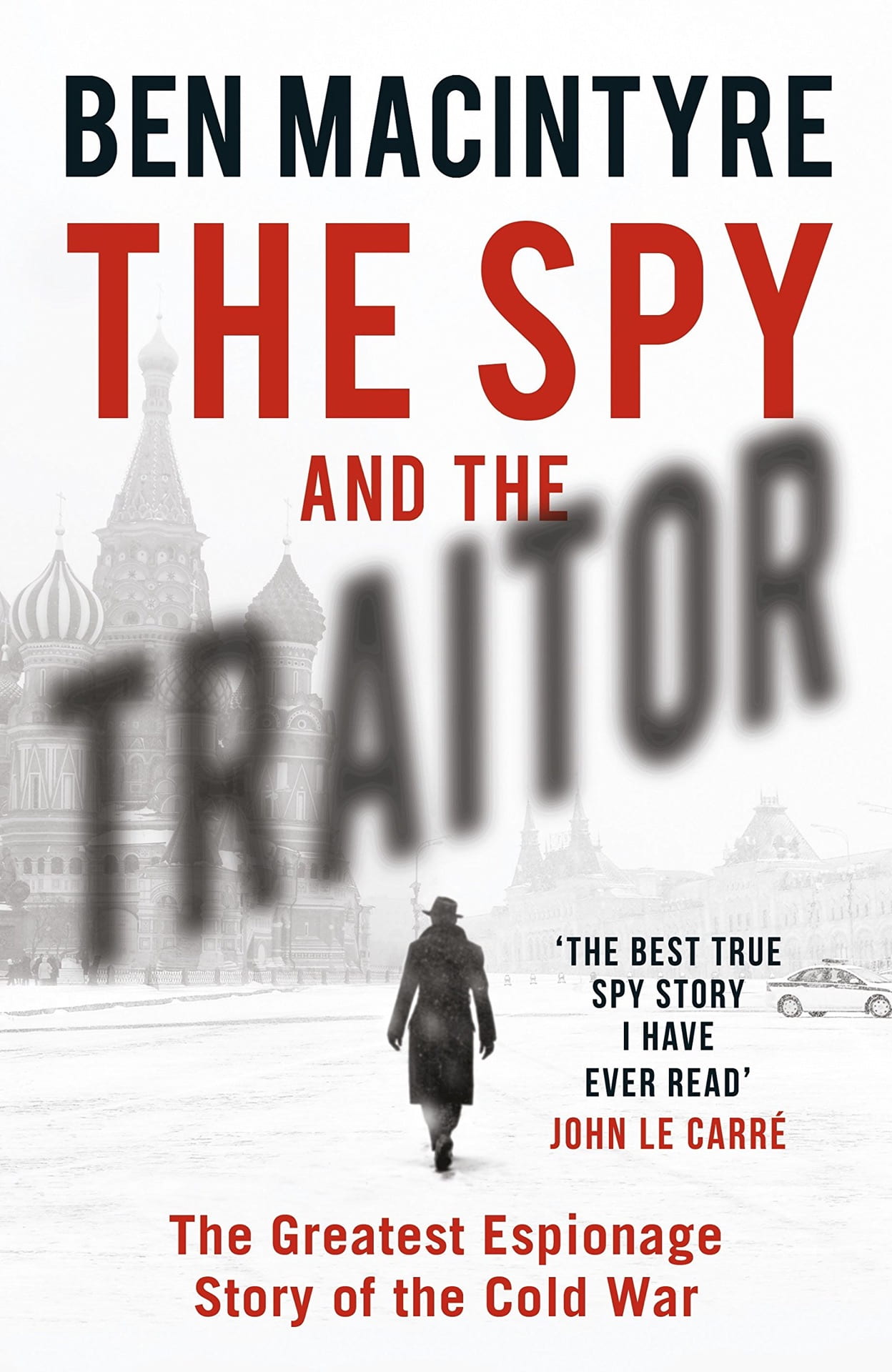 The Sunday Times describes Macintyre’s book and Gordievsky’s story as “mercilessly gripping”, an opinion I completely agree with. Macintyre’s style of writing is brilliant; he adds enough detail to completely immerse you into the life of a successful KGB spy wishing to defect without bombarding you with too much information. Gordievsky started to feel resentment towards the Soviet Union after the Prague Spring of   1968. Working in Copenhagen at the time, Gordievsky had already grown to love the western culture, specifically the literature and the classical music which were banned in the Soviet Union. His love for the culture mixed with the hatred of his country’s actions towards Czechoslovakia were the turning point for Godievsky and when he was approached by an MI6 official, he unsurprisingly accepted the offer to spy for MI6 from within the KGB. The depiction of both Godievsky’s defection and his subsequent work as a double agent is captivating; I literally could not put the book down. For over 11 years, Gordievsky worked for the KGB moving swiftly up the ranks all the way to Colonel, whilst simultaneously and without detection working closely with MI6, supplying information on secret KGB agents within the UK and other NATO countries, corrupted parliamentary officials and key insight into the structure of the KGB. His work became all the more useful when he eventually learnt English and began to work in the political sector of the London KGB office or the rezidentura(резидентура) in 1982. For 2 years Gordievsky would work here before achieving the position of rezident (резидент) or the position of Head of the London Office, unlocking a treasure trove of British intelligence. However, Gordievsky’s amazing work soon came crashing down when a broke CIA Officer named Aldrich Ames sold out the heroic defector to the KGB for a total of $1 million, and caused the newly appointed rezidentto be called back to Moscow, an unusual act from the Centre (KGB Headquarters), which left Gordievsky fearing for his life.

Part three of Macintyre’s book is by far the most gripping and tense; it depicts the unbelievable events of the KGB drugging Grodievsky only to interrogate him in the hopes of securing a confession, and subsequently his shocking escape across the Russian border with the help of a select number of MI6 agents working covertly in the Russian embassy at the time. The whole plan consisted of a massive charade played out by the MI6 agents and an immaculate dissappearing act played by Gordievsky. Upon reading it, it is hard to tell whether the MI6 team were just incredible actors or whether the KGB were just inherently stupid, for somehow the impossible plan seemed to work and Gordievsky managed to escape undetected across the Russian border into Finland. However, as always, the escape itself was not without its hiccups. I found myself turning the pages as fast as I could as the Soviet sniffer dog edged its way closer and closer to the boot of the parked car at the border in which Gordievsky was hiding, only to feel unbelievably elated when he arrived in England, finally safe from the KGB’s grasp.

Overall, I enjoyed this book immensely and I found myself waking up excited to read the next part of this heroic man’s story and his incredible sacrifice. I was left feeling rather saddened for Gordievsky; he lives now in suburban England under a false alias and under constant surveillance. Many Russian politicians, including Putin, still remember the effects that Gordievsky’s actions had against them and resent his defection, therefore he is still under threat from the East even to this day. Gordievsky is unable to tell anyone of his heroic acts and remains an unknown hero to his fellow neighbours. I feel his heroism and sacrifice for the UK should be known by many people and is one of the reasons why many should read this book. Gordievsky himself read the book twice and gave his review of the book as follows: “it is flawless”. I couldn’t agree more and I hope that more people learn of Oleg Gordievsky and the huge role he played throughout the Cold War.