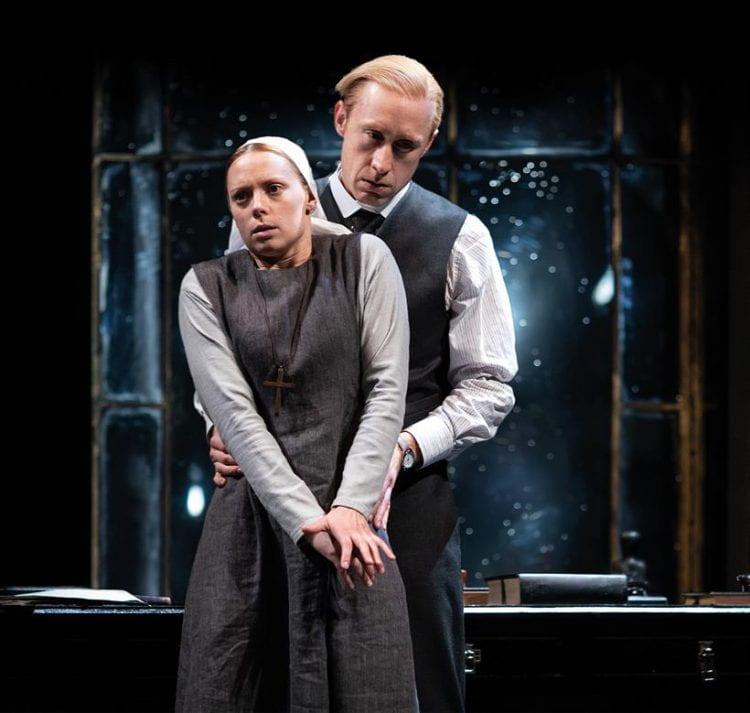 ‘Who will believe thee, Isabel?’, asks a smartly suited Angelo to the young nun that squirms under his grip beneath a burning spotlight. ‘Fit thy consent to my sharp appetite’, he warns, ‘Or, by the affection that now guides me most, I’ll prove a tyrant’.

This scene, featured in Shakespeare’s ‘Measure for Measure’, is eerie and uncomfortable to say the least, but in a time where movements like #MeToo are emerging on a world-stage there is certainly an added layer to the themes presented in the classic that seem, perhaps more than ever, to strike a chord with audiences in today’s socio-political climate.

The tale, for those not familiar with it, is set in Vienna, where, after the old Duke gives up his post and flees in disguise, his deputy, Angelo, uses his newly acquired power to revive old laws that aim to demolish the city’s brothels and discourage general loose morality. One such person who becomes victim to these harsh laws is a young man named Claudio, who is sentenced to death for getting his girlfriend pregnant. His sister, a novice nun named Isabella, pleads his case to the corrupt official, but Angelo’s only compromise is that he will pardon Claudio if Isabella sleeps with him, thus putting the nun in a deep moral conflict. Alongside the principal story a few sub-plots develop, mostly surrounding the town’s prostitution houses and adding some humour to the play, but the tale’s more sinister over-arching themes – morality, corruption, justice, and sex – make it one of the Bard’s ‘problem plays’ – plays that don’t neatly fit into the categories of either ‘tragedy’ or ‘comedy’.

Perhaps only proving the play’s longevity, the latest Royal Shakespeare Company’s adaptation of the play, directed by Gregory Doran, is set in early 20th century Austria, where a ‘glittering waltz-time world’ (Billington) only barely manages to cover the rampant moral decay and emerging ideas of free sexuality that clash with slowly-fading ideas of Christian morality. Just as Austria’s grandest cathedrals stood next to some of Europe’s most successful brothers, principal characters dressed-up in their most dapper fin-de-siècle finery, share the stage with prostitutes and citizens brandished ‘bawd’ or ‘lecher’, creating a noticeable contrast in status that perhaps distracts from the fact that the true corruption seeps from the top levels of society.

Another quirk particular to this adaptation is the choice to gender-swap Escalus, Angelo’s loyal advisor, and Provost, a prison official rather sympathetic to Claudio. Though gender-bending seems to be one of the more controversial topics in contemporary theatre, the choice to do so here only adds a layer of complexity that makes the play even more relevant to modern-day issues. Do we empathise more with Escalus’ conflict between loyalty and moral virtue as someone whose power seems largely dependent on men, or do we feel her to be perhaps more estranged from the issues other women face, imparting less solidarity with women who choose sexual liberty? The question of prostitution and sexual promiscuity is still one that divides feminists today. 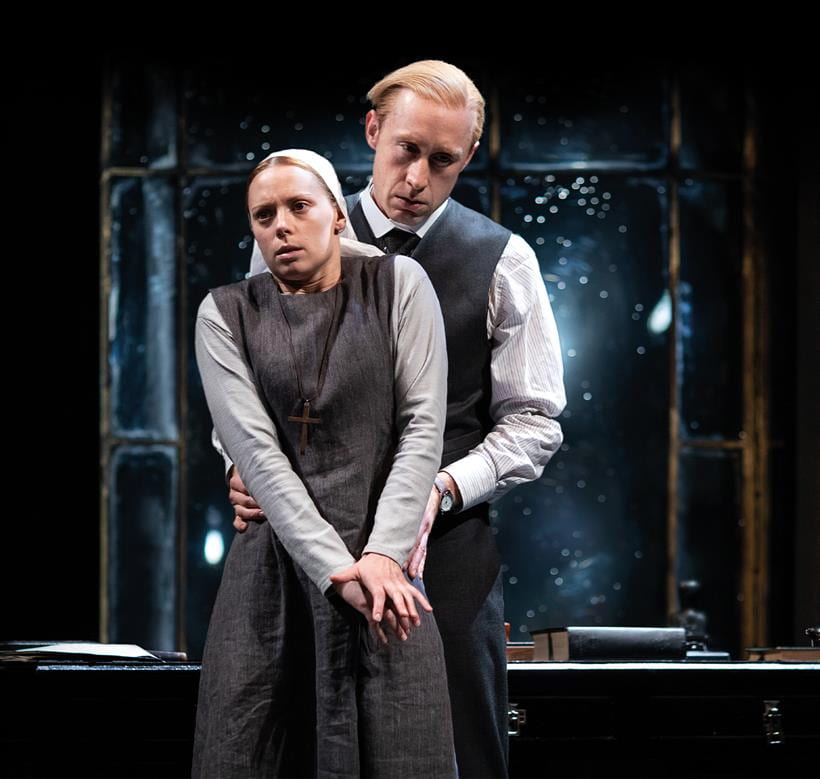 There is, too, of course, the infamous scene between Isabella and Angelo, played spectacularly by Lucy Phelps and Sandy Grierson respectively, which harkens all too familiarly back to recent stories of big-shots such as Harvey Weinstein who have been exposed for taking advantage of up-and-coming female actresses by promising success in return for sexual favours. Unfortunately for Isabella, she never quite gets her happy ending – Angelo narrowly avoids a death sentence and is let-off, although admittedly through Isabella’s pleading to the Duke, and the ambiguous ending of the play as the Duke’s proposal to the nun is met with silence perhaps garners a certain sense of pity for the woman whose destiny, even by the end of the tale, seems unwaveringly dictated by men.

As we can see, the play seems to open up more than one debate regarding gender and power, and there is still reams to say on the topic, in particular with regards to how the female characters’ identity seems principally tied to their sexuality and promiscuity, or lack thereof, and marriage status. However, it merely suffices to see the play to open one’s eyes to the issues that have troubled the ‘other sex’ from the 17th century up until 2019. The ever-lasting fame of Shakespeare and his works show no doubt of his genius, but the poignancy and power of ‘Measure for Measure’s key messages in particular is perhaps a wake-up call direly needed for the world of today.