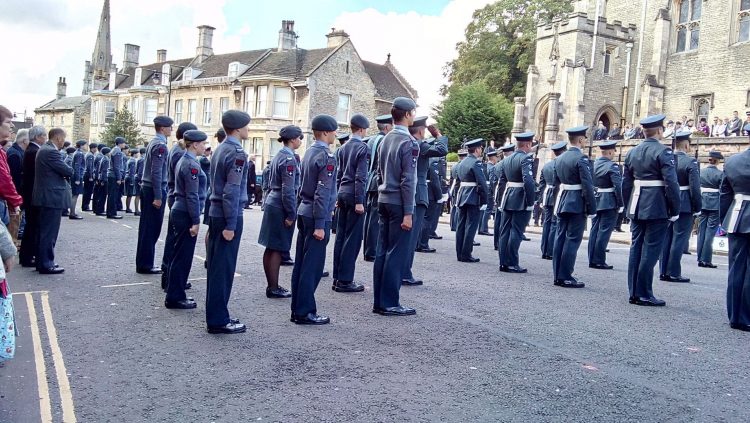 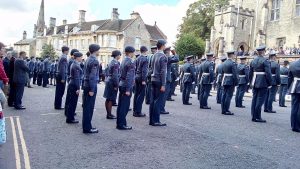 The annual Battle of Britain parade in Stamford is very important for the RAF CCF Cadets at Stamford Endowed Schools. This year, we were given the opportunity to march in the parade, alongside personnel from RAF Wittering and Cadets from the nearest ATC Squadron. Luckily it wasn’t too much of an early start; we all gathered in Red Lion Square promptly at 10:40 to carry out the usual buddy-buddy checks on our uniforms, to make sure we were stood in the correct ranks, and, of course, to compare how well we had shined our parade shoes! We attended the church service before the parade began, in which we remembered those who had lost their lives over 75 years ago fighting for our country during the Second World War. The Battle of Britain began in 1940 and lasted from the summer to the autumn of that year, with aerial combat taking place above the United Kingdom throughout. The service gave us the chance to reflect upon the men who had fought for us, and concluded with the well-known quote from Sir Winston Churchill “Never in the field of human combat was so much owed by so many to so few”. We all enjoyed it very much, and were in agreement with the fact that singing “I vow to thee my country”, everyone’s favourite hymn, was the highlight of the service. 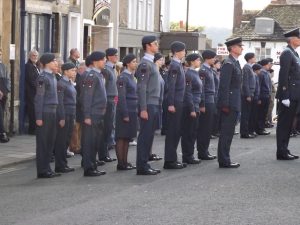 The actual parade began once the service had finished, marching from the church and up Broad Street to outside of Browne’s Hospital where we halted behind RAF Wittering for the ceremony and moment of silence. We nominated Chloe Smyth in Year 11 to take part in the ceremony and lay a wreath on behalf of our CCF Section and school; initially she was rather nervous however did an excellent job of representing us and made the school proud. The tradition of sounding the Last Post was carried out, after which followed a minute of silence for those parading and those watching everything take place. We concluded by continuing our march past the hospital and towards the end of Broad Street, where we came to a halt and had a quick debrief, congratulating each other on managing to keep our marching in time with the rest of the parade! All in all, it was a successful day for the RAF Section and those cadets who took part, and we thoroughly enjoyed the opportunity to pay our respects to all those who have served in the British Armed Forces, especially those during the Battle of Britain. 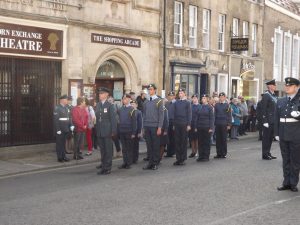