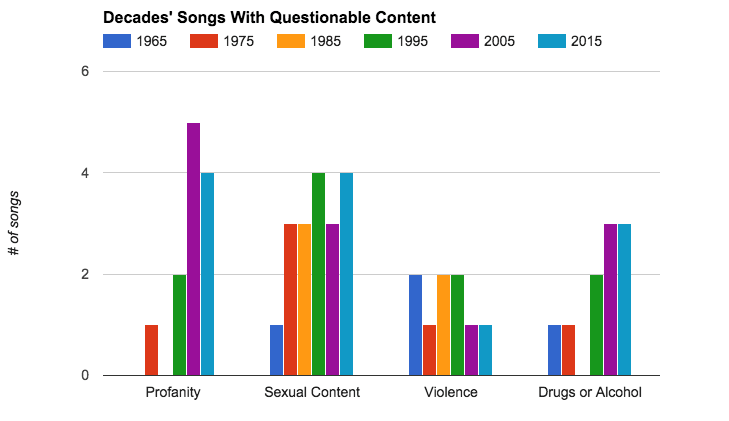 The State Of Modern Popular Music

Many people believe that music is not what it used to be. I believe that the quality of music has decreased overall from a multitude of factors. One of the biggest yet least recognisable factors is the lyrics of a song. Not only has the quality of the subject sung about has decreased, but also the overall quality of the lyrics and the way in which it has sung. I will first look at how the subject of the lyrics has changed over time. Generally the amount of sings which sing about questionable content has increased with an example below show as selection of songs sampled from the number 1 song on the 3rd week of April every year since 1965. The graph shows that in 3 out of the 4 categories, more and more songs have been sung about that topic as time has gone on showing that artists are relying on taboo topics more and more often in order to get them the main stream attention rather than the quality of the song.

Also the overall tone of the lyrics has changed with a more depressing feel. Many songs of the most well known songs of the 60s and 70s had happy feelings behind them with genres like Funk dominating the airwaves which always encouraged the listener to dance to them and giving an overall happier tone. Whereas the modern day mainstream is more focused on depressing topics such as the increased use of hate and kill in songs and the decrease use of word such as smile and happy. You can also see that over the years, more and more main stream genres of music have larger and larger word counts. This includes genres that dominates the airwaves such as R&B and Pop averaging about 550 words per songs. At the same length, genres like Rock and Country, which are generally considered harder to break into, average about 300 words in the same length of time. This is because people of these genres also show off there musical prowess with guitar solos. Guns N’ Roses barley went a single song without an impressive solo from Slash. These days, mainstream music relies on just pumping out as many words as you can to hide the fact you don’t have any musical talent. 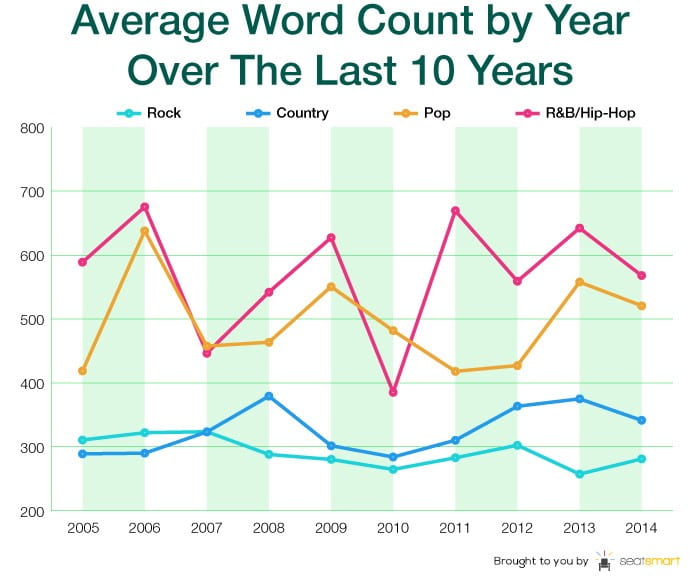 This brings me on to another point which is that many modern day ‘artists’ have next to no musical talent compared to those of the 70s and 80s. many factors can be attributed to this. In my opinion though, the greatest factor for this is programs like Garage band. I’m not saying that Garage band is bad but that I believe it has done more harm than good for music. It means that you no longer have to go to a musical professional, who can see someone talented and someone who is not, and record. Nowadays you can do it on an old, cheap Mac. This means that people who have no talent can put an apple loop of a drum beat over a poor recording of their voice, record a video of them partying and then put it out for the world to hear. It used to business which was expensive and it could be costly to take risks and you wouldn’t put your money on an untalented idiot whereas nowadays, places like Apple Music, Spotify and others are being flooded by so much trash music that it is almost impossible for a talented musician to get his music out.
This also brings me onto another point which is that at this point, mainstream ‘artists’ are no longer musicians, but rather celebrities. Not many of the musicians who you would consider the most well known are really known for their high quality performances and skills. Take Justin Bieber for example. His ‘breakthrough song’ Baby was criticized heavily from when it was released right up to today, only last year loosing its record on YouTube for being the most disliked song on YouTube, but why was it so popular despite its critical reviews, because of his looks. Had he looked a bit worse, would he have broken through with Baby, most likely not. Back in the 70s and 80s, musicians were know as musicians. Mainstream one such as Axel Rose and Freddy Mercury where known for their incredible vocal talented (4 octave for Freddie and Axel having an almost unparalleled 6 octave) as well as more their incredible Piano skills with both showing them off frequently in songs such as Bohemian Rhapsody for Freddie and Estranged for Axel. They each gave there own personality and power to each of their songs. 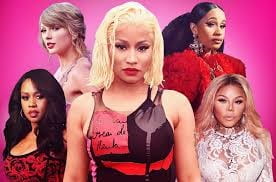 The music which is mainstream, is all starting to sound the same. One reason for this is because, a common trope, that most mainstream ‘artists’ lack or have no musical talent of their own and instead rely on their producers to make the music and the lyrics. An example of this is in Summer 2016 where 4/20 of the billboards top 20 songs, with 3 of them in the top 10, were written by 1 person, this is why it is sounds the same because you are essentially listening to 1 man, a producer, not a musician. Another thing which is making modern music sound the same is the horribly damaging ‘loudness wars’ where each song tries to be louder than the song before it and they was they do this is by normalising the tracks, compressing them down to the same volume, this means that everything from the synth drums to the synth guitar to the vocals are at the same volume. This includes, at many times, the removal of higher and lower pitched frequencies, robbing the sound of ‘fullness’. They then turn this compressed sound up to the loudness it can be, just to make it stand out on the radio. Sometimes the singers only sound good when they are quiet, therefore they are recorded quietly and then have to turn them up, creating noise and stretching the waves, ruining the sound.

Overall, I believe that music is not what it was. I believe that the quality has decreased due mainly to the reasons stated above. This doesn’t mean that all modern music is bad, there are some genuinely talented musicians, but with all the trash nowadays, they have turned more from a luxury to diamonds in the rough.