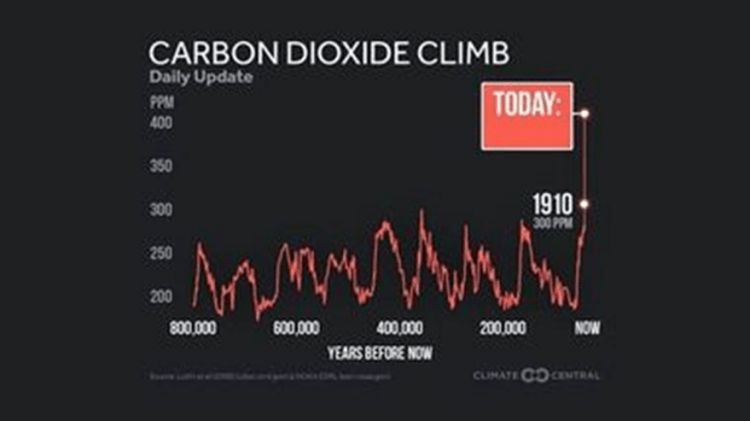 What is the impact of global warming on our oceans?

Before we can look at the oceans, we need to look at global warming. What is it? Google would define it as, ‘the long-term rise in the average temperature of the Earth’s climate system.’ In recent years this natural warming has been accelerated by human impact, increased amounts of carbon dioxide (CO2), in the ozone layer warms up the global climate. CO2 molecules and others such as methane (CH4), nitrous oxide (N2O) and chlorofluorocarbons (CFCs), are called greenhouse gasses, (GHG). They trap and retain heat given off by the radiating heat escaping the earth’s surface. As global carbon dioxide emissions continue to rise, due to reasons such as industrialisation, fossil fuel usage and land use changes, our atmospheric CO2 concentration is at global record high of 410.57ppm, (as of 30th November 2019). As of 2017, the largest countries contributing to global warming are China, United States, India and Russia. 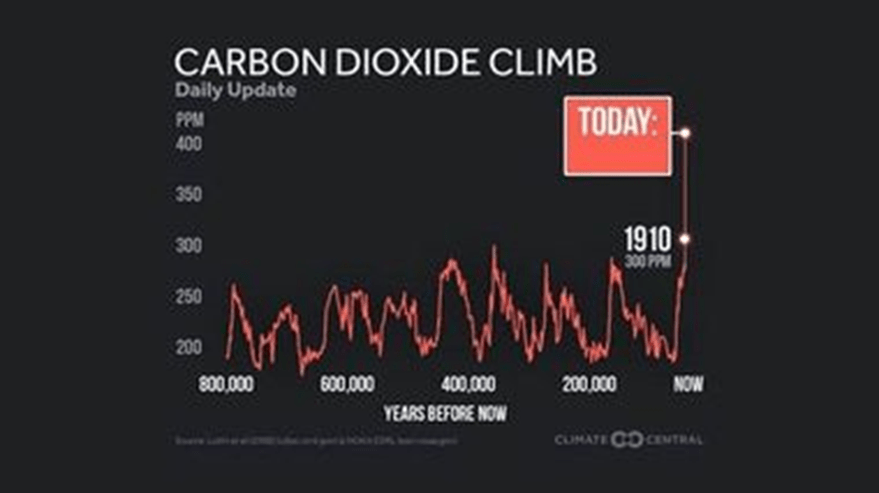 The global temperature has been increasing, according to NASA, in the last decade by 0.7°C, this is ten times faster than the average rate of temperature rise. This has had a knock-on effect, causing the ocean temperatures to increase. According to Data from the US National Oceanic and Atmospheric Administration (NOAA), it has been increasing by 0.13°C every decade since 100 years ago. The oceans have absorbed this heat from excess heat trapped by the GHGs, causing the increasing temperature. A report published by the Intergovernmental Panel on Climate Change (IPCC), showed that our oceans have been absorbing more than 93% of the excess GHG emissions since 1970. There evidence is clear to link global warming and ocean temperature rise. 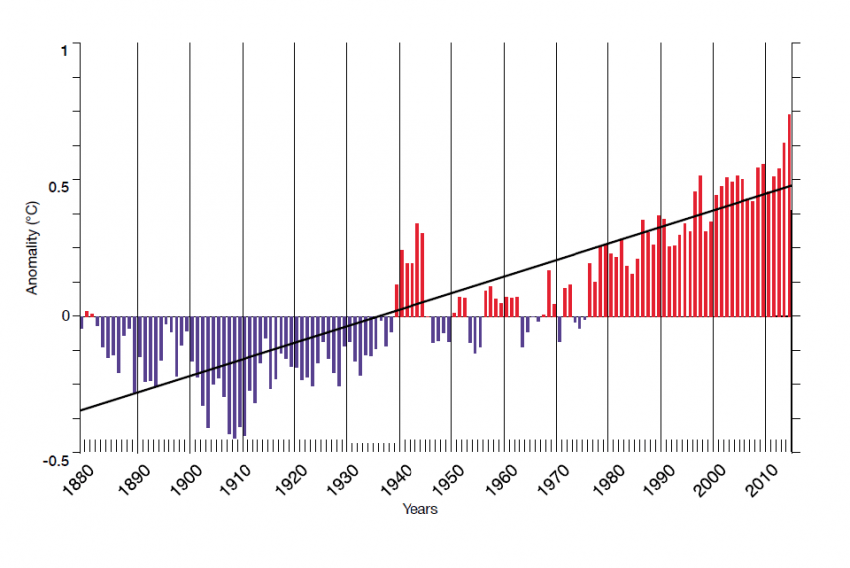 The ocean covers 70% of the Earth’s surface and have a vital role in many different aspects of our life, they are the fundamental carbon sinks and sources of our global carbon system, housing the main sources of fossil fuels used and relied heavily in industrial processes. They are the natural habitat of an estimation of over a million different types of species, with complex food chains and trophic levels, with 91% of ocean species still yet to be discovered. Microscopic organisms that live in the oceans, such as algae and phytoplankton, and larger organisms such as kelp, are responsible for more than 50% of the oxygen we breathe, as the product of photosynthesis. The United Nations stated that, the oceans are a necessity that over three billion people depend their livelihoods on. The estimated economic value of the oceans generated from the United States is $282 billion, employing just about 3 million people in some way. Lastly, it is the regulation of the global climate patterns. Needless to say, the oceans are hugely important to us all.

As mentioned, the oceans are a carbon sink, carbon sequestration in oceans has two mechanisms, a physical pump and a biological pump. The physical or inorganic pump relates to the movement of CO2 through vertical (deep and shallow water) and lateral currents. Carbon dioxide diffuses into the ocean from the atmosphere, with help from wind agitating the water surface, where surface lateral currents move it towards the poles, where it cools, becomes dense and sinks, called a downwelling. The dissolved CO2 brought down into the deep water will remain there for around 1,000-10,000 years. Deep ocean currents will bring the carbon dioxide back to the surface at an upwelling, the CO2 then diffuses back into the atmosphere.

The biological pump refers to the transfer of carbon from atmosphere, into the ocean via actions of marine organisms. Photosynthesising organisms draw in approximately 50GT of carbon every year, these organisms as mentioned before are the driving factor for this carbon pump. The dissolved CO2 from the atmosphere is taken up by the organisms to be used for photosynthesis in the reaction, 6CO2 + 6H20 + → C6H12O6 + 6O2. This is the simple equation, photosynthesis has 2 stages, the light dependent reaction and the light independent reaction (the Calvin cycle). These follow complex reactions which require different coenzymes, with many intermediate reaction steps, in different parts of the chloroplasts. But not to stray from the topic, the organic material made in photosynthesis, is passed through the trophic levels of the vast food chains as the organisms are consumed. if an organism dies and rests on the sea floor, Saprobionts (decomposers) such as bacteria and fungi will then break down and release the organic material back into the oceans. Other organisms use carbon from the oceans to construct exoskeletons of calcium carbonate (CaCO3) such as molluscs and crustaceans, coral reefs are also made of calcium carbonate. After their deaths, the shells and skeletons accumulate at the ocean floor, and after thousands of years with the help of immense ocean pressure, the sediments are lithified to form limestone and chalk, another carbon store.
An impact of global warming is ocean acidification, there is a lot chemistry behind this concept. Le Chatelier’s principle states that if a change is made to an equilibrium reaction, the equilibrium will shift to oppose the change. The dissolution equilibrium reaction is, CO2(g) ⇔ CO2(aq). This is the basic equilibrium under normal conditions, but with the increasing carbon dioxide gas concentration in the atmosphere means that the reaction will oppose this increase and favour the forward reaction, resulting with more CO2(aq) in our oceans. CO2(aq) is acidic and reacts with the carbonate buffer which maintains the oceans normal salinity pH of 8.2, in result of this the oceans in the past decade have experienced a 0.1 pH decrease so current standings of the oceans pH is 8.1. the reaction of this is, CO2(aq) + CO32–(aq) + H2O ⇔ 2 HCO3–(aq), as there is more CO2(aq) present the forward reaction is favoured meaning that even more H+ ions are present, making the solution more acidic. As the oceans become more acidic the effects on marine life will become more evident, acids react with calcium carbonate to produce salts, water and carbon dioxide. The increasing acidity has an impact on organisms that rely on calcium carbonate, they are unable to build strong shells, which make them susceptible to predation. A reduction in these organisms has a knock-on impact on the trophic levels further down the food chains, creating vacancies in food sources and demand on other species.
Coral bleaching is the decolourisation of coral polyps as the algae (zooxanthellae) that inhabit the reefs leave, a prolonged time at this state can ultimately lead to death of coral reefs. This is believed to be the result of many different factors including, increasing ocean temperatures, ocean acidification, pollution and overexposure to sunlight. Under stressed conditions, the corals expel algae from it, causing the white appearance of reefs as only the calcium carbonate structure is left. If the zooxanthellae fail to recolonize the coral within a few months, then the coral is considered dead as no further life can grow. In tropical climates, coral reefs are the foundations of many important ecosystems, such as the Great Barrier Reef. It has experienced mass bleaching in recent years resulting with a decrease of baby coral by 89%, meaning that future growth is expected to halt in the upcoming years if no change is made and is likely that the coral may never recover. The niche of a coral reef is its role in an ecosystem or community, they provide natural habitats, breeding grounds, shelter and food for many different species, studies have already shown a decrease in fish communities as a result of bleaching. In turn, coral bleaching has a great impact on the people that depend on its wellbeing for their livelihood, whether that is for employment, goods, income or food.

The estimated economic loss due coral bleaching varies from $20 billion to $84 billion, over a 50-year timespan. 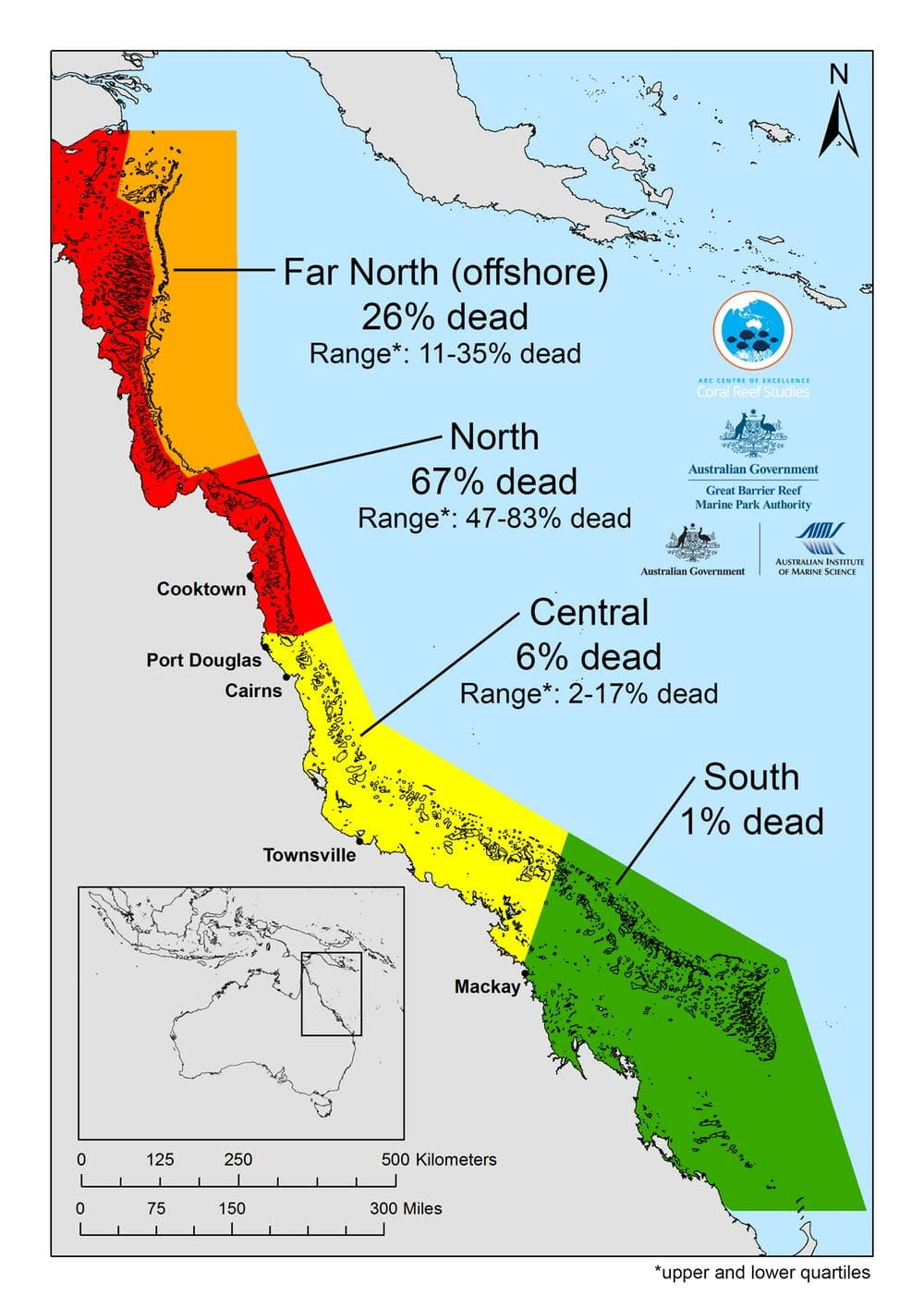 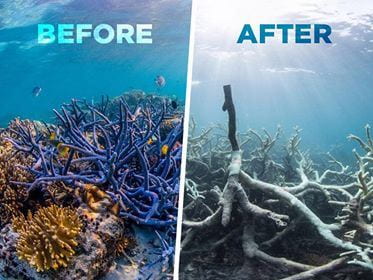 Hurricanes, typhoons and cyclones are all extreme weather patterns that are controlled by ocean temperature. They cannot form in waters where the surface temperature is below 26°C, as water molecules don’t have enough energy to evaporate at a large scale and create humid air and clouds. This being said, with the increasing ocean temperatures, we can expect to see more of these weather patterns arising, and not only at the tropics, but further towards the poles where the oceans are getting warmer, impacting places that are also perhaps less prepared for these natural hazards as they are not expected. There has already been a detectable increase of Atlantic hurricanes and tropical cyclones in the 20th century.
One of the most significant impacts of global warming on the oceans is its increasing sea level. The past decade the sea level has risen globally by 3mm per year and the trends show that it is accelerating. The sea level only increases when land-based ice sheets melt, such as Greenland, Antarctica, high altitude glaciers and ice caps such as the Himalayas, realising water into the oceans, however this doesn’t mean that ocean-based ice sheets don’t have an impact. Arctic ice has a high albedo, which means it reflects a large portion of solar radiation back into space. The increasing ocean temperatures and atmospheric temperature, means that arctic ice is melting at an extreme rate, reducing the Arctic albedo affect. The ice is being replaced with the sea water, a dark blue colour which has a lower albedo, meaning more heat is absorbed than reflected. This then contributes further to the ocean warming, which then warms up the poles, where most land-based ice sheets are located, accelerating the melting and therefore increasing the ocean sea level rise. This has a global impact; low-lying coastal land is lost, threatening up to 630 million people. This is expected to have serious geopolitical implications resulting in mass migration away from the coast, as high-density areas such as Bangladesh are highlighted to be at risk of severe flooding.
To conclude, global warming is influencing and altering the oceans natural processes by increasing its temperature, making it more acidic and creating a sea level rise. These processes are natural and have all occurred in the earths’ history, but what is different this time is the rate at which it is happening. The question is, how can humanity adapt, cope and deal with the significant challenges being thrown at us at a pace never expected? Can we cut down our carbon emissions to prevent, reverse or slow down the effects already brought upon us in time before it becomes too late?