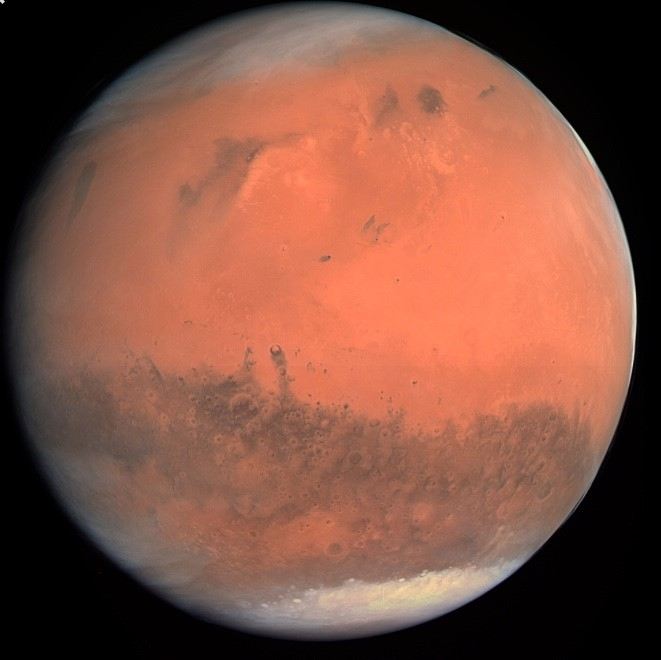 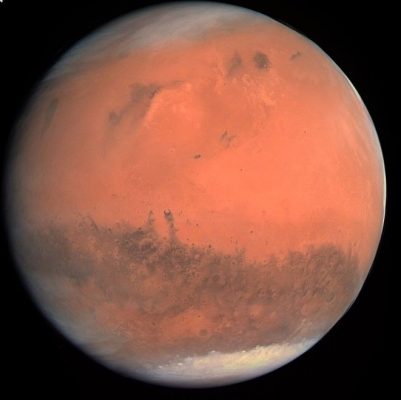 In 1969 when Buzz Aldrin first stepped onto the moon the world was in shock. A feat that had never been accomplished ever before and one that would unite the world under decisive times. Why was it so good? Well one example is that after the moon landing PHD intake in American Universities tripled (Guardian). This led to the future generation as we know it today to be the heads in their retrospective fields. In maths and physics especially the numbers doubled. This move made sure that there was a new era of development that was much needed for our ever reliant species. Nowadays Earth’s resources are not enough to cope with our expanding population. By 2050 we will run out of food and oil as our population will near 9 billion. We only have finite resources. So this is why we need more students who will develop and expand our knowledge. This is why we need them to find a way to make us more sustainable and make sure that the human race carries on. And the way to inspire them: a manned mission to Mars. It worked for the Apollo landings, developing America into what it is today so it will work now to inspire our generation to aspire to change the world. So by inspiring a future generation to conquer the unconquerable, to discover the undiscoverable, we can solve global crises and further our understanding of the universe.

Throughout the history of mankind we have been a species of exploration. Whether it was Columbus discovering America or for Neil Armstrong being the first man on the moon. Going to Mars will fuel our human desire to explore and develop as a species. Conquering the unknown. As Robert Zubrin says, it is “one of the reaffirming pioneering characteristics of our society”. Going from the Moon landings to the Mars landings was just like going from discovering Greenland to discovering North America (Leif Eriksson). It is the next logical step for humanity. Mankind’s place is among the stars. Simply perusing pictures of space sent back by unthinking, unfeeling robots would never be enough to satisfy humanity’s curiosity. Governments should not try to slow Man’s progress to the stars but should promote and fund it; doing otherwise however is to end part of what it is to be human.

Furthermore, the exploration of Mars will unite us as a species in such hard times. People aren’t excited when they see robots launched into space; there is no drive, no excitement about a rover with a computer. To spark people’s imaginations and enthusiasm for space travel, astronauts must be involved. It is harder for people around the world to evoke a sense of connection to each other from an unmanned space flight. Manned missions, however, can unite of all humanity. Scientists from around the world have worked together in the development of the ISS and other space-related projects. Looking beyond what we already know serves to unite humanity in a way nothing else can. When the Apollo astronauts first transmitted images of the Earth back to the public, the sight of it completely changed the way many people viewed themselves. There was for the first time a sense of oneself, of citizenship of Earth. In the exploration of space, astronauts are not just citizens of their own countries, but are showcasing the entire human race. And their goal is to explore the unknown. A challenge that will drive us as a species is what we all want and need. By working together in the global community it will drive the spirit of development and working together, and hopefully something that will focus us on something bigger than all our petty disputes. In this way space exploration actually gives mankind a underlining purpose, promoting peace and understanding among nations that no amount of conventional diplomacy can create.

Scientifically this is crucial to our development. Living on Earth, as I said previously, will not last. We have a finite planet. And there are a vast number of other factors that could lead to our eradication. Back when dinosaurs roamed our planet they were killed by a single asteroid. By putting humans on more than one planet it would ensure our survival as a human species. Mars is this feasible option. It has a day length similar to ours, ice on the surface and an atmosphere that is similar to the base of the Himalayas. And once we get men on Mars we can live there. By raising the south pole of Mars by just a few degrees we will accelerate global warming there, something that we are very good at here on earth. This will mean that trapped CO2 and water in the ground will turn into gases and liquids. In turn we can plant plants on the surface then which will then produce oxygen so that we can breathe. So Mars is a feasible option.

But also by exploring mars we will develop cutting edge technologies. These technologies can be used in other fields such as medicine and engineering to develop existing technology and improve human life. For example nowadays the water purification system on the ISS is being used to get fresh clean water for people in Africa. Work on NASA’s new Space Launch System and Orion capsule has led to faster ways to charge batteries, and to the development of advanced manufacturing techniques and lighter aircraft structures. So with these developments from things we have today, what will we have in 2033?

But the underling goal of exploring Mars is to find life. The number one goal for Nasa is to find life. Recent discoveries through using a portable, miniature DNA sequencing device which was developed by researchers in Canada, has made finding life on Mars even easier. We want to find ice on other planets to prove that it was once possible and can be possible to live on other planets but also to possibly answer questions about the universe. About whether we are the only ones living in it. “If the processes that got life going on Earth are universal, then some form of life should have got going.”(Monica Grady)

To finish, I leave you with a quote by George Mallory. When asked “Why do you want to climb Mount Everest?” he answered, “Because it’s there.”

So our answer as to why we should go to mars? Because it’s there. 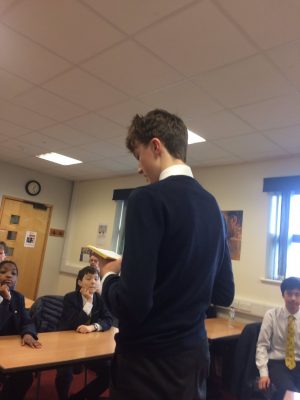 Calum’s blog was originally part of the following debate.

This House Supports a manned mission to Mars (Ancaster = Proposition)