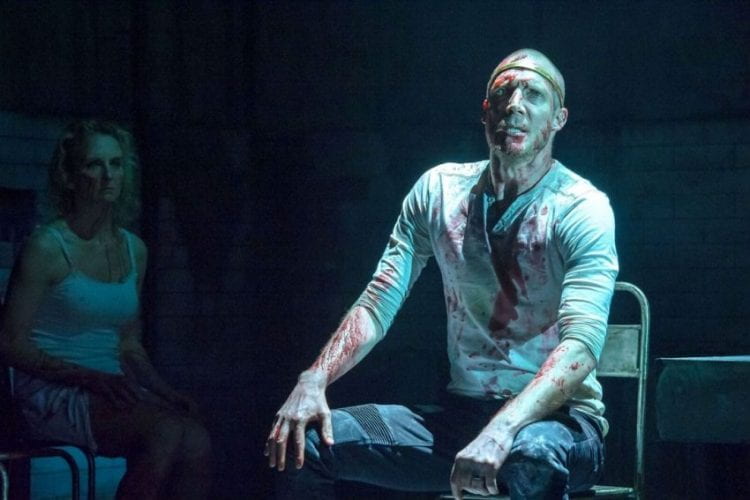 MAC – A screenplay by Jasper Blake

What’s this tramp on? Coke?

Mac Luit’ of the jerseys.

The hell he on about?

MAC steps toward the 3 hobos.

Mac, pin of the jerseys.

They’re as high as a kite mac.

MAC leans toward the hobos aggressively.

What you on? Skag? Speed?

The hobos shy away.

Mac, we got to be at the face’s place.

MAC spits on the hobos and gets on his motorbike

INT. under a bridge – the same night

MAC and BANK take their motorcycles to an underground bridge where they meet the rest of the Jerseys. Duck is the pin of the gang and is getting old.

(shouting to get the attention of his gang)

The word on the street is that one of my luits’ is a rat for the pigs, I had him taken care of… the new luit’ is Mac. sadly, we have heard that Gus is having the steel road out…

MAC is stunned that the hobos predicted that he would become a lieutenant.

MAC has a wife called CONSTANCE she is slender and has perfectly straight black hair. MAC has told her about the encounter with the hobos and how they predicted he would become lieutenant.

No… we just have to slit Duck.

Just think what you could be if you were pin.

Should I pull the shiv on him? My girl will have the jigs whilst I do the deed. Ill must get used to wearing a peel or maybe I will just have a stainless-steel ride. Not just the pigs will be onto me but me on thugs. Maybe I just need some brake fluids or big juice. Mabey I should just do the Dutch act, and this will be over…

MACBETH decides to kill duck. He pulls out a handgun and puts a silencer on it. He then walks into DUCKS room and pulls the trigger. He cleans the weapon with bleach and places it back in his drawer.

Other gang members have found DUCKS dead body. One of the people that has found him is DUCKS son, who is a heavy steroid user.

MAC wakes up and acts surprised about the murder as to not arouse suspicion. DUFF pulls out a long knife and charges MAC.

They scuffle and MAC manages to get the knife out of DUFFS hand.

Ducks been shanked up!

DUFF lets MAC get up and he walks into DUCKS room and looks at the bloodied surroundings. Duff realises that he would be the main suspect and flees to Manhattan.

MAC has met up with two hitmen and is paying them to kill BANK.

Will you be good?

He’ll be as merked as a dead hippy.

If he isn’t you should be shook as a whip will be heading you way.

MAC is at his gang-owned warehouse which is used as a cocaine lab. It is dimly lit, and the workers are in the underwear, so they don’t steel any drugs. With MACBETH is SMILEY, FLY and RATTLE who are all lieutenants in the gang.

MACBETH steps forward and puts his hand on SMILEY’S throat.

Then why aren’t we making it?

We don’t have a supplier

MAC pulls out a gun and shoots him in cold blood. The other lieutenants are shocked.

Anyone else wants to say something about the food?

Suddenly MAC sees a glimmer. But he just shakes it off and does not think about it.

MACBETH sees another glimmer and thinks it slightly resembles BANQUO.

The figure comes closer and puts his hand on MACBETHS shoulder. He is visibly scared. The lieutenants are confused as they cannot see the figure.

The figure stares him straight in the eyes and does not move.

NO! no! This isn’t happening!

It is late at night and MAC is standing outside FLY and RATTLES shared apartment. He has a gun and gasoline in his hand. MAC walks into the apartment building and climbs the stairs. He bursts into FLY’S and RATTLE’S room. Fly hears the door and walks into the main room.

WHAT THE HELL MAC!!

MAC shoots FLY and he hits the floor. MACBETH walks up to FLY and shoots him in the face mean while RATTLE gets out a shotgun and shoots MAC but not fatally. MAC stumbles but still shoots RATTLE in the head. MAC stumbles around the apartment and pours gasoline everywhere and lights it.

MAC is listening to the radio whilst CONSTANCES is in her bedroom.

In other news an apartment building has been complete destroyed because of a fire. 34 people died including 5 children.

MAC smiles to himself. Suddenly a gunshot rings out and MAC flinches. He runs into CONSTANCES room and finds her dead body inside.

MAC has returned to where he spoke to the hobos originally. He finds them with ease.

What the hell have you junks done!!

MACBETH grabs one by the throat and spits on his face.

WHAT WILL HAPPEN NEXT?!

MAN, OF WOMAN SHALL NOT SLAY YOU.

MAC lets go of the hobo.

MAC is in his grainy apartment. He is drinking and snorting cocaine but is unaware of the approaching rival gang led by DUFF looking for revenge. DUFF and his gang are outside the apartment building.

MAC is startled and looks out of the window and sees 50 gang members ready fight.

Come get me DUFF! COME GET ME.

Alright, well we will have to go in.

DUFF and his gang charge into the building guns drawn. They burst through the apartment’s door and meet with no resistance as all of MAC gang members have deserted him, but MAC is not there.

DUFF suddenly sees the fire escape door open and charges up the outside stairs.

NO MAN OF WOMAN CAN SLIT ME DUFF

Oh, don’t you know, I was born out the sunroof.

MAC is shocked. DUFF uses the opportunity to open fire and shoots MAC in the chest and head. MAC falls to the ground dead. 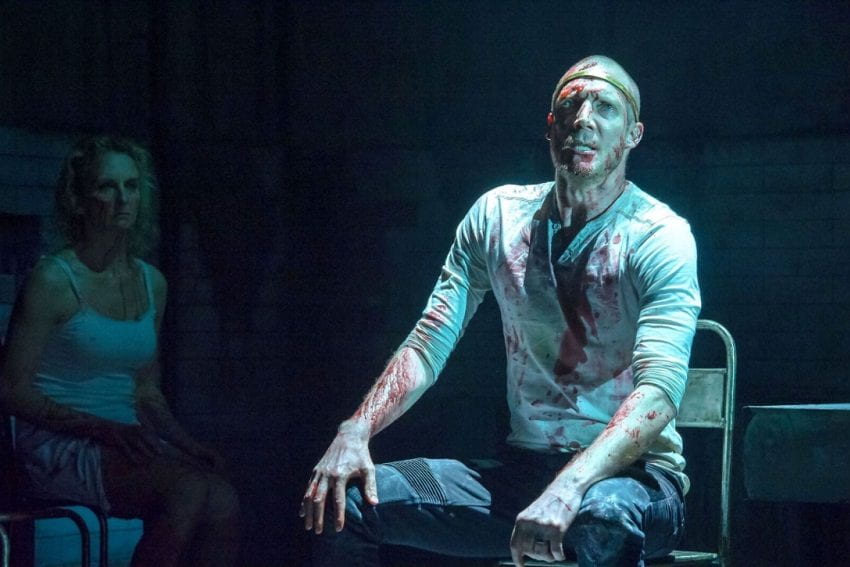