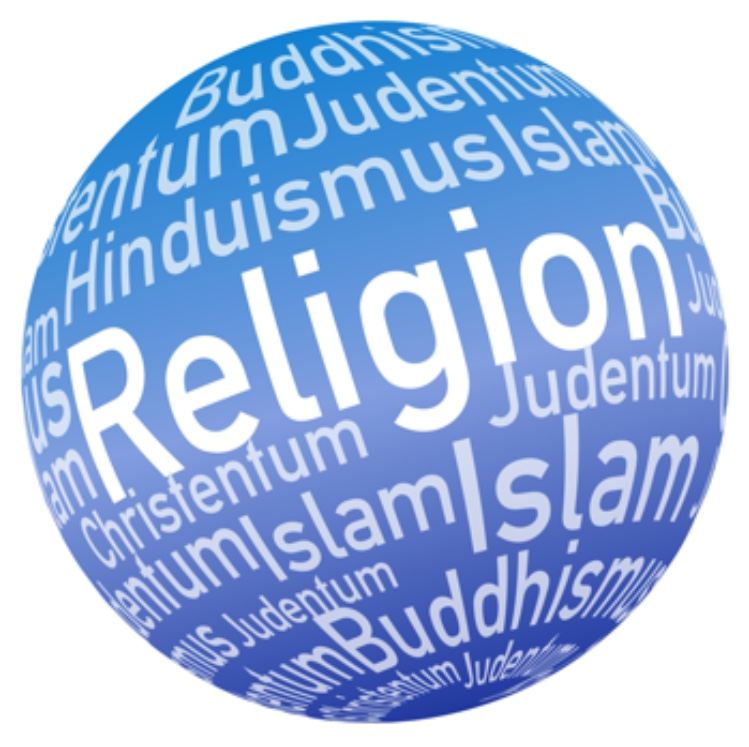 Does religion still have a place in modern society and if it does, what place? 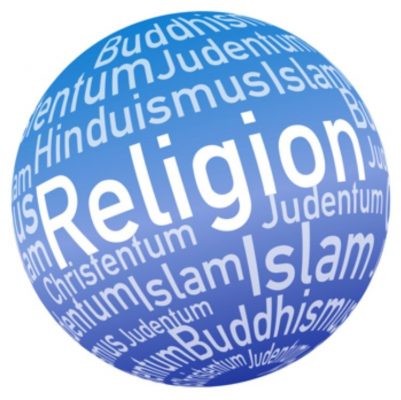 Religion is currently prominent in all areas of the world, and is widely practised by all different cultures. However, since the rise of secularisation, some people are arguing that religion is a thing of the past, and doesn’t have a place any more in the modern world. To explore this question, I shall be addressing four main points to discuss whether religion should remain a justifiably eminent aspect of modern society – in particular, British society. These four points include: The Monarch’s role as the head of the Church of England, religion’s role in politics and democracy, public holidays and the evident growing diversity of beliefs. Personally, I believe that however obvious it is that the popularity of religion is declining, religion does, and will always, have a place in modern society, however irrelevant it may become in the years ahead of us. I think this because religion has played such a significant role in the development of society and culture, that we will never be able to be without it – religion is ubiquitous, and is present in the roots of everything we know of, and therefore shall always be there no matter how much we evolve and develop, as a nation and as a human race.

To begin, I shall be discussing the role of the Monarch as the head of the Church of England, and whether it shows that religion still deserves to be a part of modern society. Firstly, our Monarch is not only the Queen, but also is the Head of State for the UK and 15 other commonwealth countries, as well as being the Supreme Governor of the UK’s established church – the Church of England. This means that she has promised to maintain religion and the Church in the UK. However, surely this means that the Church of England is the favoured religion in this country, and other religions – such as Hinduism and Buddhism – are second best? The Queen herself addressed this view in her jubilee year when she said; “the Church has a duty to protect the free practice of all faiths in this country”. So, even though the main religion is the Church of England, the UK accepts all other religions, and the people of those religions, in this country. And if the Monarch, and the many Monarchs to come, are promising to uphold religion at their coronation then, surely, it’s going to have a place in modern society until the Monarchy collapses? The Monarch is supposedly the most powerful person in the UK and they think that religion should still have a place in modern society, inevitably everyone is going to follow them. Although, is the Monarch all that powerful?

The Queen is unable to make any decisions by herself, and has only become Queen because of her bloodline, not because she was consciously chosen. Why should we immediately accept what the Monarch enforces? In reality, all she is is a symbol of the development of our country, but she really doesn’t have any serious impact on the democracy and politics of the country. Furthermore, supposedly the Monarch must defend the faith. However, if religion were still truly prominent in modern society then she shouldn’t have to have a title in order to make sure it stays that way. In addition to this, the question asks about religion in general, although the Queen is only appointed to defend the Church of England. Out of the four countries in the UK, only England uses the Church of England as their established church. Surely this is putting England over Wales, Northern Ireland and Scotland? The Church of England was disestablished in Wales in 1920 and Scotland never had any connection with it. So, isn’t the Queen saying that although the Church of England may have a place in British modern society, the other religions technically don’t, even though she argued that point in a speech she made in 1953. Finally, isn’t the fact that the Queen has to be an Anglican in order to rule quite a backwards concept, given that we are in the 21st century? She is also unable to marry someone who is not of the same faith as herself, which is also rather anachronistic. It also creates the idea that other religions, such as Catholics, aren’t good enough to be part of the Monarchy, which is quite discriminatory. Overall, I would say that this means religion as a whole doesn’t have a role in modern society, because British society has leant more to one religion than all the others, giving a biased overlook for British society.

Secondly, recently there have been queries as to whether religion should be integrated in politics and democracy. It is obvious that, currently, religion plays a part in law passing in the House of Lords, through the Lord Spirituals and the Lord Temporal. An example of a religious based law that has been passed is that schools must have a daily act of worship, and that pupils must be educated in Religious Studies up to the age of 18. I personally think that this is a good thing because it helps fights misconceptions of religions and aids children to become more aware of beliefs and cultures around the world. Some may argue that religion should be a part of democracy because it incorporates opinions from people with different beliefs and perspectives. Moreover, some people believe that the reason why politics has become so corrupt these days is because of the lack of religious influence on the decisions being made. In this sense, religion would need to still be a part of modern society to prevent the collapse of democracy and our commonwealth.

Conversely, some believe that the Lord Spirituals should not be able to dictate the state and governing of the UK because they have not had to work to gain that position and title. They are also determining the fate of our country with religious viewpoints only, which makes them biased toward the Church of England. Many people believe this to be out of order, including Tony Blair, former Prime Minister of the UK. In a speech he made in 2011, 4 years after he stopped being Prime Minister. He admitted that his belief in Christianity had affected some of the decisions that he had made, and on reflection he conceded this was wrong, and he should have looked at the issues with a neutral mindset. He said; “our voice cannot predominate over the basic democratic system that functions equally for all, irrespective of those of faith or of none.”. Overall, I think that although religious representatives should be incorporated into the democratic system, I don’t think that those of no political experience whatsoever (such as those in the House of Lords) should be allowed to have a say in the future of the UK.

The subject of public holidays is the third issue I shall be considering in this essay, and how they may be used to suggest whether religion is still relevant in society today. There are eight main public holidays in the UK, but only four of them have Christian roots and meanings to them. These holidays include Good Friday, Easter Monday, Christmas Day and Boxing Day. In addition to these holidays, there are various Christian events that we as a nation celebrate on an annual basis, such as Shrove Tuesday. The abundance of these religious-based holidays must mean that religion does still have a place in modern society, does it not? They signify Christian events that happened thousands of years ago, and yet they are still present in our calendar. If one were to perceive public holidays in this manner, then it would be apparent to them that this indicates that there is evidently religion still established in our society.

On the contrary, these public holidays are scarcely celebrated in the light of religion any longer. I can assure you that if you were to ask someone for the meaning of Shrove Tuesday, they would solely think of pancakes, and not of the legitimate significance of this celebration. This potentially goes for Christmas too – it has become more of a festivity of family and gifts than the birth of Jesus Christ. The Christian aspect of these dates has deteriorated rapidly, and many people are still made to work on these days, so clearly this isn’t a national necessity that we regularly enforce over the breadth of the country. Overall, I would agree that public holidays do show a sense of religious upkeep in our society, even though many people do not celebrate them as our ancestors did. Despite this, multiple ethnic and social groups celebrate these events religiously (no pun intended), and therefore this means that religion still has a place in modern society.

Finally, over the past couple of decades there has been a rapid increase of the diversity of beliefs in the UK. Humanism especially has seen a swift escalation of popularity amongst the British, which is, in turn, supporting the rise of secularisation. However, Christianity is still the largest religion, with 59.4% (Census – 2011) of the population associating themselves as Christians. Religion in general is paramount in copious social groups and communities. Furthermore, even though there has been an increase in the number of Atheists around the world, the majority of people still want to get married in churches – this shows that the church plays a huge role in ceremonies all over the world, by allowing people to get married in them; and, although one can get married in registry offices and other such places, according to a survey, churches are by far the most desirable of all venues to get married in.

However, some could also say that the rise of humanism is taking Britain into a new era of secularisation, and that it is having a massive impact on religion, as well as pushing religious views away. Two men who are in support of this movement, Bryan Wilson and Steve Bruce, both say that it is clear to see that religion is losing its long-held place in society. They have pointed out that people are praying and worshiping less, and that religious commitments are becoming more of a ‘leisure pursuit’ rather than a deep, lifelong engagement. Humanists are a community that supports the use of logic and science to view the world, and completely rejects all religious views and ideas. Immanuel Kant, a German philosopher once said “Dare to know! Have courage to use your own wisdom!”, and this is precisely what the Humanists think. Although, however much secularisation grows and develops, I think that religion will always be there, as it has prospered for long enough to now be a permanent reality.

In conclusion, I think that my points show that although Atheism and secularisation are becoming more popular, it will never completely abolish religion. Religion has a place in the lives of countless individuals across the world, and their beliefs will inevitably be passed down through the generations to come. However much we develop, and however much we grow as a human race, our roots should never be forgotten, so therefore, in my opinion, religion does still have a place in modern society.