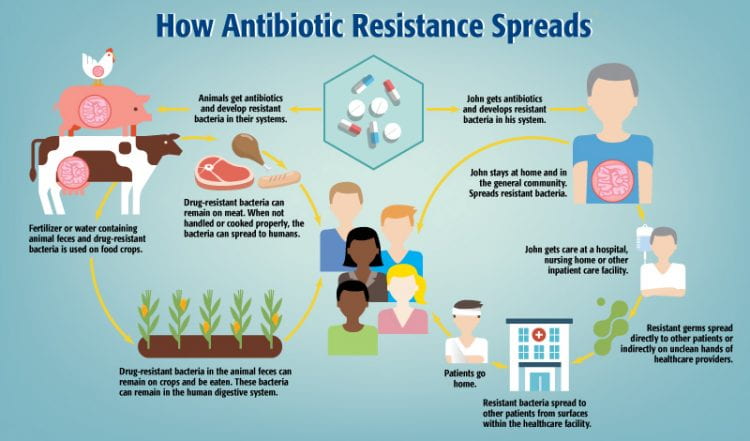 What is antimicrobial resistance, how does it come about and why is it such a major risk?

Antimicrobial resistance is a broad term for being resistant to medicines, as this refers to all microorganisms with resistance to antibiotics, antiviral, antiparasitic, and antifungal drugs. This occurs when microorganisms such as bacteria, viruses, fungi, and parasites change overtime, so no longer respond to the drugs used, so then they are useless. I will go into how they do this later. 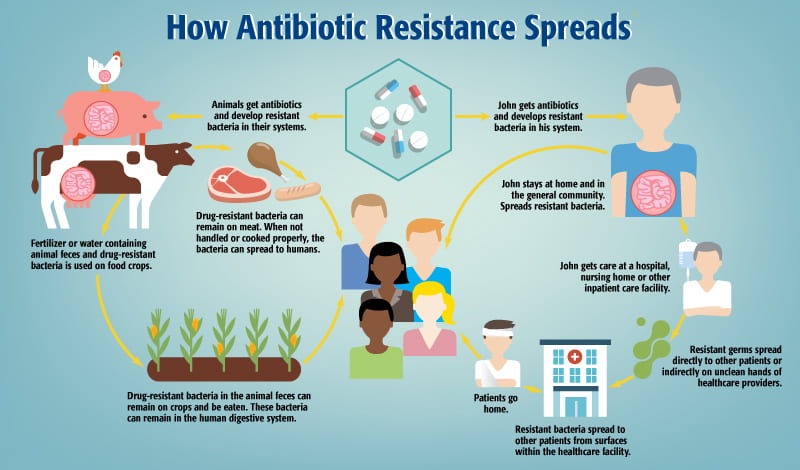 Antimicrobial resistance is a major risk as resistant infections could kill; they could spread causing a huge concern for individuals and society. Antimicrobial resistance is such a concern, the WHO has declared it one of the top 10 global public health threats facing humanity. Now this issue is a global concern for many reasons: a lack of medicines will see an increase in the spread of multiple and pan- resistant bacteria which are then not treatable with existing medicine. Also there is a very low number of new drugs being found recently to treat certain illnesses which is worrying as if and when we become resistant to the present drugs there will be no replacements available, which puts people more at risk than ever before. For example in 2019 32 new antibiotics were in clinical development which were all focused on the WHO list of priority pathogens. Out of those 32 only 6 were made innovative. From this you can clearly see more antibiotics need to be made but there needs to be a change in how they are used, or we will become resistant to these drugs as well. The antibiotics shortage affects all countries whether rich or poor and the lack of quality antimicrobials is also a growing issue. Due to antimicrobials becoming increasingly ineffective as drug-resistant bacteria spreads around the world causing it to be much harder to treat infections. Now with all this being a growing issue, surgery, cancer chemotherapy, and organ transplants will become more and more risky, if we are unable to treat an infection that comes about due to the surgery.

Now how does antimicrobial resistance come about in the first place? Well there are several factors that effect this; the first being that it does occur naturally, however there are certain factors which we do that accelerates the process: the main ones being misuse and overuse, this is caused by using medicine that is not necessary. For example, using antibiotics to treat viral infections, which will be ineffective anyway. Moreover, antimicrobial resistant organisms can be found in people, animals, plants, and the environment (so the air and water), so these microorganisms can then spread from either, person to person, and or, from animals to people by us eating them. Lack of clean water and hygiene can also be a contributing factor as the antimicrobial resistant organism can travel through the water; and without hygiene, the likelihood of the organisms being on your surfaces etc, is much greater. That is why in less economically developed countries, where there is a higher population density there is a greater risk of you being resistant to certain drugs. Also there is a higher chance of people living in slums and so are very close together, hence spreading the antimicrobial resistant microbes occurs more. Furthermore poor infection control and disease prevention in healthcare and in farms can cause the process of being resistant to certain drugs to be accelerated.

Now let us zoom into what is happening on a cellular level but let us focus on bacteria and antibiotics for a second. Antibiotics treat bacterial infections by destroying the bacteria themselves or preventing their growth. Now bacteria are very clever cells and have several self defence mechanisms that can prohibit the antibiotics from working. Firstly, some can be having a naturally resistant, unusually impermeable cell membrane. This can obviously stop the antibiotics from even entering the cell in the first place. Secondly, some can produce enzymes that can inactivate antibiotics, making them ineffective. Thirdly, some can modify the antibiotics by changing its target, making the antibiotics ineffective. This is again done by enzymes, as they attach to the antibiotics, which changes the antibiotic’s chemical properties, which in turn prohibits binding between the antibiotic and its target in the bacterial cell. Finally, some can produce efflux pumps, which transports antibiotics out of the bacteria cell before it can take effect. Now all those factors are naturally occurring, but there are 2 ways in which bacteria can acquire resistance. The first way is through mutations which occur in the DNA, as the DNA replicates, ready for it to divide. The second way is through something called horizontal gene transfer. This is a very complicated process but basically it can occur in 3 different ways, but in each case, genetic material is transferred from antimicrobial-resistant bacteria to other bacterial cells, making them also resistant. The three ways in which this occurs is. One transformation which involves the bacteria taking up short fragments of naked DNA, by naturally transformable bacteria. Another way being transduction, which involves transfer of DNA from one bacterium into another via bacteriophages. Thirdly, conjugation, which is plasmid-mediated transfer of DNA.