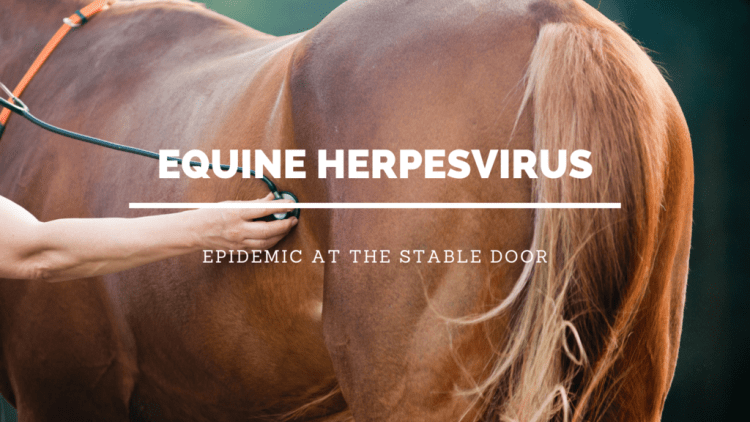 What has been described as the “the most serious EHV-1 outbreak in Europe in decades” by the Fédération Equestre Internationale (FEI) has recently occurred in Valencia, Spain. It was discovered after horses that had left the Spanish show jumping event CES Valencia Spring Tour on 14th February returned home and tested positive for equine herpesvirus (type 1). The current death toll (March 4th) is currently at six horses as the FEI cancelled all international competition in Europe until March 28th to help contain the virus. Equine herpesvirus (type 1) can cause respiratory disease, abortions, neonatal deaths and neurological problems. In this outbreak it appears to be in the neurological form with horses experiencing symptoms such as incoordination, lethargy, loss of balance, head tilt and the inability to get up. 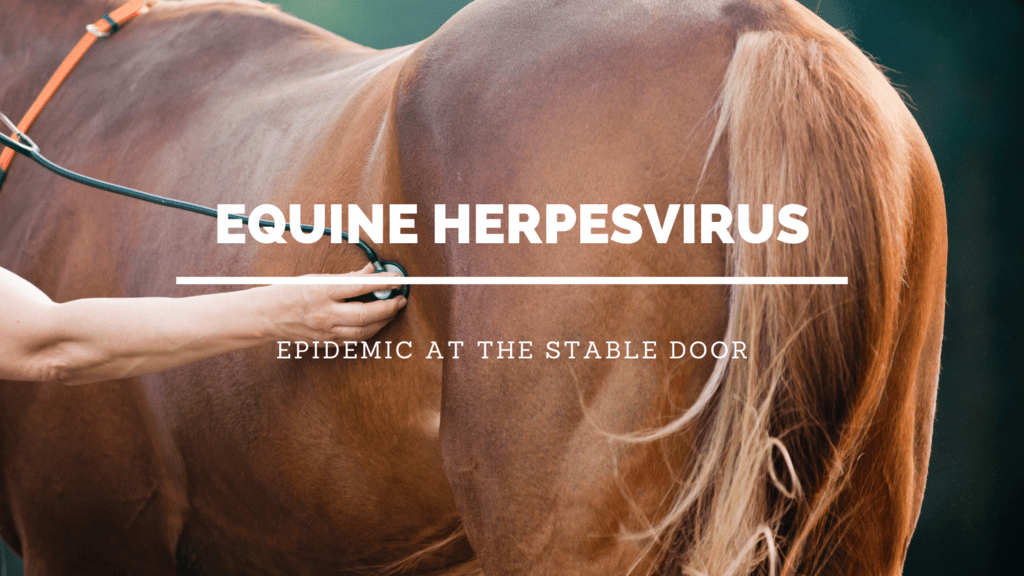 The herpesvirus family is a large family of enveloped DNA viruses that produce chronic infections. Herpesviruses are able to cause chronic infections as in their replication process, they insert their genetic material into the nucleus in a circular form which allows for the virus to use the host cell’s ribosomes to create proteins for the replication of the viral genome. After the DNA is replicated, it is packaged into new capsids, gains part of the nuclear membrane as an envelope as it exits the nucleus, gains another envelope at the Golgi apparatus and exits the cell via exocytosis to go and infect other cells. Even after the infection is fought off, the viral genome can remain latent as an extrachromosomal circular DNA (episomes) in different systems depending on the type of herpesvirus hence causing a chronic infection.  The family is split into three sub-families: alfa-herpesviruses, beta-herpesviruses and gamma-herpesviruses. Latency is established in different types of cells depending on the sub-family: alfa-herpesviruses in nervous tissue such as neurons, beta-herpesviruses in secretory glands and gamma-herpesviruses in lymphoid tissue. Herpesvirus infections can be seen commonly in humans, pigs, cows, poultry and even in oysters as well as horses. This is certainly not a viral family to overlook with 100% mortality rates in piglets under two weeks old if infected with herpesvirus which consequently causes Aujezsky’s disease, 70% mortality rates in birds when infected with herpesvirus which consequently causes laryngotracheitis and up to 100% mortality rates in curly oyster populations when infected with herpesvirus.

There are nine different types of equine herpesvirus with types one and four being the most common. As I previously mentioned EHV-1 causes respiratory disease, abortions, neonatal deaths and neurological problems whilst EHV-4 causes respiratory disease and occasionally abortions. The neurological form of EHV-1 is one of the least common forms out of this type but arguably the deadliest as it is resistant to the available vaccination. The only current treatments include non-steroidal anti-inflammatory drugs to help reduce fever, pain and swelling but there is no cure as such. Neurological injury occurs when the blood vessels surrounding and leading to the brain and spinal cord become badly damaged by the virus. This leads to inflammation of the blood vessels and blood clots which then block the blood flow reaching the central nervous system. Due to lack of oxygen, surrounding tissue begins to die and the brain starts the dysfunction. Even if your horse does survive the first infection, the virus remains dormant in the horse’s in nervous tissue such as neurons (because EHV-1 is an alfa-herpesvirus) and can be reactivated if your horse is under stress or at a very old age. This cancels out the hope of eradication of this virus.

Despite how horrendous this virus is one positive is that it is only transmissible horse to horse through contact with nasal discharge or spread as aerosol droplets. It can also be transmitted by the horse touching contaminated objects such as water buckets, tack etc. So hopefully with correct quarantine measures (two to ten days) and the prevention of travel, the international equine community can ensure that this horrific virus doesn’t affect anymore horses.