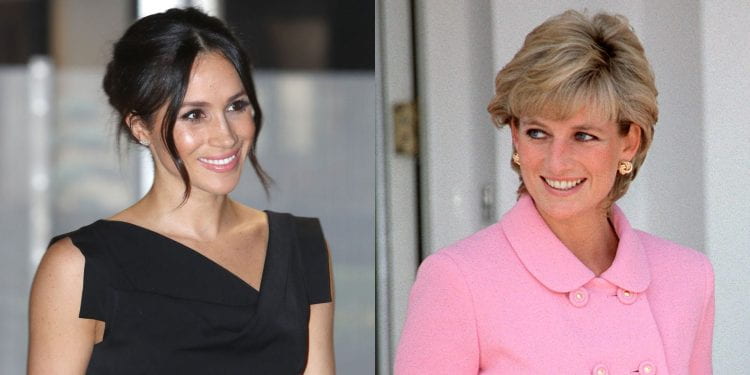 “My biggest concern was history repeating itself”. This is a direct quote from Prince Harry when asked in the recent interview with Meghan and Oprah what his driving force was behind leaving the monarchy. Whether this is directly referring to the media attacks on his mother Diana or hinting at the conspiracies within the Royal Family, it left me contemplating one big question; is the media or the institution the real evil? 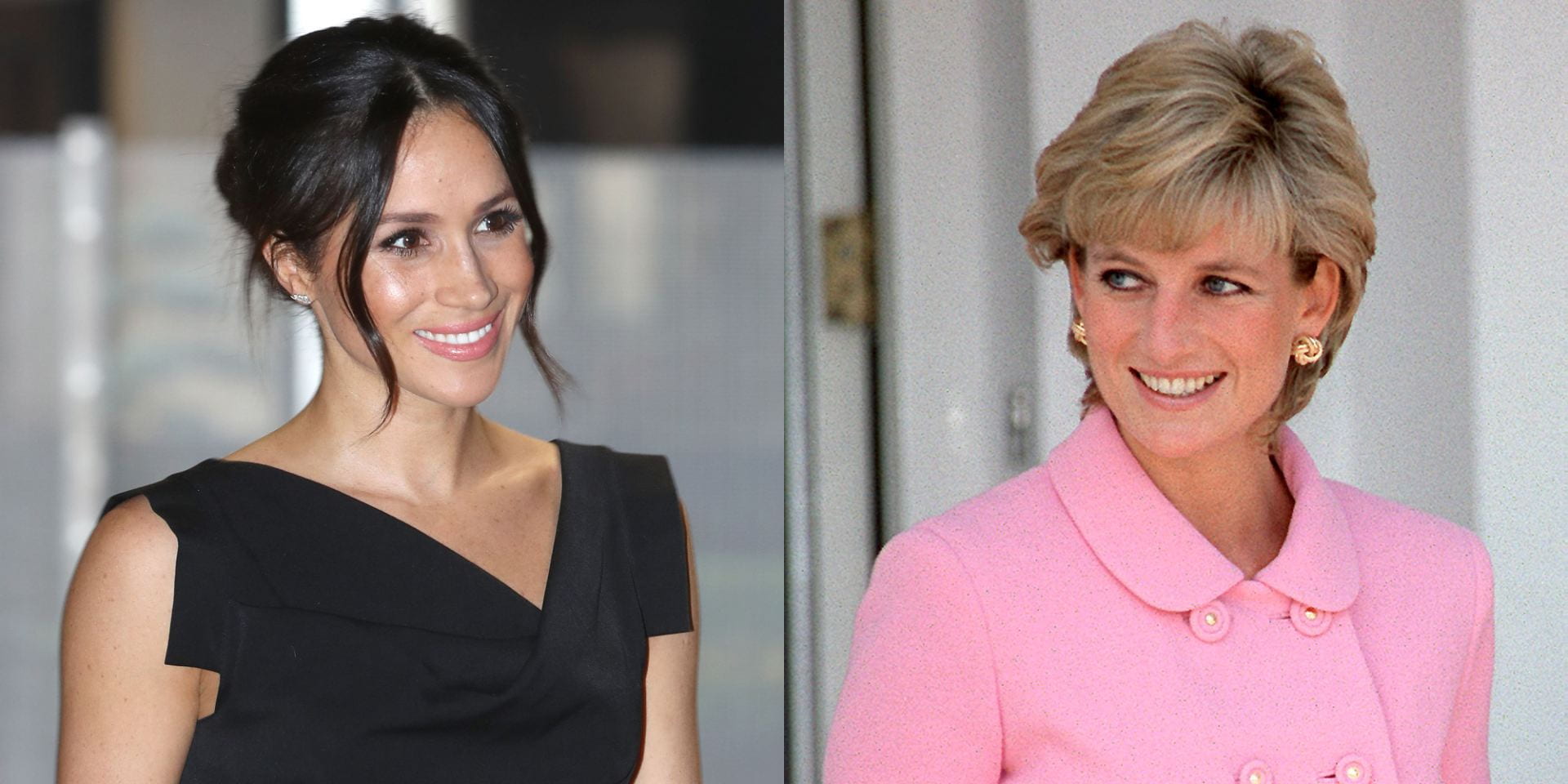 One thing that is especially key to clarify here is that the family and the people running the institution are two different groups; it is important to compartmentalise these. Moments of “drama” that specifically involve the family members are, more often than not, publicised for the entire world to read about. Whereas these moments that Meghan referred to, such as the refusal of help for her deteriorating mental health, were supposedly directed to these other faceless people running the institution. Therefore, it is not too far-fetched to assume that Diana could’ve also experienced similar scenarios but never got to vocalise these ordeals.

Nonetheless, I do not want to delve into conspiracies here. I simply want to compare and contrast media against what we know about monarchy. Whether this alludes to potential conspiracies is another story.

Although Meghan mentioned the separate compartments within the monarchy, it is clear that the golden thread bringing the whole institution together is the protection of its’ traditional roots. To them, the concept of change is completely off limits. Meghan entered the monarchy as a previously divorced American actress, as well as being the first mixed race person to marry into the family. Whether this status is what stigmatised a distaste towards her from the institution, I don’t think we will never truly know. Diana was the opposite. Her family, the Spencer Family, are of aristocratic descent so her problems started after her messy divorce with Charles. Since she was no longer technically part of the family, she was immediately stripped of her title and privileges, much like Harry and Meghan. Even with Diana’s funeral, since there was no real obligation, the Queen refused to fly a flag at Buckingham Palace because it went against traditions. This only changed on the day of the funeral. Arguably, this was done solely to please the people rather than to recognise her contribution to the monarchy over the years. The family was already receiving so much directed anger from the public that they knew if they didn’t bend the rules then they would be blamed. After all, without the support of the public, the monarchy would be nothing.

Another concept that is heavily obeyed alongside this is this idea of guaranteed protection within the system. Once you leave the monarchy, not only is this protection ripped from you, but it appears to cause a ripple effect of damage. Diana’s brother, Charles Spencer, quoted in his eulogy that “she should’ve been protected” despite the traditional protocol. The family saw his speech as extremely distasteful because it projected them into an ugly light, a light that hadn’t really been exposed until Diana made her impact. Not only did he insinuate that they were to blame for her death, but he also went against the traditional structure in order to create this picture and aggravate the family. Additionally, after Harry announced that they had been cut off financially by the family and were using the money his mother left him, he said that he thinks “she saw it coming”. So, although Diana never disclosed her experiences with the institution publicly, we see little glimpses of her true feelings shining through the voices of others. It is these hints at mistreatment which led people to manifest conspiracies against the royals and what happens when you lose their sacred protection.

“I was trapped within the system, like my family are”. Again, this is another direct quote from Harry himself to suggest a darker side to the institution, especially in regard to this concept of protection. Meghan also said that she would blindly follow their orders because it was “always through the lens that they will protect you”. It could be heavily implied that Diana’s death led to the institution strangely acquiring more power, claiming that you needed their protection to stay alive. However, that is merely a suggestion at a conspiracy, since Meghan was referring to how the institution was making no effort to protect her and Harry from all the negative press they were receiving, to the point where they would lie to protect the other family members.

This leads onto the argument that the media are also at fault for preying on these conspiracies and dramatising events unnecessarily. Diana was described as “pure heroine for the media” as her every movement seemed to grasp the world’s attention. She was described as the People’s Princess and at one point she was the most photographed woman in the world. Society saw her on the papers every day for years and because of this the public felt intimately connected with her and is therefore why her death was so hard hitting for so many people.

However, despite Charles Spencer’s attacking eulogy towards the Royal Family, his initial statement regarding his sister’s passing was solely media orientated. He said:

“I always believed that the press would kill her in the end. It would appear that every proprietor and editor of every publication that has paid for intrusive and exploitative photographs of her, encouraging greedy and ruthless individuals to risk their everything in pursuit of Diana’s image, has blood on his hands today”

The bloodthirsty extent to which Diana was targeted by the media will forever be marked in history. In my opinion, the worst moment was when there were paparazzi trying to climb onto the hospital rooves to get photos of her dead body for profit.

Because the media were receiving extensive hate and a vast amount of the blame for her death, they decided to print negative press directed towards the family itself in order to distribute the anger. This was an extremely tactical move because by claiming that there was a lack of care from the family in terms of making statements/returning home, it gave way to the conspiracies behind her death.

Diana and Meghan’s experiences with the press both portray the way in which the media can twist scenarios in order to create a better story. For Diana, the press would often shout insults at her to provoke a reaction and get a better photo. From this photo, they would then create their own narrative with open questions. That way they could not be blamed for making up information as they posed it rhetorically. However, for Meghan it seems as though the press were (and still are) out to villainise her. Here are two article titles, comparing similar photos of Kate and Meghan with completely different narratives:

“Why can’t Meghan Markle keep her hands off her bump?… Is it pride, vanity, or acting?”

If this is the image of Meghan that is being projected from the press to the public, it is no surprise that the majority of people dislike her. We have subconsciously been given our opinions without ever questioning whether it is simply just negative projections. Nobody ever said a bad word about Kate when she entered the family, so why now? Why Meghan?

At the end of the day, the media is the epitome of consumerism. Our attention is what they profit off, and controversial stories sell. It is truly a great shame that both Diana and Meghan fell victims to this trap, but the people are to blame.

There would be no press without consumers, there would be no monarchy today without the support of the public. So, is it really a competition between the institution and the media? Or is it our involvement that is fuelling the evil?