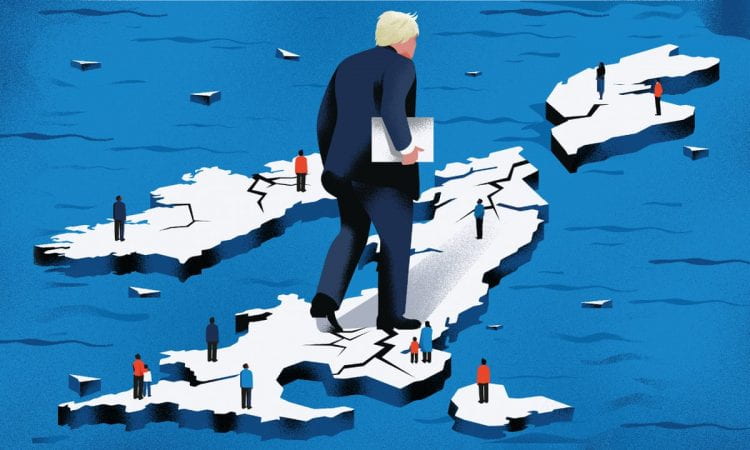 Will the UK last much longer? by Emily Doe.

Devolution in the UK is the process by which central government in Westminster delegates power to other levels of government.  In the UK, the creation of devolved institutions in the regions 20 years ago saw a massive transferal of powers and responsibilities away from the centre.  The transferal of wide-ranging powers, the control and management of public services and the ability to legislate in many areas of public life – devolved from central government to bodies in Scotland, Wales and Northern Ireland and newly formed regional institutions began to wield considerable power over the lives of their respective citizens. Devolution has touched virtually every area of the UK’s constitution and political framework from elections to party systems; taxation to public spending; healthcare provision, education and many more areas.  We have seen innovation, modernisation, and greater levels of democratic engagements, but also clashes over the distribution of power, disagreements over complex funding arrangements, and uncertainty over the future of England. 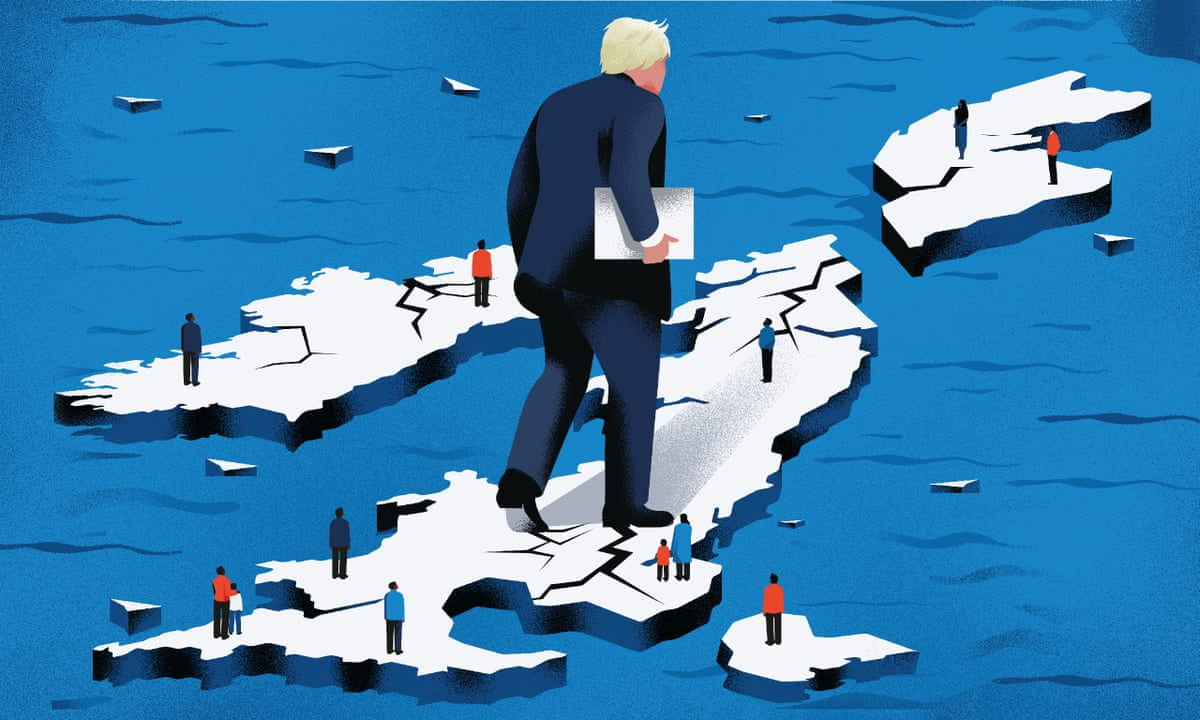 The past few years the relationships between devolved bodies and central government in Westminster is often regarded anything than ‘unsettled’. An example of these disadvantages of devolution is the original devolution settlements were very different, leading to asymmetric devolution, conflict and potential confusion. In Scotland, detailed planning had been underway since the mid 1980’s with careful preparation and thought precisely what powers the new national institution would use. It wasn’t surprising 75% of Scots backed devolution plans in 1997. In addition to this, in wales plans and popular support was less mature. Just 50.3% of Welsh people voted for an Assembly that initially at least had no power to pass its own primary legislation. In Northern Ireland, the process of devolution was in separable from the peace process that had culminated in the ground-breaking Good Friday Agreement. It was a self-governing deal that was very well supported in referendums that took place in parts of Ireland. In England, devolution took the form of the creation of a London Assembly and was a separately elected Mayor. However, plans for regional devolution were halted in the North- East failed to support the creation of a regional government in a 2004 referendum- 78% of people said no. These facts present devolution as corrupt as there are substantial differences in each region making it unfair for some. This follows on to the second disadvantage of devolution which is regions lacked a clear plan. England in particular were extremely unclear and in 2019 the institute for government maintained that ‘There has been too little consideration of the future of the UK as a whole while devolution has advanced in different parts of the country. The lack of guiding principles has led to disagreement about the post-devolution constitution. Brexit has made it more urgent that governments and political parties address these big questions.’ The lack of constitutional coherence has led to these advances in different regions, as the UK holds no codified constitution meaning no legislation is written in one document. This makes laws easy to change and means parliaments sovereignty sets above the constitution as Parliament can easily pass those laws. In relation to devolution, the constitutional conflict means each regional parliament can pass any law easily regardless of what the central government or citizens from other regions think. This leads to policy divergence.

The devolved governments have introduced policies which differ from those pursued by the UK government in England. Policy divergence was evident in health and education before devolution and has become more pronounced since. However, policy divergence isn’t always a disadvantage, because devolved have regarded to concerns of their electorate. Also, citizens from different regions may have different social attitudes which influence the parties voted into government. It is very rare the same party represents all of the regions at one time, so there is likely to be different policy conditions which is suited to each region. However, policy divergence can be seen as unfair. For example, only England pays prescription charges- in Scotland, Wales, and Northern Ireland they were abolished. This is similar to tuition fees, in England there is a tuition fee of around £9,000. But in Scotland it is free. This seems very unfair especially for people living directly on the Scottish boarder whose neighbour may not need to pay tuition fees, but they do.

Another significant debate to consider is, does devolution provide an innovative and effective government? Evidence shows that devolution does produce and effective government. For example, the volume of primary legislation enacted by regional governments reflects a healthy appetite for developing the region is distinctive way. In the last 20 years, Scotland has enacted almost 300 pieces of legislation: for an administration that did not exist since 1999, its legislative impact has been substantial. This regional legislation that was successfully pass enacted popular new laws in different policy areas, several which have influenced other regions or been adopted across the UK. E.g., Scotland’s 2006 ban on smoking in enclosed public places was adopted by other regions then across the whole of the UK. Also, the Welsh administration introduced an ‘opt-out’ system for organ donations in 2015, coming into effect in England in 2020. However, the government can be seen as inefficient as during the 20 years of devolution Scotland and Welsh governments introduced 87% and 88% of the legislation, both figures are higher than the 84% for government-backed legislation in Westminster. This is significant as there are only 60 members in the Welsh assembly, 129 in. the Scottish assembly and 650 in Westminster. Meaning Westminster should be able to pass much more of this legislation, but as they fail to it makes an ineffective government. Similarly, the Welsh assembly in particular is widely considered to be too small to cope with the expended powers recently afforded it. In Northern Ireland, power sharing has proved very difficult at times and the longest suspension- with powers reverting to the Northern Ireland Office- was for the whole of the assembly’s second term (October 2002-May 2007). Overall, the UK is struggling. It is clear there are still gaps in the plans for each region and devolution settlements are different in each country. Also, our corrupt form of devolution is very costly, each citizen Pays around £18per year, In Scotland, Wales, and, Northern Ireland. However, in England citizens pay £8.10 per year. Again, there is this sense of unfairness from region to region.

Devolution is clearly a corrupt system, but what other options are there for the UK? Some say the UK should turn federal. Federalism is a political concept that describes the practice where a group of member states is bound together by an agreement in which there is a governing representative head. Federalism is already widely used- most importantly in the USA and the EU. However, traditional federalism wouldn’t work in the UK. England is far too big and there is no system in the world in which one federal unit has 85% of the population.  An English government could hardly live together with the UK government since the former would have vastly more power and resources, which is not usual in federal systems. There is no serious demand for federalism in England. An alternative sometimes canvassed is to divide England into regions but no versions of. This proposal envisages them having the same powers as the Scottish Parliament or indeed any legislative powers at all. But the last effort to regionalise England in 2004 was massively rejected in a referendum in the first place it was proposed, the North East.