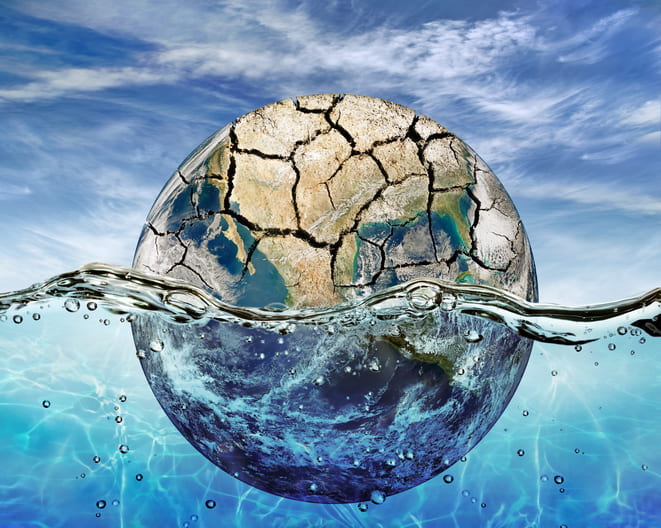 As the world faces more and more environmental problems, one essential, and often forgotten about problem is water. With an ever-growing population, an increased demand for agriculture, climate change and overuse of the finite resource, the lack of clean, fresh water becoming available should be more of a concern. Globally there are 844million people who lack access to clean water and with 96% of earths water being saline water, new solutions to the global problem are vital to be found.

Some of the main causes of water shortages are the growing population, the unsustainable rate at which its being used and the lack of care us humans have towards it. The world’s population is currently at about 7.6 billion and is expected to rise above 10 in the next 30 years. Increased population leads to an increase of wealth and more people with higher incomes. This exacerbates the problem due to demand of water intensive products, for example meat and an unsustainable amount of energy. About 30% of earths fresh water lies deep under the ground in aquifers. And is regularly extracted for industries, agriculture and for drinking. The country that exploits these aquifers the most is India. 54% of India’s groundwater is being used quicker than it is being replenished. As well as India, the USA loses 6 billion gallons of treated water a day, just from leaking pipes. However, a big issue is that water is undervalued. Its price does not reflect the cost of its value. This has led to carelessness towards how we use water as well as a lack of investment to create better technology to use water more efficiently.

The effects of water shortages however are mostly felt by the poorer countries. Without easily accessible clean water, families are unable to get out of poverty and their children experience a lot of the problems. Children have to drop out of school to help their parents who struggle to make enough money to live. Women and children are normally mostly affected. Every day 6000 children die from water related diseases, and women feel the burden as they usually have to carry water 6km a day for their families. However, in the future a lot of people will experience water problems. The world Health Organization predicts that by 2050 nearly 5 billion people will face freshwater shortages. Consequently, without enough water people do not have the means to water crops which will result in agriculture having to compete with industries and households for the supply.

Finding the best solution to the problem isn’t easy. One of the simplest solutions would be to ensure more people are educated so that it becomes a lifestyle to preserve water. But there is also technology. As it improves there are more ways of obtaining more fresh water and allocating it efficiently. One of the most obvious solutions would be to desalinate the sea water. At the moment this is an energy-intensive solution, however countries are coming up with energy efficient ways. Saudi Arabia has started to use solar powered plants to desalinate and Britain is trying to use small scale facilities for agriculture. Due to 70% of the worlds freshwater being used for agriculture, improving irrigation systems could also help to prevent too much water being wasted. New drip irrigation systems are being used to deliver water straight to the plants roots to reduce evaporation from spray watering systems.

To conclude, water is essential for human life, but more needs to be done to protect our environment. This problem will escalate if we don’t act soon, however with the prospect of new technology we may find a solution to the problem.