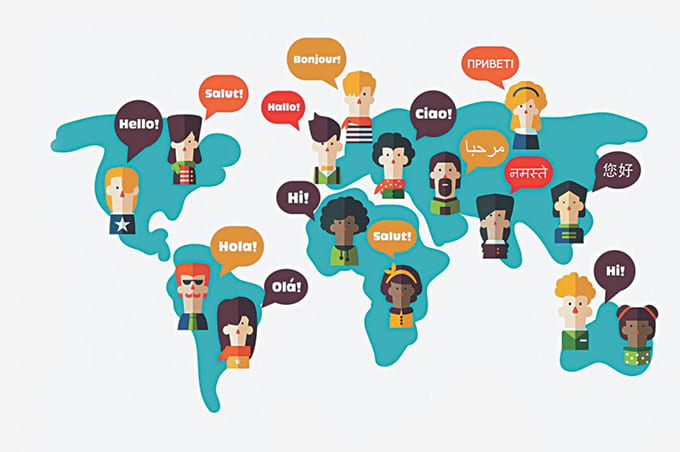 In October, I visited an English language conference which I really enjoyed and decided to write about a couple of the lectures.

The first talk was given by Ian Cushing, a highly qualified linguist who is a Lecturer in Education at Brunel University London, after working as a Teaching Fellow in English Linguistics in the Department of English Language and Literature at University College London. His research focuses on language policies in educational contexts (particularly in the area of language discrimination and language ‘policing’), and English education (particularly grammar pedagogies), and he has published a number of books, journal articles and book chapters related to these. In his lecture, he spoke about two key concepts- critical linguistics and language ideologies. He began by talking about the correlation between language and power, unpacking strategies and connections between structure and social power. He also unpicked relationships between linguistic forms and social power, using examples such as Jacob Rees-Mogg, the Leader of the House of Commons and Lord President of the Council. On beginning his role as the Leader, he issued a style guide to members of his office, banning words such as “very” “lot” and “got” when writing to other MPs and members of the public. He introduced other rules such as: “organisations are singular, all non-titles males- Esq., use imperial measurements, there is no ‘.’ after Miss or Ms”. Cushing suggested that Rees-Mogg’s political ideologies map onto his language ideologies, which almost seem to be aimed at preserving his antique vibe rather than relating to grammatical rules or other language rules. This idea can be seen in other politicians and public figures and how they use language.

Cushing also spoke about discrimination and stigmatism targeted towards the way people use power, often towards people with less power. For example, mocking accents, attempting to ban language, ‘correcting’ speech and pointing out ‘errors’. As well, attitudes towards ‘non standard’ English, and how this can effect a speakers feeling of identity, which from studying, I believe someone’s language and dialect is a massive part of. A speaker’s language develops from their own social history; what social group they are a part of, their gender, their social class, religion and race. By attempting to change an individual’s language which has developed from all these personal experiences, it can cause speakers to feel insecure and a threat to their identity. Although this insult may not be intended, it is a clear sign of the ignorance of language.

He looked at the Standard English UK curriculum policy, a macro level analysis. His latest research, which made national headlines, is about how policies like these are being imposed in schools, leading to perpetuating myths of ‘right’ and ‘wrong’. He spoke about how teachers have to emphasise modern ‘standard’ English, and teach the ideology that there are ‘better’ and ‘worse’ ways of using language and that the government are using the curriculum for enforcing this through standard English and language tests; it’s almost language surveillance. In these tests, there are clear answers which are marked as either being ‘right’ or ‘wrong’. He described these tests as ‘political instruments’- a way of imposing power. He suggested that this could also act as a threat to identity, affecting student’s confidence, motivation and desire to participate in classroom activities. He ended with a quote from Carter 1997 who said, “teachers are linguistic dentists”. I interpret this metaphor as just as dentists have the responsibility of polishing here and there, straightening out, removing decay, filling gaps and sometimes tackling an extraction of a bad or unnecessary tooth, teachers metaphorically have the same job; polishing up and improving the language of students, straightening the language out to a ‘more standard’ form and getting rid of the rotting, ‘bad’ parts of language. These high-profile examples all helped to frame his main research area of ‘policing’ language, an attempt to control what we believe to be ‘right’ or ‘wrong’. Or as I understand it as a language student; prescriptivism vs. descriptivism- how language is used vs. how it should be used.

The next lecture was given by David Shariatmadari, a Guardian editor and writer, who published a book Don’t Believe A Word: The Surprising Truth About Language. He spoke about ‘the untranslatables’; often appearing on social media as clickbait content, these are words in other languages which will always be foreign to us, words which have no equivalent. Or do they?

For example, “goya’ from the Urdu language. Although translation is popularly given to be “A momentary suspension of disbelief that occurs when fantasy is so realistic that it temporarily becomes reality, usually associated with a story very well told”. However, Urdu dictionaries translate “goya” much simpler to “as though” or “as it were”. A Norwegian example was the word “utepils” which is popularly translated to “to sit outside on a sunny day enjoying a beer”, even though the Norwegian dictionary states, “compound noun, made up of 2 words meaning ‘out’ and ‘beer’”. Why are these words made out to be completely alien to the English language, even though they are nothing of the sort? Shariatmadari suggests it’s the lure of the exotic- it preserves the idea that the world still has mystery.

He spoke about the Sapir-Whorf hypothesis- a principle claiming that the structure of a language affects its speakers’ world view or cognition, and as a result, people’s perceptions and actions are relative to their spoken language. Whorf believed that the Hopi (the Hopi native Americans) thought differently to white people, due to their language. He viewed them as exotic but viewed English as ‘standard’. However, there are limitations to this belief; personally, I believe the decisive effect of language on human thoughts and actions being bound by the restraints of language is overstated. Not only may people speaking the same language have different views, but linguists of different languages may share the same opinions such as political, philosophical, and religious views. As well as this, if each language had a completely distinct reality encoded within it, how could a work be translated from one language to another? Literacy works (and spoken language) are regularly translated; communication in this way occurs on a day to day basis. Therefore, I don’t think it is true to say that language entirely shapes and determines our thoughts.

Another concept he looked at was by Lera Boroditsky who found that female nouns often have female association as male nouns have male associations. For example, native speakers were asked for associations they would make to the words “the key”; “der schlussel” a male noun in German, and “la llave” a female noun in Spanish. German speakers responded with words such as “hard”, “jagged” and “heavy”, whereas Spanish speakers gave descriptions such as “little, “lovely” and “shiny”. Therefore, this suggests the gender of the word goes deeper than we originally think, affecting our associations to the meaning. Although this idea cannot be reflected in the English language, since we do not have gendered nouns (only pronouns to denote gender), the concept is relevant to other languages especially German and Spanish as aforementioned. Another clear example of this notion seen in such languages would be the noun “bridge”- feminine in German, masculine in Spanish. Whilst German speakers used adjectives like “beautiful”, “elegant” and “fragile”,Spanish linguists viewed bridges as “towering”, “dangerous” and “strong”.