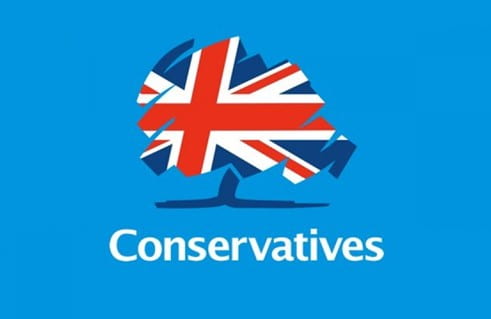 How conservative is our current government?

Boris Johnson held a general election on the 12th of December 2019 and since then he’s been given free reigns over legislative power as he won with a significantly stronger majority of approx. 80 seats in the commons, compared to the period of minority government with Theresa May from 2017-2019.  Receiving such a strong result has allowed him to become more ideological in his policies as Brexit was dominating the agenda throughout 2017-2019 and the top priority was just trying to get a Brexit bill through parliament which seemed increasingly difficult especially in minority government. So, Boris Johnson had a very comfortable majority to pass any Brexit bill he wanted which he proceeded to do only a week after winning such an overwhelming majority. The Bill was written into law in late January of 2020. So as far as Johnson was concerned, he had passed the bill and had negotiations to move onto involving trade and various other relevant things. Brexit was put on the back foot of his agenda as with this strong majority he had received he could carry out his mandate of his manifesto policies and start legislating. However, a deadly virus was looming, and, on the 28th February, the government became concerned about the spread and what havoc it would reap if it reached the country and were to spread. It was made top priority to organise a response. This put a halt on all of the governments normal business as the virus grew larger and larger.

Although Johnson had used ideology to influence parts of his manifesto, he had to take a much more pragmatic approach when responding to the virus. That’s what we thought. In one of his first daily press conferences he pushed the fact that “Everything we do is based scrupulously on the best scientific advice” and continued by following this advice. Whether or not he did scrupulously follow the advice is a question that has been contested many a time. In the early days, we often heard about how “we were three weeks behind Italy” and according to the advice, we shouldn’t take action yet. This is where I believe that our government is acting within its party lines and ideology as the only reason we didn’t lockdown two or three weeks earlier was to preserve the economy. This preservation of the economy was aiming to prevent such a large recession which would have even more profound effects similar to the ones we saw in 2008 and years proceeding it. However, this has proven to be counterintuitive as the government have had to implement more stringent measures over a longer period of time which has had an even greater impact on the economy than if we were to lockdown just 2 weeks earlier.

The lockdown was inevitable, and the government eventually had to implement it along with all the associate support schemes. This is reminiscent of Edmund Burkes words “you must change to conserve”. It was the role of the state to change the way they act in order to preserve society and prevent them returning to Hobbes theory of ‘the state of nature’. I believe that this is what our government did but the cost of changing to conserve may not have been very ideological for the government. So far, it’s estimated that the government has spent 210 billion pounds in its response to the pandemic, this is through the world leading furlough system, massive investments in the NHS with the construction of 7 hospitals dedicates to the virus, various stimulus packs for hospitality and the slightly questionable track and trace system that cost a significant amount. This amount of spending isn’t sustainable for the UK, but it is deemed necessary to prevent anarchy. Looking back at the manifesto in 2019, they promised that there would be no rise in VAT, nor income tax and this is quite comical because there is no chance that any government can guarantee there won’t be an increase in tax after such a large amount has been spent on a response even if it’s not in the next four years, there is almost an 100% chance that tax rates will increase regardless of the party that wins at the next election.

Going back to the original question, how conservative is our government? Recently in the parliament vote over the second lockdown and other national measures, 34 of the conservative MPs voted against the new restrictions. There were in total 38 MPs who voted against them so having 34 of them who were conservative shows that there is a feeling of frustration within the conservative party at the measures which they see as unnecessary. This shows that out government does have somewhat of a conservative agenda and some have acted upon that when voting on pivotal issues. Something else to consider is other relevant votes during the pandemic. One that has been pushed by the media is the rejection of budgeting enough to provide free school meals to those families who may be struggling with unemployment because of Coronavirus and this was rejected by almost all of conservative MPs which shows that they’re willing to spend billions on locking down the country and the economy but not sparing not even 0.001% of what they’ve spent in total to feed hungry children. From this, I’d say that the conservatives are acting ideologically on individual bills but seem to be acting pragmatically when it comes to national response and lockdowns which is odd. I think the ‘pragmatism’ is really just what Boris Johnsons’ scientific advisors are telling him to do but when it comes down to political decisions i.e. free school meals, the party favour idealism and vote with their party lines.