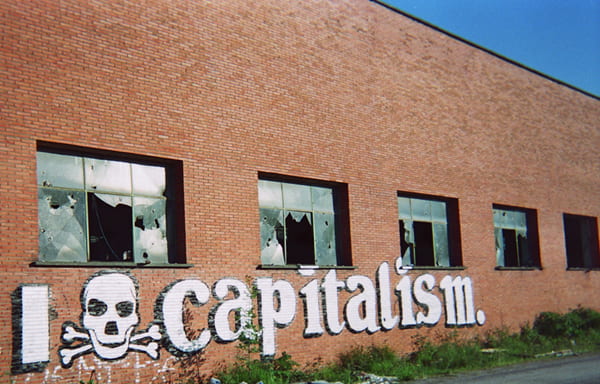 Can Communism and Capitalism coexist?

There have been various discussions over whether Communism and Capitalism can live together in harmony. The first thing to consider when posed with this question is what are they?

The Oxford dictionary states that Capitalism is an economic and political system in which the country’s trade and industry are controlled by private owners for profit, rather than the state. The more common notion of Capitalism is that it is a democracy that the majority of countries use, including the UK and the USA. However, many people forget that Capitalism can take many forms, anywhere from slightly right wing to Hitler’s Nazi empire.

Conversely, Communism is defined as a theory or system of social organisation in which all property is owned by the community and each person contributes and receives according to their ability and needs. It is a popular misconception that there are no current countries that are Communist, however there are four countries that have adopted this ideology, these are China, Cuba, Laos, and Vietnam.

When the term Communism is mentioned, the majority of peoples minds go directly to the Soviet Union, this is not technically a problem as they were indeed a Communist country, however they had their own specific branch of socialism. This is in the same way that the UK and US differ in structure and formation of government. Not only this but numerous assumptions have been made that Capitalism is only right wing, this is incorrect as although it is mainly right wing it can also be on the fence or sightly left, whereas Communism in purely far left wing.

Now that we know what Communism and Capitalism is, the question of whether these two can peacefully coexist is able to be contested and answered. Communist countries are unable to trade with other countries as they make all the products within their own country, this cannot be farther away from the Capitalist ethos of trading for individual profit. Furthermore, in a Communist society if there is a bad harvest or a decrease in goods produced the whole economy suffers and could even lapse into a recession. An example of this is Greece after the 2008 recession, Greece was a Socialist country at the time and they ended up rounding a debt of $372 billion as of September 2019.

Moreover, Communist countries are run as a dictatorship, where the media is censored. This is not to say that in Capitalist countries people are completely free to do as they wish, this is evident through Hitler’s Nazi Germany and the current North Korea. However, the majority of Capitalist countries do not censor their citizens or restrict their human rights.

Consequently, there is no possible way that Communist and Capitalist countries can coexist tranquilly. This is as a result of two completely different economic structures and views on how to run the country. Therefore, Communism and Capitalism cannot succeed together as they are polar opposite political ideologies.