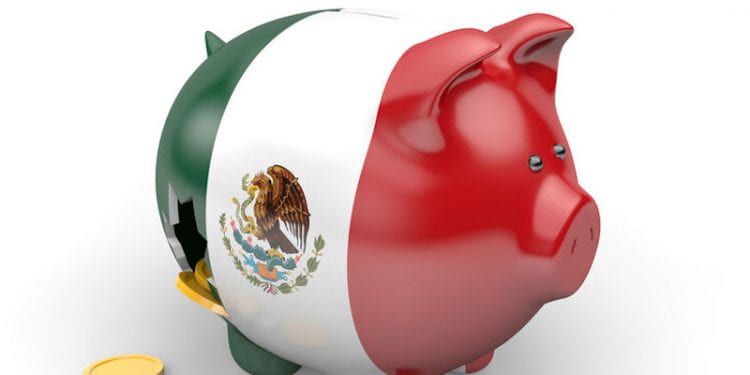 How corruption is negatively influencing the Mexican economy and what is being done to combat it.

In popular media such as Narcos: Mexico and El Chapo, corruption is seen as one of the major problems that the government and people of Mexico have faced, Mexico ranking 138 out of 180 countries on the Corruptions Perceptions Index (CPI). However, the question remains regarding how prevalent these issues are today and how this has impacted the country’s economy. It has been established that corruption adversely affects economic growth and market demand, with corruption in Mexico taking place in a multitude of small and large-scale ways. These range from bureaucratic and political corruption to embezzlement of public funds that influence the energy, mining and health care sectors among others.

Bureaucratic corruption refers to small-scale corruption that occurs daily between civil servants and the general public. Although this issue may seem to have little impact, it has become endemic in Mexico, with 51% of Mexicans who come in contact with one of the six basic public services (e.g. the police, courts or public schools) saying they have paid a bribe. This will have a significant impact on the country’s economy when it occurs in such a large scale as it can lead to a decrease of tax payments and people reaping certain social security benefits illegally. This has a large knock-on impact to the money received by the government, leading to less investment and reducing the overall strength of the economy, the cost of corruption being estimated as 2% to 10% of the GDP annually. 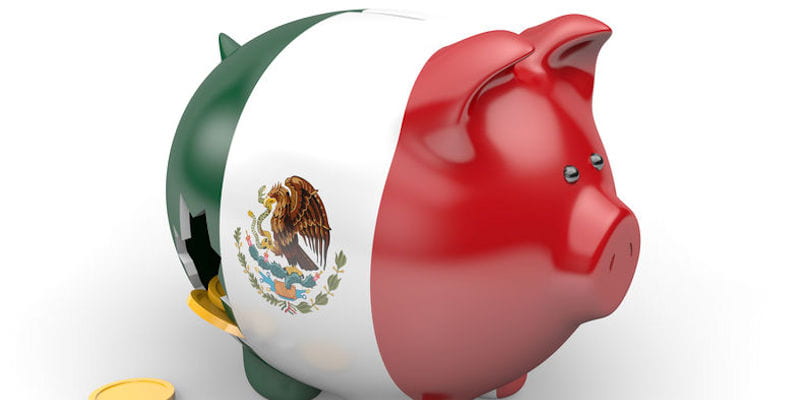 Another form of corruption that is prevalent in Mexico is political/grand corruption which is defined as: “perpetrated at the highest levels of government and usually involves both substantial benefits for the officials involved and significant losses for the state and its citizens.” Large sums of money are used to influence and distort political processes, this type of corruption having a high prevalence in Mexico. In industries such as mining and construction, contracts are awarded on a “first come first serve basis” with the contract rarely going to open bidding. This can have large social and economic impacts as this system rewards those who are willing to go the furthest, whether it be legal or illegal, disregarding what is best for the people. This is shown by the fact that mining is seen as taking precedence over what else the land is being used for. Because of this, locals can feel like there has been a loss of cultural identity as indigenous land is destroyed which can lead to large scale unemployment as farmers are forced off their land. However, the mining industry is creating more and higher paying jobs in the process, the industry also being more profitable, benefitting the economy. This is a problem that is embedded deep into the Mexican government as highlighted by the Casa Blanca investigation where the First Lady and state governor were accused of taking bribes. The First Lady had “bought” a US$7 million mansion in 2012 built by a construction company who had been given favourable contracts during the governor’s tenure. No repercussions took place after this was exposed. This negatively affects the Mexican economy as companies are less likely to invest if they believe they are less likely to secure contracts using solely legal methods.

These different types of corruption have had a negative influence on how the country is perceived, not only by its inhabitants but by foreign investors, with 47.7% of respondents to the Latinobarometro, a large-scale public opinion survey, citing major problems within the country. This leads to a low consumer confidence with inhabitants being less likely to spend their money if they believe the economy is unstable. This creates a positive feedback loop as people are less likely to spend their money, reducing the strength of the local economy leading to less money circulating within it, leading to less people spending and investing their money. This can also create a problem in the form of foreign investment. Due to the wide scale political corruption, with 80% of municipalities suspected of being under the control of a cartel between 2005 to 2012, foreign companies hoping to secure contracts from the government are forced to turn towards bribery, pushing many potential investors away. However, this problem isn’t one that only the government creates. In the health service sector, corruption was commonplace before 2008 between sellers and health services who chose favoured some companies’ products over others. This led to large social impacts as there was large disparity in the prices of medical supplies and pharmaceuticals, many being too costly for the general population. Furthermore, this could potentially lead to less companies who are willing to sell in the Mexican market if they are receiving diminishing returns as others are using bribery to ensure that the health services favour their product. This negatively affects the Mexican economy as it leads to less competition. This allows companies to monopolise certain sectors, leading to little incentive to improve the service or product they provide, the prices of that good staying high as there isn’t a better alternative. Because of this, consumers will be less likely to buy medicine due to high prices, reducing income as there is less demand and negatively impacting the health of the nation as people are less likely to get the help they need. Although in 2008 the Mexican government has acted as the sole buyer, reducing the overpricing of medicine, the health sector still suffers from many of the same problems as they are often put under political pressure to favour some companies over others.

Since the 2000s, there has been a move towards actively combatting corruption, with multiple organising bodies being set up, such as Sistema Nacional Anticorrupción (SNA) which aims to prevent, investigate and sanction corruption which was implemented in 2015. However, as of January 2019, only the state of Jalisco is considered to be fully compliant to the SNA. This reflects the view that the government is coming up short when passing effective long-term reforms. This shows how the politicians are making little effort to address corruption therefore, the negative impacts felt on the economy will continue to remain. These organising bodies coincided with the war on drugs within the country, the government cracking down on corruption and those who facilitate it. However, this has led to a massive increase in violence since the turn of the century with intentional homicides being at an all-time high in 2017 (over 29,000 throughout the year.) This demonstrates how taking a combative approach to corruption could cause more harm than good as foreign investors may potentially try to avoid Mexico due to the potential of being caught between the war between the cartels and the government.

In conclusion, corruption is woven into the fabric of modern-day Mexico, being found at the highest and lowest layers of government. Apart from the obvious upfront cost to the economy, with US$3.8 billion disappearing from government coffers during Javier Duarte 6-year term as governor of the state of Veracruz, there is a deeper societal cost. Very little has been done to stop corruption, with only 1 state of 32 being found to be compliant to the SNA. Mexico has subsequently earned a negative perception due to doing little to stop corruption, not only from foreign investors but their own inhabitants. Because of this, consumer confidence has reduced with less people investing in the local economy due to uncertainty and a lack of belief of those in charge. Furthermore, considering 80% of municipalities were under the control of a drug cartel from 2005 to 2012, there is a very high risk that the companies or their assets may be abused as technically they are under the cartel’s control. Because of this, investors will look to countries where there is a better guarantee that their assets will be protected. If the Mexican government continue to do little to truly tackle the root of the problem, little change will occur and the Mexican economy will continue to function at less of what its true potential is.