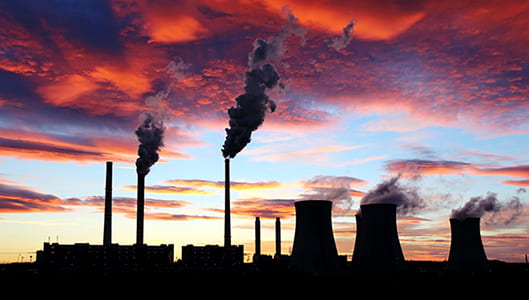 Will targets to bring greenhouse gas emissions in the UK to net zero by 2050 be a drag on economic growth?

In June 2019 the UK parliament announced the legislation to bring down greenhouse gas emissions to net zero by 2050. Being one of the first major economies to announce a legislation like this, the UK have succeeded in setting a standard in fighting greenhouse gas emission and hopes that other countries will follow suit. Whilst, this legislation may provide many environmental benefits but, what will the affect be on the economic growth of the UK.

As part of the legislation the government has promised to invest lots of money into many different environmental projects. They pledged to provide £5.8 billion to the International Climate Finance over 2016 to 2020 and to commit over 3 billion to support low carbon innovation between 2015-2021. This can have an effect on the economic growth of a country due to the opportunity cost of the investment. This is because, with the government investing heavily into these environmental schemes it means that they will struggle to inject more money into the economy. As a result, other sectors may receive cut backs in their expenditure as the government is now funding more into their environmental developments. An example, of this is that schools may receive less funding, this will lead to a decrease in the quality of education that students receive. Therefore, it can result in a less skilled workforce in the future, subsequently leading to a lower level of productivity. Another example, is if there is a cut back to the number of benefits pensioners receive. This may be likely as it takes up the largest percentage of government expenditure. If pensioners received less benefits from pensions it would decrease the overall economic activity in the economy as they now have less to spend. As a result, the decrease in expenditure will ultimately, cause a decrease in the amount of money flowing through the economy. This will cause firms to start producing less as the lack of spending means less profit and less demand for their products meaning they can start producing less. Consequently, the investments the governments are making can lead to money being taken out of the other factors of government spending. However, what if the government increase taxation to compensate for their loss? This is because, doing this can again lead to a decrease in economic growth. This is because by increasing tax it can lead to people having a lower disposable income as the higher tax takes away more of their income. This will cause a decrease in consumption and therefore, decrease the aggregate demand in the economy ultimately, causing a decrease in the economic activity. Likewise, if the tax is progressive it can create a disincentive for people to work harder to get higher salaries as they will receive a higher tax. Subsequently, this will cause lower productivity in the economy as there will be a lower incentive to work. 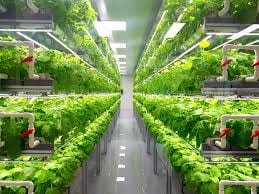 To add, if the government want to decrease emissions it may lead to an emission cap for many producing firms as this can account for lots of England’s pollution. This is because when firms produce their goods and services it usually uses lots of machinery to create and as a result, this releases lots of carbon dioxide. Therefore, if the government want to bring emissions to a net zero, they must enforce a pollution cap for many of their businesses. However, this can have harsh affects on the economy in more than one way. Firstly, by enforcing a pollution cap it means that businesses will be unable to produce the maximum amount of goods and services they can. This will immediately cause a decrease in the total potential output of goods and services which will limit long-run aggregate supply and ultimately, limit economic growth. This is shown in the diagram below when YFE shifts to the right and the loss of potential economic growth is shown as the gap between YFE1 AND YFE2. Nevertheless, this can further impact economic growth in many different ways. Due to the fact that companies can now only produce a limited amount of goods and services they do not need as many workers as their production can decrease. Therefore, there will be an increase in the amount of unemployment as there is less of a need for workers. The increase in unemployment will result in a decrease in economic activity, this is because, less people will have wages which leads to less consumption and overall, less aggregate demand. This is again shown in the diagram as the decrease YFE. As a result, the lack of expenditure in the economy means that businesses will receive less revenue and as a result, will not be able to produce as many goods in the future as they have less money to invest into capital goods. Consequently, slowing down the economic growth of the economy. Furthermore, the diagram also shoes that a decrease in YFE can lead to price inflation. This is because, as companies are receiving less revenue they may try and increase their prices to compensate the loss they receive from the decrease in the supply of their goods. However, this inflation may cause an increase in imports as people will try find cheaper alternatives for these products abroad. Especially, if the goods have many substitutes. Subsequently, this will lead to lots of our money leaving the economy and being transferred abroad as people are spending their money on foreign goods. This withdrawal from the circular flow of income can again decrease the flow of money through our economy and because of the multiplier affect it means that less money is spent throughout the economy. This will again cause a decrease in expenditure which will consequently slow down economic growth.

However, there is lots of evidence to suggest that the UK are able to complete this objective. The largest emitter of carbon dioxide in the UK in 2017 was from burning coal, oil and gas to produce electricity. The carbon dioxide released equates to roughly 20% of what the UK produces as a whole meaning, reducing this will be a big step in making sure we are a net zero emission country. This has been proven to be the case as this is down from 34% back in 1990. Furthermore, many non-renewable energy sources have decreased. The usage of coal has decreased from 67% to only 5% and the usage of oil has gone from 11% to less than 1%. This is largely due to renewable energy providing alternatives such as wind, solar and bioenergy. This is proof the government may be able to become a net-zero emitting country without, imposing environmental restrictions and creating trade caps. As a result, the level of production in the economy will stay the same having no immediate impact on economic growth. Moreover, although increasing environmental regulations is commonly seen as a hinderance to economic growth the UK has already proved that it is possible for environmental improvement and economic growth to go hand in hand. Cutting down emissions more than any other G7 country, there has been a 42% decrease in greenhouse gas emissions since 1990. Whilst seeing an expansion of 72% in their economic growth. This is evidence that it is possible for the UK government’s environmental regulations not to be a drag on economic growth in their quest to reduce greenhouse gas emissions. This is strong evidence that the UK will be able to reach their goal whilst not having a significant effect on their economic growth. However, the decrease in emissions was largely due transferring lots of the electricity generated into renewable energy and not from environmental regulations or cutting emission caps which would prohibit economic growth.