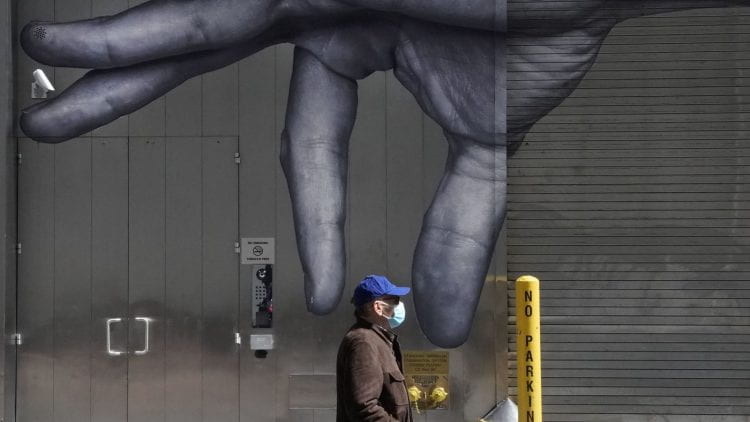 Why the opposition of the wearing of masks is nothing new.

On the 5th June 2020, The World Health Organization updated guidance on masks in relation to the COVID-19 pandemic which would go on the spark a national divide in the USA . The recommendations included the use of them by the general public in places hard to social distance such as shops and on public transport. These recommendations led to many states implementing face mask mandates and encouraging its citizens to protect themselves by covering the nose and mouth. So why has such a small slither of cloth caused such uproar?

“You are not God. Your removing our freedom and stomping on our constitutional rights by these communist dictatorship orders” screamed a woman at public hearing in Florida to discuss the new face mask laws, another shouts “they want to throw Gods wonderful breathing systems out of the window”. Masks have become a heated point of discussion, with many compiling and supporting the the new rules and guidance. However, a small vocal group have decided to actively ignore the growing evidence and refuse to conform and wear the masks. Viral videos of strangers confronting each other and having toddler like tantrums have plagued social media. A woman in California last month after being asked to put on a mask by store employees threw her basket to the floor and shouted “You think this is okay? You Democratic pigs, all of you!” Protests have also popped up, such as “Unmask Us” in Arizona to protest the mask mandate . The political controversy over wearing masks was further ignited with President Donald Trumps refusal to wear a mask and his claim in the Wall Street Journal that people were wearing a mask not to protect themselves from the virus but to show their disapproval of him. Defiance towards masks is nothing new. Echoes of the anti mask rhetoric can be seen a little more than a century ago during the Spanish flu pandemic of 1918. 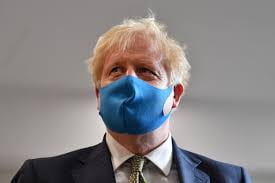 Much like COVID the Spanish Flu brought about national quarantines and mask wearing mandates in order to try and contain the spread. Bars, restaurants , schools and theatres also were forced to shut between 1918-19 putting cities and towns into standstill and measures such as “no spitting” ordinances, encouraging people to use tissues and frequently washing hands were implemented. Mask ordinances started to pop up and were mainly complied with, they were seen as a citizens wartime duty to protect the troops fighting in World War One. However, their was small platoons of rebellion amongst “Mask Slackers”. Many complained about them being uncomfortable, ineffective and bad for businesses. Some also claimed that they infringed on their civil liberties. Cities that imposed mask ordinances found in difficult to enforce them for the small proportion of those who rebelled. Punishments for not wearing them included fines, prison time or having your name printed in the newspaper.There were reports of people poking holes in their masks so that they could smoke through them or even fasting them on their dogs in mockery of the mandate. San Francesco’s second mask order in January 1919  implemented after a surge of cases caused a wave of opposition and the formation of the “Anti-Mask League”. It’s first meeting had seen 2,000 attendees and marked the turn to masks becoming a political symbol. It’s members included doctors and city elected officials, however it should be noted that its members only was made up of around 1% of  San Francisco’s population .The league objected the scientific evidence of the masks effectiveness and saw the mandate as unconstitutional.

The story of the Anti Mask league has parallels with the struggles of mask wearing in 2020 with the debate of how much a individuals freedom should be restricted for the common good of their community and the political divide which pursued the mandates. Despite centuries of defiance from a small group in society who’s ideas are often rooted in the idea of individualism and stripped liberties, it doesn’t change the statistics on masks effectiveness and its role in lowering transmission rates. Therefore, the sensible thing to do, like the majority of people in 1918 is to strap on a mask. 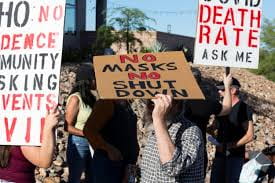