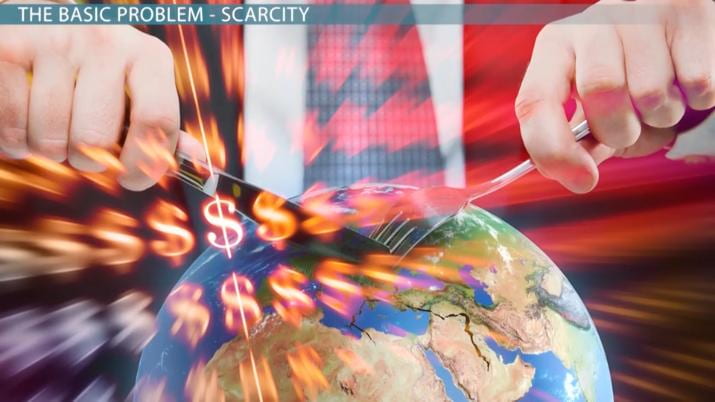 What do economists mean by scarcity and why is that idea so central in economics?

There are different types of scarcities in economics: Demand-induced and supply-induced. Demand induced- scarcity is when the demand for a product increases but, the supply stays the same. Now that the demand outweighs the supply there is going to be a shortage. Supply-induced scarcity is when there is a decrease in the amount of supply available for a product but, the demand stays the same. When demand outweighs supply, this can have negative effects on the economy. This is because, people will know be bidding on the products as there is a scarcity of them and as a result, will drive up the price of the product. This leads directly to inflation which, can be very damaging to an economy.

Furthermore, scarcity raises some of the most key economic questions. What goods to produce, how to produce them and how much to produce? Due to the limited supply of resources we have, suppliers and the government must know what products are in demand as they do not want to produce unwanted goods and consequently waste resources. Likewise, they must produce the right quantity of the goods as having a surplus will mean a waste of resources and finally, they want to produce it as efficiently as possible as they do not want to waste resources in the production process. These questions are crucial in economics and scarcity is a key reason for many problems we seen in economics such as: a misallocation of resources, government failure etc. These problems, are involved in all aspects of economics including economic growth. Because, of the scarcity of resources when there is investment in capital goods it deflates the consumer goods produced at the time. As a result, the scarcity of resources can influence how much economic growth an economy can experience.

Moreover, the scarcity of natural resources has led to the Tragedy of the Commons. This is when, no one is in charge of a particular resource and as a result it leads to people overusing this resource to their own self-interest. An example of this can be seen as deforestation. Many rainforests across the world are being cut and burned down for resources and they are not being replaced. This means in the future there may be none left for further resources.

Scarcity is so important as the shortage of resources is what builds up the most fundamental questions in economics. It is the reason we must efficiently allocate resources and manage the depletion of natural resources as there is a limited amount of them.