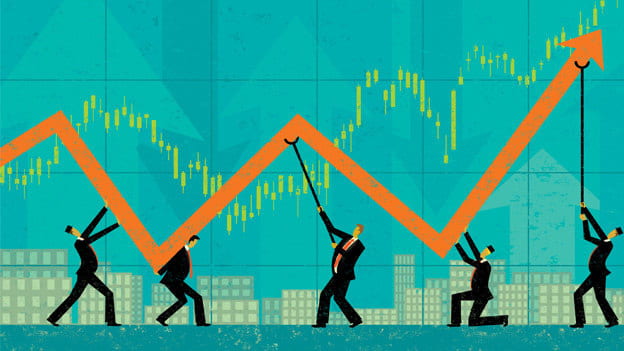 What exactly is economic growth and why do some parts of the world grow more rapidly than others?

However, why can some parts of the world and some countries grow more rapidly than others. One reason for this actually stems from a crucial disadvantage of the measurement of GDP. The reason GDP cannot be used as a complete measure of growth is due to the fact that GDP does not measure social or environmental issues. For example, many countries have emission caps for business as they want to decrease environmental damage however; this reduces the output of GDP and limits their total potential GDP as firms cannot produce as many goods. Nevertheless, if this emission cap would be removed then it will cause an increase in GDP which signals economic growth but, it will cause many environmental and social issues. But there are many countries who will ignore their social issues in return for an increase in their GDP.

A country that can support this evidence is Singapore. The economic development of Singapore has been miraculous as they went from a country struggling after they gained their independence to one of the biggest economic hubs in Asia and boasting a higher GDP per capita then America. Yet, how did Singapore accomplish such a task. After gaining their independence in 1965 they had: 3 million people unemployed, almost no natural resources and the majority of the population living in slums. Therefore, Singapore’s leader Lee Kuan Yew knew that the only way for them to develop was to entice more advanced countries to come to Singapore and set up their multinational companies. This would lead to an influx of money as these companies would then invest in Singapore and their businesses would increase the circular flow of income for Singapore. The way Lee Kuan Yew managed to attract these companies was through globalisation. Globalisation is the spread of products, technology, information and jobs across national borders and cultures. Lee Kuan Yew provided these countries with: low taxes, few capital restrictions and almost no regulations. Lee Kuan Yew managed to do this as they had a totalitarian government meaning that with the tight government control, they were able to put all their efforts into economic growth. They could direct all their efforts and resources into maximising this and they can do this as efficiently as possible as there will be no interventions or oppositions. These factors directly contributed to Singapore’s rapid economic growth. Yet, with such high economic growth came drastic social consequences. Due to the fact, Singapore allowed such low wages for their workers it led to massive exploitation of the Singaporeans that is still evident today. Although being seen as one of the most economically developed countries in Asia, it ranks as the 26th most income disparate country in the world and one of the highest ones in Asia. According to the government 105 thousand families live in poverty, that is rough 1 in 10 families which account to roughly 378 thousand people. Figures also show that 10-14% of Singaporeans live in poverty. Nevertheless, the poverty levels in Singapore have been increasing. From 2012 to 2015 the amount of families relying on assistance from government has increased by 43%. This poverty can be consequences of how Singapore gained its wealth in the first place. As a result, of the restrictions put, in by the government Singapore was able to experience some of the fastest economic growth ever seen. Singapore’s growth can be attributed to their totalitarian government. Although, there was other factors that helped attract the countries, like Singapore’s located near the Strait of Malacca giving them access to 40% of trading passes. The tight government control allowed them to put all their efforts into economic growth although, it came at the cost of poverty for many of their people.

Tight political control has not just helped Singapore with their economic growth but, many other countries. One of these countries is China, who boasts one of the largest GDP’s in the world at roughly $13.4 trillion USD and is set to double every eight years. Due to China’s massive population in the billions it led to a large flow of foreign investments. Many countries wanted to open up factories in China as they had such a large workforce and as a result had access to a large pool of unemployed workers. The government allowed this to happen and accumulated around $100 billion USD worth of investment in 1994. This money went straight into improving technology and building factories. However, these factories offered very poor conditions and very low wages. Due to the high unemployment many Chinese people were desperate for jobs. As a result, this meant these factories were able to charge such low wages as they knew many people would still want to work. This led to the exploitation of many Chinese workers and the government did not step in to intervene. Moreover, roughly 44.06% of China’s GDP goes back into capital investment. This is evidence that the government focus more on increasing their economy instead as they focus on increasing their GDP instead of improving the welfare of their citizens. This is evident in the fact that roughly 17 million Chinese people still live in extreme poverty and approximately 16.6% of the population earn under $1.50 a day. However, China’s government also risk people’s health. Due, to the extensive number of factories and pollution China is one of the largest emitters of carbon dioxide in the world and this heavily affects their citizens. These high levels of air pollution have cause roughly 350,000-400,000 premature deaths across China’s cities. Although, it can be argued that China’s economic growth can be due primarily to their large population their allowance of the low minimum wage laws and lack of regulations is what attracted many multi-national companies. Moreover, the lack of emission laws and care for their citizens is how they managed to so quickly increase their GDP to one of the largest in the world.

In conclusion, some parts of the world grow more rapidly than others as they focus primarily on their economic issues without concern for their social issues. Due to China and Singapore’s political structures and how they have no opposition they are allowed to redirect the resources into whatever aspect they want. Although, this can cause social and environmental problems, they are not recorded on GDP which means that China and Singapore are still growing economically despite the lack of concern for the other issues in their countries.