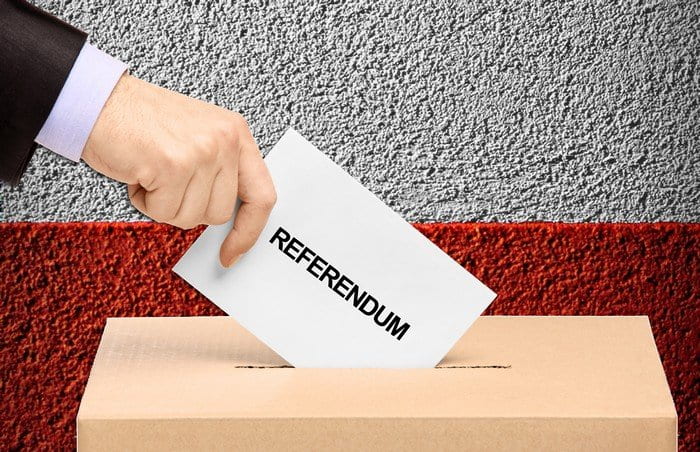 The Positives of Having a Referendum – By Samuel Hughes

A referendum is a general vote by the electorate on a single political question which has been referred to them for a direct decision. Recent referendums in the UK decided that Scotland would remain part of the United Kingdom, the UK would leave the EU and the UK would keep its current voting system, therefore rejecting Alternative Voting.

Furthermore, referendums encourage a more responsive government. In comparison to General Elections, referendums show a clearer public opinion on matters as it is them speaking and not their representatives. Therefore, a government is much more likely to act on referendum results to satisfy the electorate in an attempt to secure another term in office. This may have been a contributor to Conservative success in the 2019 General Election as they said they were going to honour the 2016 referendum results and do what the people voted for, in contrast to the Liberal Democrats who would keep the country in the EU or Labour who would have another referendum. By being responsive to the peoples wishes, the Conservative party achieved another term, therefore showing the incentive for a party to respond to referendum results. In all, a referendum forces a responsive government as they have added incentive to deliver what the people want.

To conclude, by having a referendum, there is a large increase in direct democracy and therefore a clearer view on the public’s view without being distorted by their representatives in parliament. Furthermore, there is an increase in political education and a more responsive government wanting to honour public opinion.