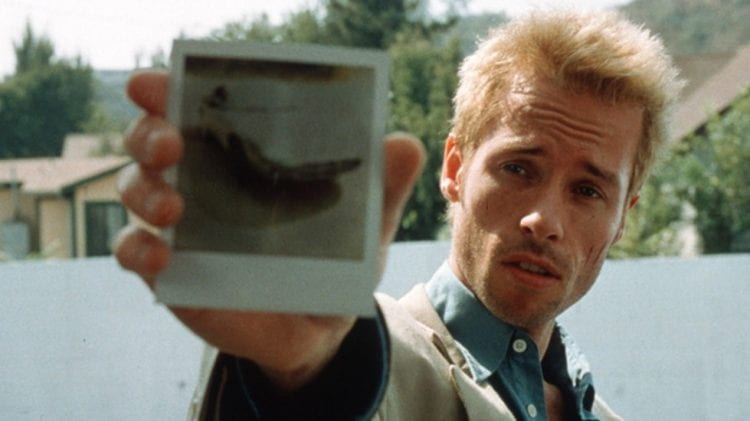 Films are a fantastic medium which can discuss many philosophical ideas and questions, especially the application of philosophy through film allows for the expansion of knowledge. I will be focusing on two films – Memento and The Matrix and explore some key themes in each of them.

The film has a basic premise – a man’s wife is supposedly murdered by a drug dealer and he wants revenge. But the film is anything but basic. The man – Leonard – has short term memory loss and cannot form new memories and the only clear thing he remembers is his wife’s death. The most interesting thing about the film is we are thrown into his world “in media res” (in the middle of) with the backstory shown through flashbacks. We, the audience, are just as clueless as the main character and we must, too, also piece together the information we are getting. In the end of the film – it is heavily implied that Leonard was, in fact, the person who killed his wife by an overdose of insulin injections. This begs the question whether, when he loses parts of his memory, does he (Leonard) still exist or is this a completely different person?

Psychologists and Philosophers alike argue that memories are fundamental to a human being – they make us who we are, they build our conscience and our worldview and if we, suddenly, stopped remembering or lost these memories, surely we would be different people? The film Memento is a problem of the philosophical nature of the mind – whether our consciousness and memories make us truly who we are. The extended mind by Andy Clark and David Chalmers is a theory of how objects in the environment function as part of the mind. Both argue that the mind is contained within the boundaries of the skull, but external objects can add to or influence memory. This can be seen directly in memento and it is referenced heavily throughout the film – Leonard carries polaroid pictures and tattoos himself to remember, by physical means and objects. Clark and Chalmers also argue there is a “coupled system” of the external and internal world which is clearly shown and hinted to during the film. Therefore, it can be argued Leonard, despite having short term memory loss, does not conventionally store memories but he does have them which is shown via the extended mind thesis – he just requires objects to aid his cognition.

Despite this, Leonard’s condition allows him to be highly malleable in his memory – one of the characters, Natalie, helps Leonard at times but at others is shown to be manipulative and ruthless. This is the downfall of his system as he is unable to recall how she acted towards him. This shows a problem with the extended mind theory, no matter how hard Leonard tries to recall events by using his mementos – there will always be a chance him not recalling what he meant correctly or, like with the situation with Natalie, he does not have enough time before he can write down the information of her manipulation and ruthlessness before his memory loss. Leonard simply cannot process information in a normal way to develop a clear picture of the world, it can be said he is much like a child every time he receives a memory loss. He relies on other people so heavily to be telling him the truth and, when his mementos fail, he pays the price for it. Therefore the theory of the extended mind can be shown to be valid, in some circumstances, but in this case of short term memory loss – it is clear it is easy for him to be tricked or lose key information by not writing down or misplacing his mementos.

Furthermore, if we take the point that memories are what make a human, we can argue from a biological standpoint this is not the case. Bodily, we are still ourselves. If we accept the shell is part of us as a human being – Leonard would still be Leonard. However, if every time he loses memory it can be stated that he would not be the same person as before. But does this seem plausible? If a person, who never having before experienced a blackout, forgot what happened to them during that day it would be argued they are still the same person as before.

Lastly, it can be argued this is a film about the philosophical nature of responsibility and, whether we can truly rely on the protagonist’s memory. At the end, we are aware he has killed multiple individuals (which could include his wife depending on your interpretation). This begs the interesting question whether he can be held accountable for his actions as he cannot remember ever doing them. This is further insinuated by the allegory of Sammy Jenkins which, in my interpretation, is a projection of Leonard killing his wife – tying into the concepts of accountability and reliability. 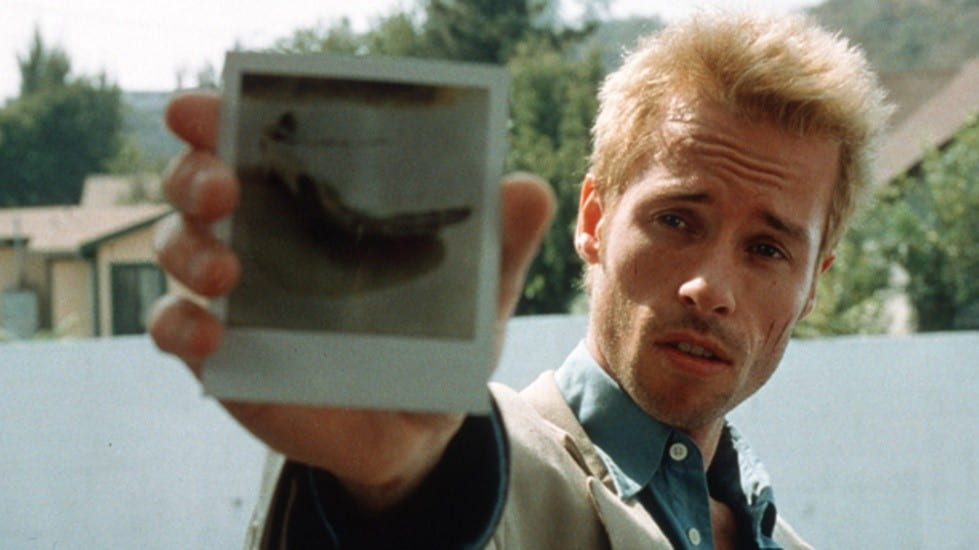 The Matrix – directed by Wachowski’s

The Matrix is largely an interpretation of Plato’s allegory of the cave. Plato’s cave discusses the lives of individuals who are born inside a cave and are to spend their whole lives there; chained to a wall with only being able to see what is in front of them and the shadows cast by a fire behind them. The Matrix largely asks the question “what is reality?” which is a key concept to Plato’s philosophy. The people in the cave believe the view on the wall and their shadows to be what is reality as they have not experienced anything different, they are ignorant – which is a key parallel to Neo in the film.

When Neo is brought out of his ignorance by Morpheus, it resembles Plato’s Analogy of the Sun, where the sun illuminates the ability to be see intelligible truth. The Matrix takes the philosophy of Plato and creates an interesting premise which displays the “Simulation Argument,” which discusses whether our world is true reality or if the universe is simply a simulation.

Furthermore, the whole premise of the “red pill” or “blue pill” – where the red pill represents philosophy and reasoning or, in this case, objective knowledge and where the blue pill represents ignorance and simple beliefs. This is a clear reference to Plato who discussed that, through reasoning, we can know objective truths about things – the World of the Forms which is represented in the Matrix. Plato argues that if we can reason and know the true World of the Forms, we have the duty to teach others to remove their ignorance. This is a clear comparison to Neo in the film who seemingly takes it upon himself to free others from their acceptance of a simulated society.

The Matrix draws inspiration from René Descartes’ “evil demon argument” and his “dream argument.” The evil demon argument discusses whether we can truly ever trust our senses and his dream argument distinguishes life as some sort of a waking dream in which we cannot distinguish from an actual dream (interestingly, this is heavily implied due to the character – Morpheus’s name meaning the God of dreams and sleep). In his “evil demon argument”, he argues that there is a doubt placed on our true perception as we are being deceived by an evil demon. This raises interesting questions of free will and our ability to have rational thought and make our own decisions if we are being controlled by “evil demons.” This is directly raised in the Matrix where artificial intelligence has taken over most of humanity, controlling its production for its own gain.

The Matrix poses some interesting questions about the true nature of our perception, rationality and free will as, in the Matrix, they are given the illusion of free will and rationality. That is, until they make the decision to take the “red pill” and become enlightened, just the Plato’s allegory of the cave when one of the prisoners decides to leave the cave and venture out into the world. But is this satisfactory? Thomas Gray’s 1768 ‘Ode on a Distant Prospect of Eton College,’ states that “ignorance is bliss, ‘tis a folly to be wise,” (quoted by Cypher, a character in the movie) perhaps the absence of knowledge and the rejection of enlightenment is a more satisfactory option as it doesn’t cause unnecessary stress. Cypher’s role in the movie is the archetypal traitor character, playing the Judas role. When given the choice between a human reality filled with suffering and a simulated reality, he, ultimately, makes a deal with Agent Smith (the antagonist) and betrays Morpheus. But was his point of view correct? I do not believe that ignorance is bliss, if we apply this to the world in the 21st century and remain ignorant to issues happening around the world – we risk losing our humanity. 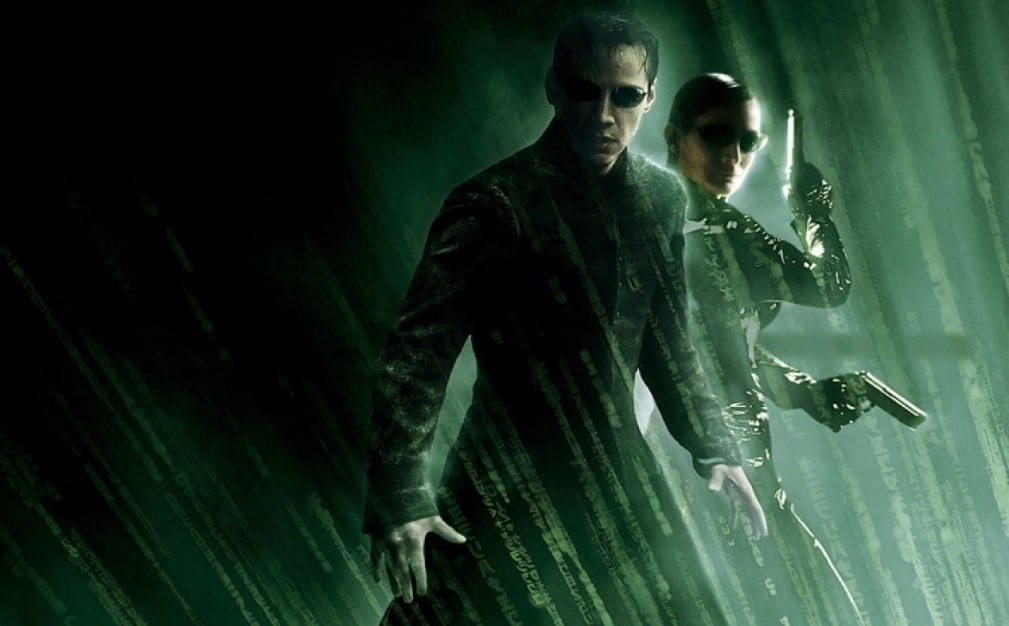