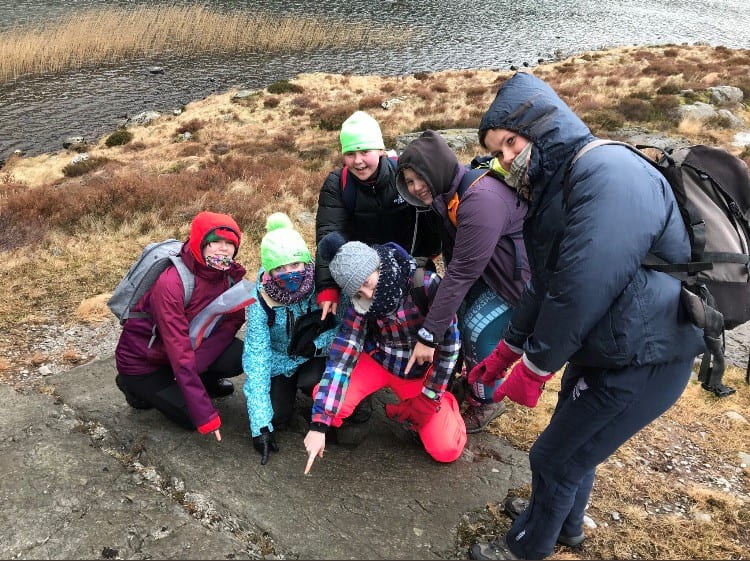 On the morning of February 7th, the year 12 geographers gathered in LMS, ready for the 5day field trip to Rhyd – y – Creuau Field centre in the hills of Snowdonia, Wales. Despite the tedious 4-hour journey ahead and unpromising weather warnings this did not dampen the mood of the trip at all with minibuses filled with music and laughter as well as promises of McDonalds at the service station. The focus of the trip was to gain vital skills and information to complete our pending NEA (non – examined assessment) pieces. Along with also experiencing first-hand a number of topics we study. This included focussing on some of the outstanding glacial features embedded in the history of Snowdonia as well as studying a local seaside town through its growth and rebranding. It is always useful to be able to visualise the features being spoken about and this fabulous trip enabled us to do so.

On the first day we all gathered and set off on our journey to the Conway valley. After a long journey and numerous snacks had been eaten, we arrived in the small town of Betws – y – Coed. Here we set off with our questionnaires that we had all designed before we left school on the Survey 123 app. We were specifically looking at tourist attractions such as the shops as well as the beautiful Afon Llugwy river running through the centre of the town. Once we had finished investigating, we headed back onto the road where we soon arrived at the  Rhyd – y – Creuau field centre where we would be based for the next upcoming days. After being greeted and spoken to by our centre coordinators we all settled into our rooms before heading to dinner to refuel for our first evening lesson of the week from 7 – 8 pm. This was to introduce us to the course and NEA requirements we would have to adhere by.

It is safe to say we were all pleasantly surprised by the extra facilities for us to use including a games room fitted out with a pool table, table football and a ping pong table, even Mr Ramsey had a go and swept the floor with his skill! There was also a common room fitted with sofas all around the room which came in especially handy when watching the rugby world cup match, even if there was the occasional power cut…not forgetting the unlimited cups of tea and coffee keeping us going throughout each day. 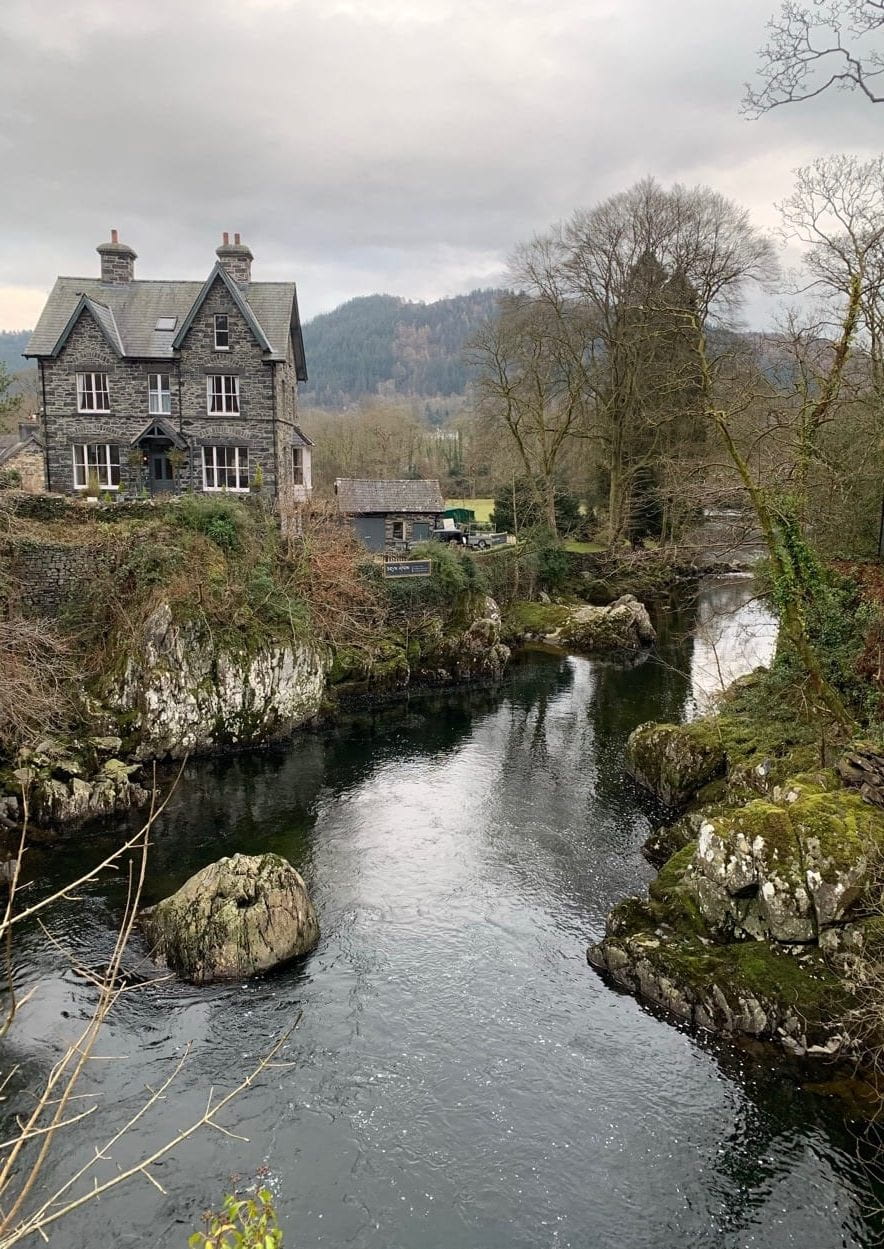 I think it would be fair to say this was our busiest day filled with all things glaciers. After breakfast and a short daily briefing, we travelled a short 30 minutes to the Nant Ffrancon Valley for a nice long hike up Cwm Idwal whilst being shown so many different glacial landforms we had only ever seen previously in textbooks. Using an app called Skitch we were able to take a photo of the landforms we saw such as truncated spurs, corries, u-shaped valleys and moraines and then label them straight away with notes and information relating to the feature. This was made harder with the impending storm heading our way with wind speed growing by the hour. Some of the glacial landforms we found include, truncated spurs, a misfit stream running through the centre of the valley, Arêtes and striations from the ice to name a few. The growing winds were still not going to deter our designated photographer Mr Smith capturing copious amounts of photos throughout our trip even if it did feel like the wind was going to blow us all over. He even taught us the formation of a glacier through a dance! After we finished our hike it was back to the minibuses to travel to a Roche Moutonee in the valley followed by a pentir esker and kame where Wales lived up to expectations with the number of sheep in the fields running around and jumping over walls! This day really helped to transfer classroom to reality for all students. Once we returned to the field centre, we spent some time doing some statistical analysis (chi squared) and using this data to answer the enquiry question on the origin of deposits.

Little did we know storm Ciara was going to strike overnight…

Storm Ciara worked her magic through the night for us to wake up almost completely cut off to other areas. Caused by a jet stream from North America, the third named storm of 2019/20 produced heavy rainfall and gales of wind up to 93mph causing widespread disruption and flooding. Unfortunately, this left some of the centre coordinators unable to travel into the field centre as well as leaving the centre with flooded classrooms and the odd power cut. However, we took this into our stride, starting the morning slightly later than originally planned with plenty of tea and coffee in hand and a little improvisation from our fabulous teachers, we all set to work being taught how to do statistical testing, so we kept learning despite the circumstances we were presented with. With the whole field centre to ourselves we easily found the time to make the most of this and play 4040 homie, hide and seek and sardines! As a group we all walked down to the river Conwy which was so heavily flooded with burst banks either side and such a fast flow carrying all sorts of debris, with Mr Davies giving us an insight into the strong weather we were all witnessing first-hand. After the last lesson of the day it was announced that the Snowdonia Mini Olympics (organised by Mr Davies) was to go ahead that evening where students competed in teams in the hope of winning some edible prizes. The Mini Olympics consisted of five rounds playing to different strengths and finishing with a tug of war completed by teams of students and judged by the teachers, with team Schist (Gracie, Grace, Felix, Oli and Will) claiming victory. It really was a great way to finish the day.

Now the weather had subsided slightly we were able to travel outside of the field centre to Llandudno, a coastal town in Wales. This links to the human geography side of the course “changing spaces; making places” allowing those who wanted to focus on human geography for their NEA were able to take away certain methods of investigation. We were specifically looking to see how the characteristics of a place is viewed by different groups. we will collect primary and secondary data such as; resident and stakeholder perceptions of place, questionnaires, variations in housing, environmental quality surveys and crime rates, census information and super output areas.  An example of this data collection is through Dérive cards that allow you to explore an area in a totally randomised manner giving instructions to “turn left” or “take the next right” and therefore avoiding any sense of bias within the research. We also carried out an environmental quality survey. To do this we split into groups and selected specific areas we were going to survey so that it was a joint effort and time saving.  we also used the skitch app to do some mind mapping and labelling of specific areas around the town even if it bitterly cold and started to sleet. We also walked up to the viewpoint which had a beautiful view over the old Victorian sea-side town as well as a few goats here or there!

This was our last day at the field centre and despite plenty of us being rather tired from having lessons during the day and in the evening, spirits were still keeping high through the day. Even with a bit of snow (yes, we really did have all weather types thrown at us) we continued with research methods including storm plotting and interception experiments. Using the field centre facilities, we were able to simulate these experiments using boxes that replicate different types of vegetation. we gave each group the same amount of water to start off we then poured this water over the different vegetation samples stating a stopwatch immediately.  we then measured the volume of water falling of each surface until there is no more traces of water; final measurements are then taken to see how much of the water has been intercepted in the specific time frame.  This way you can measure interception rates of different vegetation type in a relatively basic manner. After we finished our last lessons of the trip, we loaded all our bags onto the minibuses and headed home after a long but highly beneficial week for our course.

After these invaluable 5 days in rainy Wales, we all have come away with the perfect toolkit to help us complete our NEAs as well as clear memories of the incredible Welsh landscapes. While we were there to learn there was always plenty of time to relax and play games together. On top of this, everyone had a great time even though the weather was not always on our side. Thank you to all the teachers involved in organising this trip especially Mr Ramsey and Mr Smith who we could not have done this without. 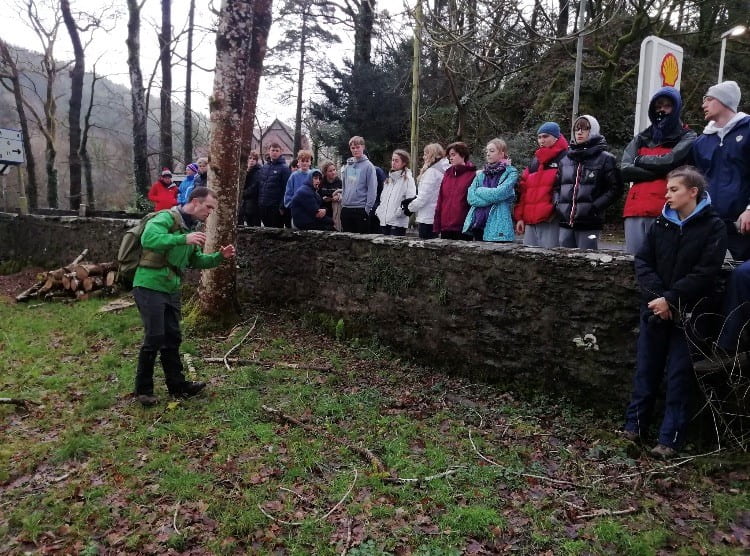 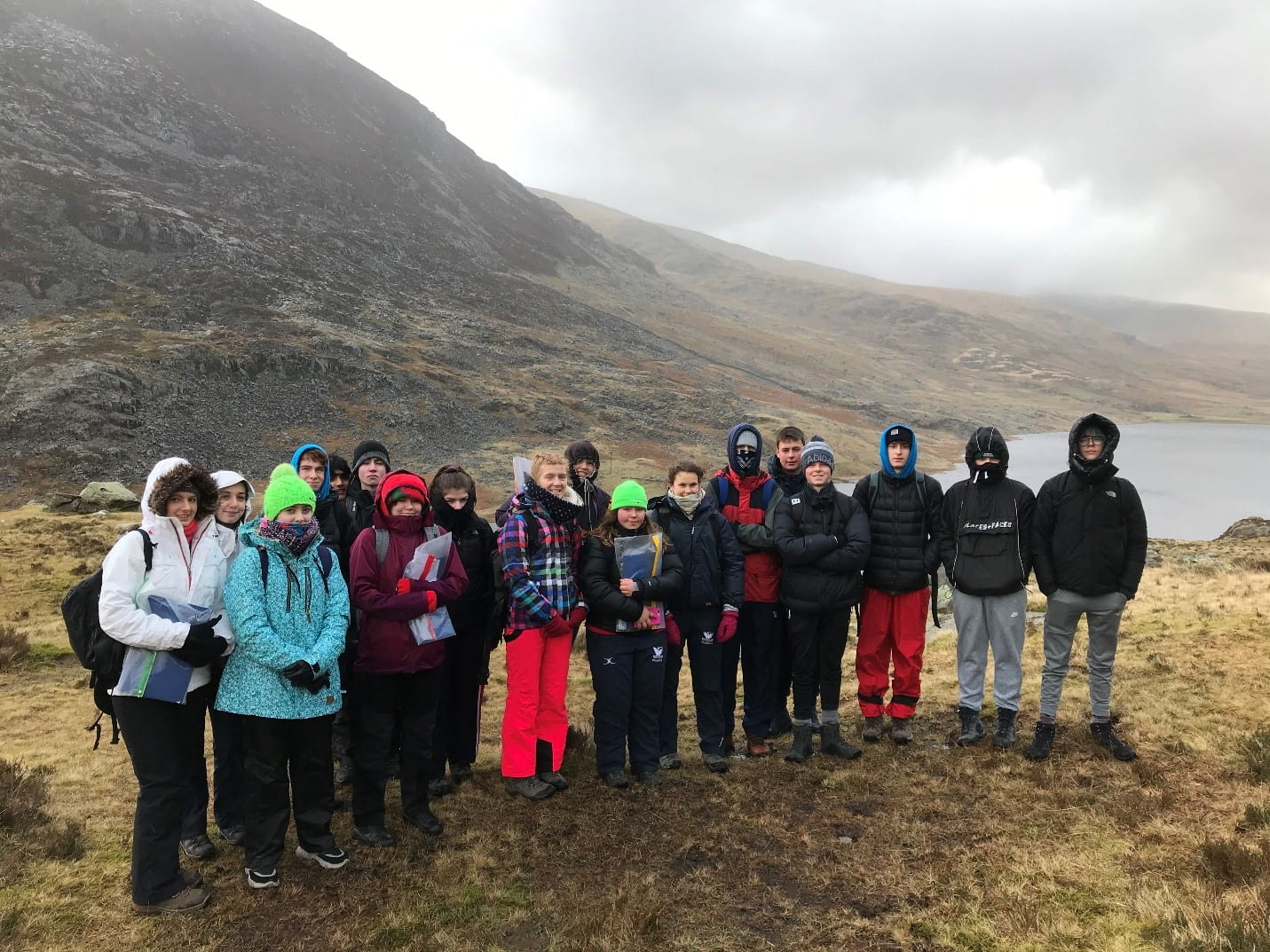 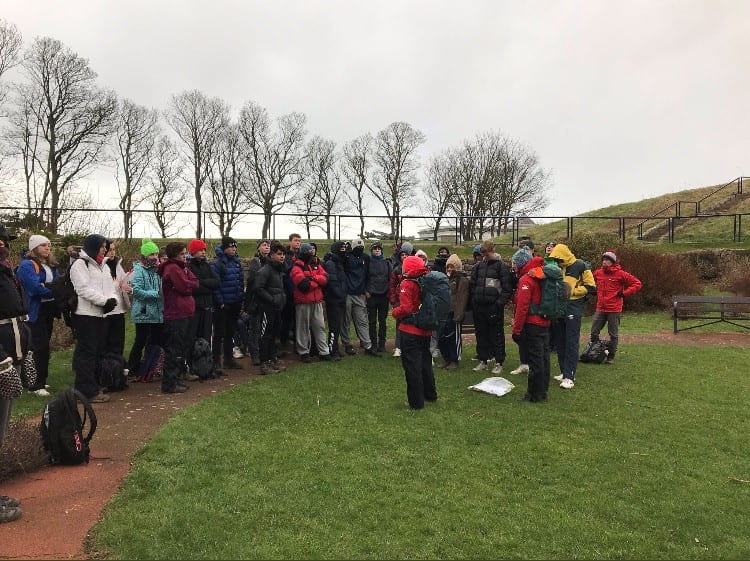