HeLa is an immortal human cell line which is used for scientific research. It is the oldest and most used of its kind, originating from cervical cancer cells taken in 1951 from Henrietta Lacks, who died just eight months after her malignant tumour was removed without her permission, but little did she know that really she (or at least her cells) would achieve immortality thanks to this operation. Cells from her tumour were kept for scientific research by a cell biologist called George Gey without the knowledge or consent of Lacks or her family because it was not required at the time. The operation took place at John Hopkins Hospital as it was the only hospital nearby to treat black women like Henrietta at this time when black people in America. Once Gey began testing the cells he noticed that they could be kept alive unlike any he had seen before as they did not conform to the Hayflick limit as is usually expected and so he began to seriously develop the cell line. 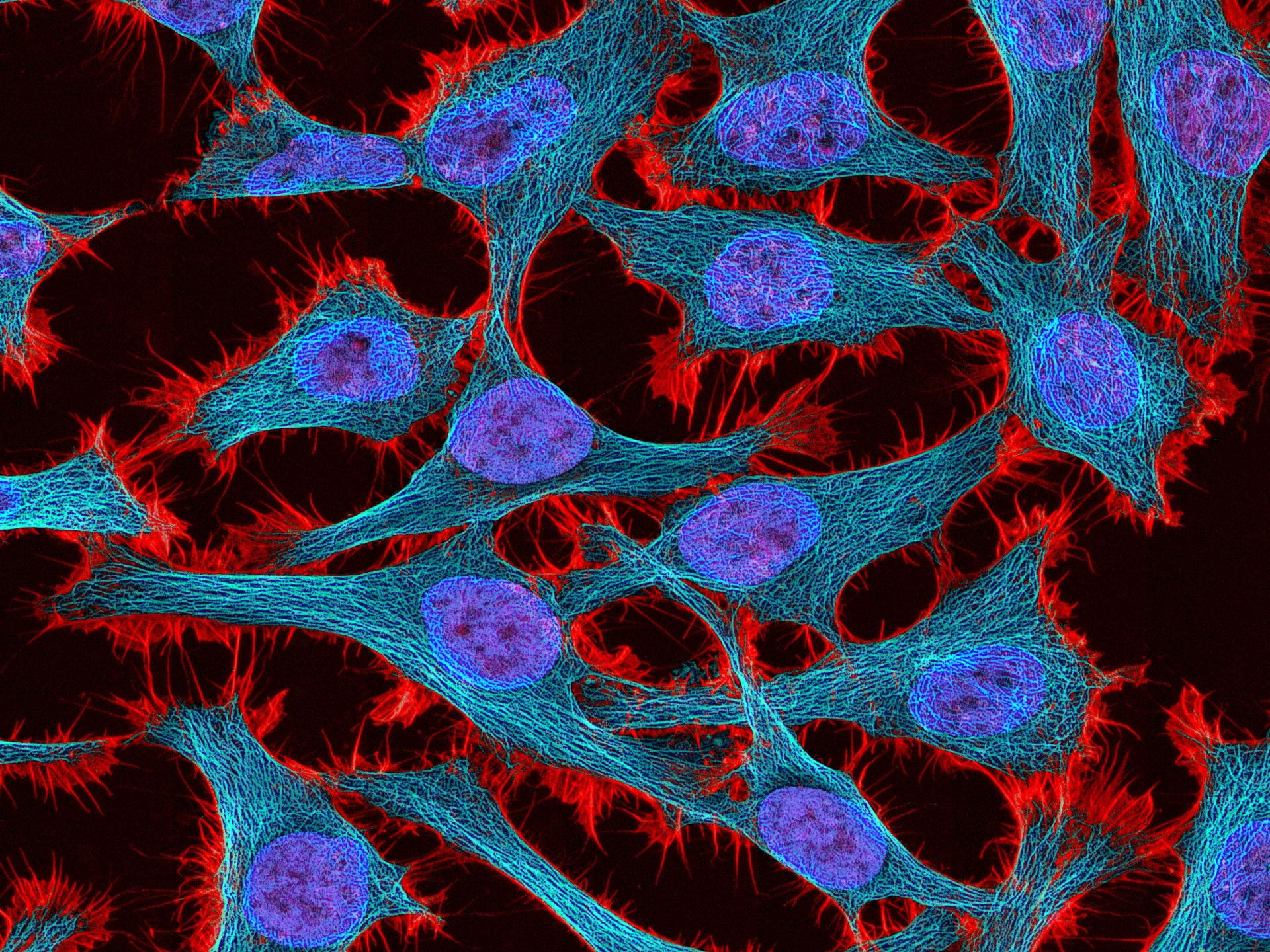 HeLa were the first naturally immortal cells ever discovered which meant they were, and remarkably still are, incredibly useful to scientific research due to their ability to reproduce on their own in the right conditions. The cells have been used for many purposes such as disease research, gene mapping and radiation testing. Jonas Salk used HeLa cells to develop the polio vaccine, they were also used to develop a vaccine for cervical cancer and in 1953 they were the first human cells to be cloned. Around 70,000 studies have been have been published which involve the use of HeLa cells and recently at least two Nobel Prizes have been awarded after research using the cell line. Over 50 million metric tonnes of HeLa cells have been produced in cell factories all over the world, that more cells have been produced artificially in labs than ever by Henrietta’s body when she was alive and they are still widely used to test products on today.

As neither Henrietta Lacks nor her family knew what had happened to her cells there has been a lot of debate about whether the involved scientists’ actions were unethical, especially as her family rather  ironically lived in poverty and never received any kind of financial benefit from the commercialisation of Henrietta’s cells. However, in 1990 it was ruled by the Supreme Court of California that a person’s discarded tissue and cells are not their property and can be commercialised, which sparked outrage in Henrietta’s family. The question has also been raised about whether the same thing would have been done had Henrietta been white, although Gey had been trying to develop a continuous cell line for years so it is likely he would not have thought of any ethical concerns or at least wouldn’t have let them bother him.

Leigh Van Valen, an evolutionary biologist from Chicago, claims that HeLa cells are microbial (a minute life form) and a bear no resemblance to other human cells anymore. This suggests that they are an entirely new species because although the cells originated from a human, they have evolved so much for survival in a Petri dish that they now have a non-human number of chromosomes. According to Leigh Van Valen, HeLa is “an example of a contemporary creation of a new species” which demonstrates the overwhelming power of understanding science. The scientific name for this new species is Helacyton Gartleri, acknowledging both Henrietta Lacks and Stanley Gartler, who was first to realise how useful HeLa cells could be.

These cells have been used in research which has saved people’s lives, proving how useful they are despite the ethical problems of initially taking, reproducing and then selling them for a profit. HeLa is possibly the most useful strain of cells in the world and the idea that scientists have caused the cells to mutate so much that they have become an entirely new species is scary but ultimately fascinating.