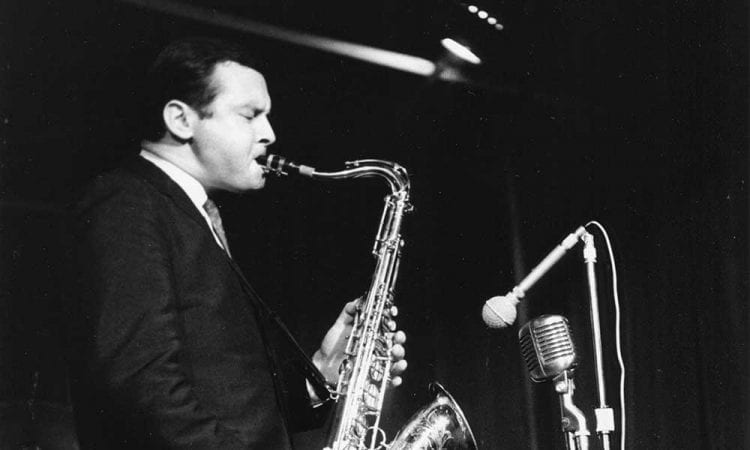 The Importance and Relevance of Jazz Music in Today’s Society

From humble beginnings in New Orleans, jazz music has never ceased to capture the imagination of numerous groups of people around the world. From Miles Davis to Stan Getz, the world of jazz has evolved hugely from its origins in 19th and 20th century America, gaining notoriety, greatly diversifying and creating communities around the globe. Whether you love it or hate it, here’s why jazz is here to stay, and why it is so vital to celebrate it.

Hailing from the African American communities in New Orleans during the late 19th and early 20th centuries, jazz offered a stark contrast to the previous musical genres so prevalent at that time; with its erratic melodies and improvised notes, jazz was a means of expression for many people, allowing them to break away from the conformity of classical music and give them the ability to express themselves freely through the means of music.

Deriving its roots from the blues and ragtime music of the 19th century, jazz mainly developed in 1910 in New Orleans, where the city quickly became known as the ‘birthplace of jazz’. Despite this, the musical genre also has roots in Western Africa, as well as being known as a traditionally ‘African American’ genre of music with many famous jazz musicians hailing from the southern United States. Both blues and ragtime are considered to be characteristically ‘African American’ genres of music, with musicians such as Muddy Waters and Scott Joplin creating compositions throughout the 20th century, punctuating the era with unique and forthcoming musical creations that were enjoyed by all.

Buddy Bolden, also known as ‘The Founding Father of Jazz’, gained his title in the early 20th century when he was renowned for his immeasurable aptitude at playing the cornet. His completely unique and innovative ability to create such a loud and sharp note from the instrument had never been done before, drawing people from far and wide to come and listen to the compositions that he would create with his band. Bolden added a wonderful flare to his music; with sporadic improvisations and unexpected, piercing notes, his music was exactly what people wanted in a way for them to escape the racial inequality that America faced during this time. Bolden also spearheaded the ‘Big Four’, a musical term which applies to the emphasis put on the second fourth beats present in a piece of music, namely in a piece of music such as a ‘march’. His band, the ‘Buddy Bolden Band’, was hugely popular in New Orleans in the early 20th century, where they regularly played in downtown dance clubs and bars, mostly in the red-light district known as ‘Storyville’. Despite Bolden’s huge rise to success in the 20th century, he began to become paranoid from heavy alcohol abuse, leading to schizophrenia and a mental breakdown when he was young, causing him to be detained in Jackson mental health hospital until his death in 1907.

Bolden was a main instigator in the creation of New Orleans Jazz, a genre of music that is sometimes called ‘Dixieland’ jazz. He was undoubtedly a huge asset to the music scene in the 20th century, but New Orleans Jazz is only one of the many variations and subgenres of jazz music.

The ‘Jazz Age’ was a period in America’s history that lasted from 1920 and ended in 1929, the same year that the Great Depression started throughout the United States. Jazz became hugely popular during this time, with different variations such as ‘Hot Jazz’ and ‘Chicago Jazz’ beginning to develop more elaborately. Musicians such as Louis Armstrong and Duke Ellington were famous members of the ‘Hot Jazz’ movement of the 1920s, creating compositions such as Armstrong’s ‘Potato Head Blues’, written in 1927, and Ellington’s ‘Black and Tan Fantasy’, also written in 1927. Both of these pieces were hugely popular at the time, acting as a soundtrack for the people who lived throughout 1920s America. With the prohibition of alcohol present from 1920 to 1933, people needed a place to relax and drink without the fear of being arrested. ‘Speakeasies’ were the answer to everyone’s prayers: an illicit place where you could enjoy an alcoholic beverage, dance and socialise, all while listening to the latest jazz music of that era. Despite the illegality of these bars in various places in the United States at this time, many of the ‘Speakeasies’ in America were owned by organised criminals, with Al Capone famously owning approximately 10,000 different ‘Speakeasies’ throughout Chicago. This meant that the police force frequently could not intervene with the unlawful ownership of the bars, as well as the illegal sale of alcohol, and therefore had no power to make arrests. Alcohol was enormously cheap during this time, meaning that many owners of these ‘speakeasies’ would be making thousands of dollars a night.

In the 1930s and 1940s, jazz subgenres such as ‘swing’ and ‘bebop’ were hugely popularised. By now, jazz music was becoming globalised, with many foreign jazz musicians beginning to emerge. The development of ‘Gypsy Jazz’ began in Paris during the 1930s, mainly created by the Romani Gypsy guitarist Jean “Django” Reinhardt. His immense skill for playing the guitar is widely perceptible in all of his music; consisting of rhythmic arpeggios, wild improvisations and yet still managing to retain a seamless and harmonic melody with the other instruments, Reinhardt’s music is truly an unforgettable sound. Reinhardt formed ‘Quintette du Hot Club de France with his guitarist brother, Joseph Reinhardt, violinist Stéphane Grapelli and several other members, creating a genre of music that combined both stereotypical American jazz with the Gypsy music of his roots, thus creating a completely unique and wonderful subgenre of jazz. ‘Gypsy Jazz’ was completely different to previous subgenres as it lacked any brass instruments and was mainly compiled of guitar, banjo, accordion and some kind of stringed instrument, commonly a double bass. The creation of ‘Gypsy Jazz’, or ‘Jazz Manouche’ as it is also called, kickstarted the globalisation of jazz music as a whole, leading to the constructions of subgenres such as ‘Bossa Nova’ in the 1950s and the ‘Afro Cuban’ jazz that was hugely popular in the 1980s.

From the 1990s to 2010, Jazz music was becoming more uncommon, so the resurgence of movements such as ‘Classic Jazz’, ‘M-Base’ and ‘European Jazz’ began to increase again in popularity. By 2010, ‘Jazz Pluralism’ was back in fashion, allowing artists to mix subgenres of jazz and create compositions of their own. 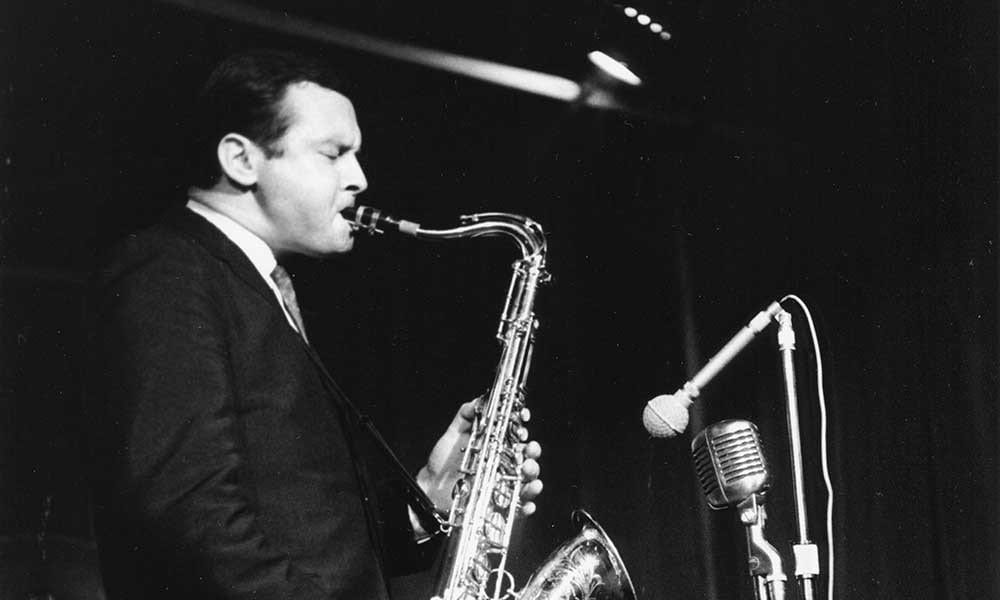 Overall, there are at least 40 different subgenres when it comes to jazz, with blues and ragtime being the ‘parent’ genres of jazz as a whole. The creativity associated with jazz music has always excited me, with artists such as Matisse and Kandinsky using jazz music as a means of expression in their artwork. Blue Note Records, perhaps one of the most well-known jazz record labels ever recorded, enlisted the help of artist Miles Reid to create bold cover art for newly released albums. Reid took inspiration from many Bauhaus designs created by artists in the Bauhaus School of Art in Germany and created approximately 500 unique album cover designs. The cover art produced by Reid consisted of bright, bold colours with a very minimal colour palette, usually involving geometric shapes and frequent use of solely black and white to create the covers.

Jazz music has also been scientifically proven to decrease stress levels and increase your rate of productivity, as well as to boost your happiness and mental health. The improvisation element associated with jazz stimulates the brain hugely, allowing you to focus and enhance the creative part of your brain. According to Dr William R Klemm, Senior Professor of Neuroscience at the University of Florida, in some cases, people who listen to jazz on a regular basis are more likely to live longer due to the mental benefits that the music has upon them.

As a person who has grown up with jazz, it has always played an important role in my life. To me, each jazz subgenre tells a story in a way that words simply cannot describe; the people that created these compositions were expressing themselves and, therefore, these musical creations are hugely important to the historical context of that specific era. Despite jazz music not being particularly popular in today’s generation, there is still a huge following surrounding the genre of music, with many people still wanting to admire and respect the utter talent that these jazz musicians harboured and how they have paved the way for the musicians of the future. For many, jazz was a way for people who were a part of ethnic minorities to voice their opinions and to allow them, in a very much white dominated world, to achieve their own identity. Of course, it is difficult to understand how oppressed these people must have felt, but you can still appreciate the musical freedom that these African American individuals must have sensed during a time of such blatant and unforgivable racism, an issue that is sadly still hugely prevalent today.