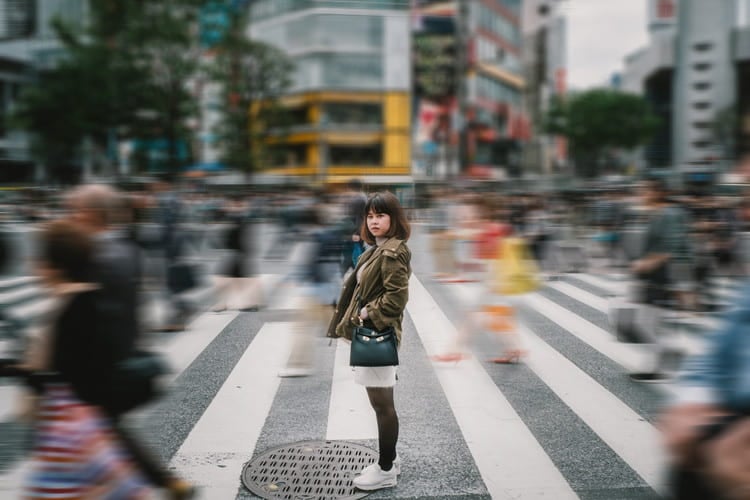 Exclusion by design is a huge problem women are facing in society today. Despite making up half of the world’s population, women’s needs are being ignored and radical change is urgently needed to make our planet a fairer space with equal opportunities for everyone. I have recently been reading the book Invisible Women by Caroline Criado Perez which was written with the aim of “exposing data bias in a world designed for men” (as the cover states) and has inspired this blog. Although female representation in the business of urban planning is increasing, it is still a largely male-dominated profession, meaning the majority of cities are designed by men. This has led to an overwhelming disparity between the resources available and problems faced by men and women in these cities.

Firstly, the issue of sanitation in cities: generally, male and female toilets are allocated the same amount of floor space, which may seem like the fairest thing to do but in reality it is far from it. This is down to a number of reasons, the first being the difference between the amount of space taken up by toilet cubicles compared to urinals. It is not hard to realise that a cubicle clearly requires more space and where this is the only option available to women it means that less toilets can fit into the same space in female toilets compared to men’s, where urinals are an option. Adding to this, on average women need to use toilets more often than men because of multiple factors: women make up the majority of the elderly and disabled; at any given time 20-25% of women of reproductive age are menstruating; pregnant women may need to use the toilet more frequently; and women are eight times more likely than men to have a urinary tract infection. With all this in mind, women spend on average three times longer than men using a toilet, proving their need for more to be provided. In Britain 50% of public toilets were closed between 1995 and 2013 and with this the amount of urinary tract infections, distended bladders, cases of toxic shock syndrome and many more gynecological problems increased proportionally. All this evidence proves that the current provision of female toilets in cities is unfair and change is needed. Part of this problem is the lack of understanding women do not want to be treated exactly equally to men because they have different needs, they want to be treated fairly – with their different needs taken into account and adequately catered for.

Moving on, the second major issue women are faced with in cities is public transportation. A recent study carried out by the UK Department for Transport discovered that 62% of women feel scared when walking in multi-storey car parks, 60% while waiting on train platforms, 49% while waiting at a bus stop and 59% when walking home from a bus stop or train station and before you attempt to argue that men might be equally as scared, their figures are 31%, 25%, 20% and 25% respectively. The reason for this huge difference? The fear of being sexually harassed or assaulted. Where men are fearful of crimes such as being mugged, violently attacked or robbed, women have the added worry of a sexual attack, which they are statistically much more likely to be victims of than their male counterparts. Not only does this fear affect women mentally but it can also have physical implications, with women avoiding certain routes, areas, times of travel, and modes of transportation to try to reduce their chances of being assaulted, which has been shown through studies in multiple countries, including the UK. Some women opt to take private transport such as a taxi instead, although there is still a risk there, and others prefer to drive themselves, however even though these options pose less of a threat of being sexually assaulted, they are much more expensive, which might not be a problem for men who are globally paid anywhere between 31-76% more than women in the same position as them their lifetime, however for females, particularly if they do not have a partner to support them, this can be financially draining and not a sustainable lifestyle. Part of the problem here is that women do not always come forward because they feel that they will not be taken seriously, not believed, blamed or many other reasons, however when Nottinghamshire police started recording events such as indecent exposure, groping, catcalling and upskirting as hate crime or hate incidents the number of cases reported significantly increased. This was not because men suddenly got worse but because women had the confidence to come forward because they were taken seriously. Research surveying women has suggested multiple solutions to the dangers of public transport which threaten women, however first, companies need to accept that there is an issue which needs to resolved. Of 131 companies asked, only one third of them thought that something should be done and only three had already done anything. Currently, 80% of buses have CCTV installed, 76% panic alarms and 73% public address systems but there is nothing at bus stops, where crime is three times as likely to happen. Women would prefer the physical presence of a security guard or conductor, however men are happy with a CCTV camera operating, possibly because the crimes against them are often have a less personal effect. Other simple suggestions are: transparent bus shelters and more lighting for increased visibility, better placed bus stops near well used buildings and busier areas, the ability to request stops on buses at any location and a frequent checking of problem areas. This can all be achieved if transport companies recognise the problems women are facing which they should have a level of responsibility to protect against and proactively resolve them.

Another disadvantage faced by women in cities is the lack of adequate leisure facilities which cater to their needs. Firstly, women feel unwelcome in gyms, as men tend to dominate the space and there have been many cases of men becoming fed up of women ‘taking up space and equipment’ in an area that they for some reason think is exclusive to them. As well as this, women are often sexualised in this space which is supposed to be a safe place for them to exercise as a result of sexual fantasies encouraged by pornography, which can result in sexual harassment or assault, meaning women become scared of going to the gym, which can lead to serious health problems due to a lack of exercise. Women are put off exercising in more public areas such as parks because if the threat posed to them again of sexual offences. Playgrounds have also been shown to favour boys through their design. In Vienna in 1990 it was noticed that girls over the age of ten were using public play equipment much less than boys and it was discovered that this was down to their lack of confidence to compete with boys for space in these areas. Rather than turning a blind eye, when designing a new playground, it was split into smaller areas so that girls would feel more welcome and it worked – the number of girls using playgrounds designed like this was much higher than the previous design. After this they also reviewed sports facilities and found the same problem, as well as boys congregating around the single entrances putting girls off going in. Again, they took action and designed new facilities with separate courts and multiple wider entrances, and the number of girls using them increased. Another example of authorities changing their approach to provide better leisure activities for girls can be seen in Gothenburg, Sweden, where 80 million kronor is dedicated to funding sports clubs each year. A study showed that of the 44 sports they were funding, 36 benefited boys more than girls, resulting in 15 million kronor more being spent on boys’ sport than girls. This lack of provision meant that girls were less likely to play sports and with less provided, often had to pay to do them privately whereas they were provided freely for boys. Not only did this lead to poorer mental health in girls but it also had serious physical effects with more girls developing osteoporosis than boys. Over 110 million kronor was spent on treating female osteoporosis each year compared to 40 million on the same disease in males. Their report concluded that “if an increase in the city’s support for girls’ sport of SEK 15 million can lead to a 14 percent reduction in future fractures due to osteoporosis, the investment will have paid for itself” and so they did it and the well-being of girls in the city greatly improved. These advances show that change is possible and if these cities have been able to achieve it then others can too.

So, from toilets to transport to playgrounds, there is a problem facing women globally right now and changes need to happen. The advances that have already been made and other suggested solutions to these problems prove that it is possible to overcome them if authorities recognise too that something needs to be done. In the future, we need to take inspiration from the examples of designers in Vienna and incorporate women’s requirements into new designs so that they can benefit from them as much as men do, and we can achieve a fairer environment for everyone to live in.