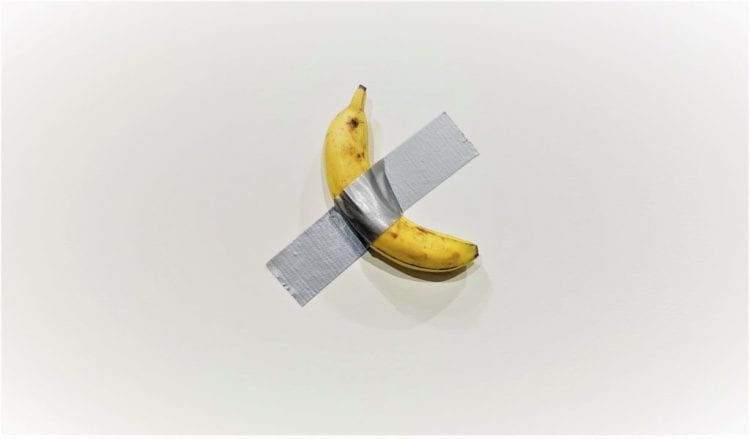 Comedian by Maurizio Cattelan: A blog about modern art and the way it divides people’s opinions

In December of last year, some of you may recall a story regarding a banana duct-taped to a wall hitting the tabloids, labelling itself as ‘modern art’ and gripping the nation, gaining diverse opinions worldwide.

The piece entitled Comedian by Italian artist Maurizio Cattelan gained enormous virality in the final month of 2019, capturing the minds of various different people from all age groups. The piece, first exhibited in Art Basel Miami Beach, drew people from all over the world to visit the notorious art show and discuss their views on the unconventional yet intriguing piece.

Regardless of the backlash that Cattelan faced when he first released his piece to the public, Comedian still managed to fetch an eye-watering $120,000 price tag when it was sold to an art collector soon after its debut exhibition. This caused outrage among the art world, as well as on the internet and people quickly flocked to social media to express their opinions. Despite the substantial price, not even a week after Comedian was released to the general public, David Datuna, a performance artist from Georgia, plucked the six-figure artwork off the wall and began to eat it, causing a stir from shocked onlookers. Datuna labelled this performance ‘Hungry Artist’ and, although his stunt was unbeknownst to the gallery or to Cattelan himself, the artist faced no charges as it was ‘all in good-humour’.

Datuna faced notable criticism because of this, but I feel that his stunt showcases the entire notion behind artistic expression perfectly; Cattelan’s work inspired another person to express their idea through a creative media too, forming a metaphorical ‘domino effect’ of creativity.

The general public, despite being quick to label the installation as ‘ludicrous’, were notably influenced by Cattelan’s work, and therefore began to unleash their inner creativity and fabricate their own replicas of the artist’s work. This in turn caused Datuna to perform his stunt, again creating a loop of artistic expression, even if some of it was slightly mocking. Surely this is the whole premise of art? To stimulate discussion and debate, allowing people to convey their opinions freely through their own unique means of expression?

It is easy to label modern art as absurd, with many people stating that they simply cannot comprehend it. Some people would even describe it as not being art at all and rather just an attempt at self-publication, a chance for anyone to have their fifteen minutes of fame with little effort and minimal understanding. Comedian is no different to these people, with The New York Post stating that ‘the art world has gone mad!’ in their December issue of the newspaper last year.

Although I am in no way denying that contemporary art can be somewhat confusing, I encourage these individuals to think of the conceptual messages behind the pieces before jumping quickly to a conclusion. Comedian is said to be a reminder of ‘how we assign worth’ and to encourage us to truly rethink what kind of objects we value; offering us a sobering reminder that some of the factors we choose to care about are actually not truly important. The piece challenges all manner of ideas surrounding art: our perception of it, the people behind it and what truly makes it artwork, all the while stimulating discussions regarding the piece. whether you like it or not, Comedian still managed to capture the minds of countless numbers of people around the world, bringing unassuming groups of people together and gaining publicity all over the globe.

I find myself disagreeing with people that classify Comedian as ‘not being art’, similarly in the way that I disagree with people that feel architecture and other mediums of creativity are ‘not art’ either. I find it astonishing that people feel they can define the subject because there is not, and never will be, a true definition. People often think that for artwork to be considered ‘art’, it has to be on par with the work of ‘the greats’ such as Caravaggio or Michelangelo, consisting of extremely detailed and lifelike pieces that are considered to be quite ‘traditional’ in today’s day and age. This idea that modern artworks such as Comedian or even Yves Klein’s piece IKB 79 cannot be considered ‘art’ is ridiculous to me, but I do agree that they may be somewhat difficult to comprehend. I am not saying that I understand these pieces, but I recognise that they have been crafted and created by the artists to express their own concepts in a distinctive way.

Comedian is in no way the sole example of modern art today, but it is a story that has captured my attention for a long time. Modern art is really not the correct term to call these artworks because every piece of art is modern in its own way. Even the work of Leonardo Da Vinci, now considered to be quite antiquated to some, paved the way for numerous modern inventions that we use today. His painstakingly detailed blueprints of his ‘flying machine’ were vital in the progression of aeroplanes and not to mention his medical sketches that aided doctors in their practise and are still hugely prevalent today.

On a final note, I ask that next time you see a fully functioning 18 carat gold toilet, you should approach it with an open mind, even if you are slightly puzzled. Modern art is an exciting way for artists to discuss their own ideas, with numerous possibilities and opportunities arising from any one of their pieces. Art has always been a method of self-expression, creating new elements to discuss and paving the way for the artists of the future. Without it, I feel that the world would be an extremely boring place, full of closed mindedness and a notable lack of thought-provoking conversation. 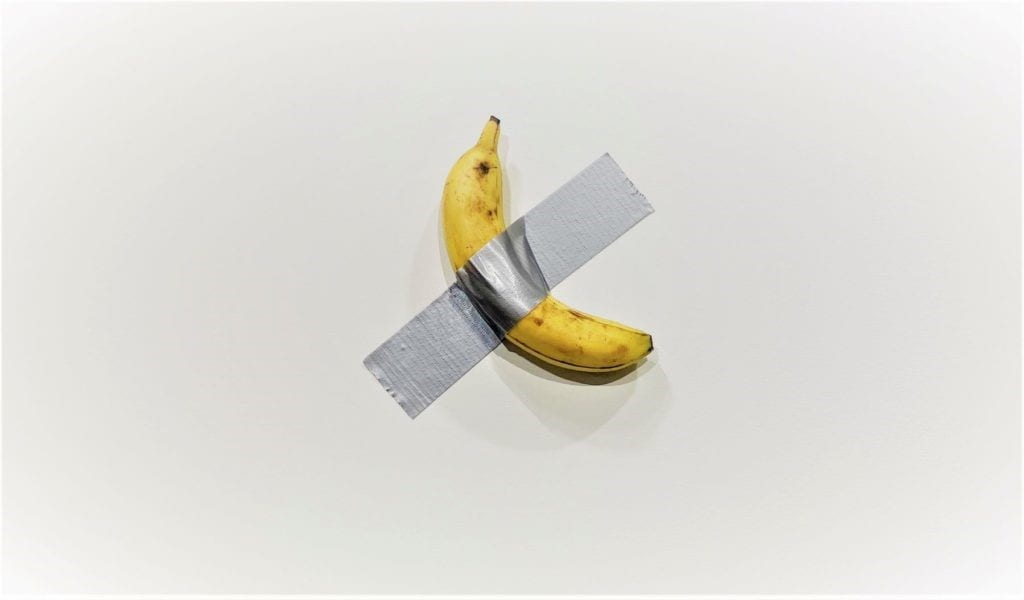