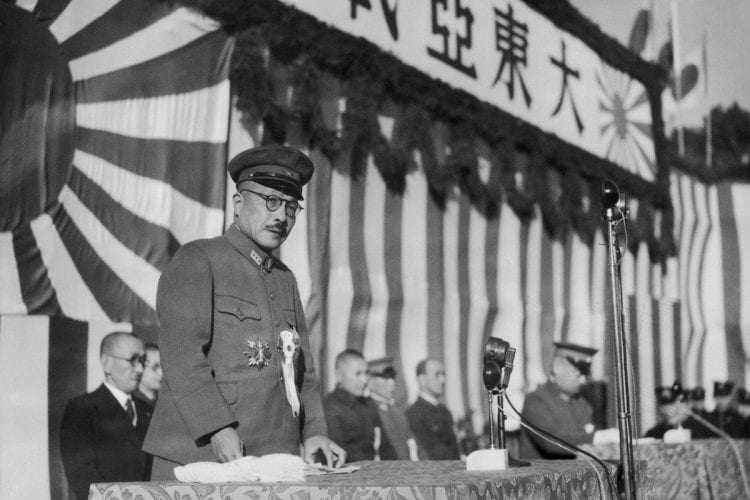 Why did Militarism rise in Japan before WW2?

The violent and chaotic rise of Militarism in Japan in the early 1900’s led to aggressive expansion into South East Asia and ultimately was the significant factor in the country entering into World War Two.

This was an extremely turbulent period of Japan’s history with multiple assassinations, including that of three prime ministers, and several violent revolts. The most important factor in all of this was the influence and actions of junior officers in the Imperial military.

This rise of militarism – a policy that involves a state maintaining a strong military to advance its national interest, often through Imperialism- began in Japan in the late 1920s. The combination of a rapid rise in the Japanese population and the worldwide Great Depression, triggered by the Wall Street Crash, created the perfect storm for the rise of a right wing that held the principles of Militarism in its core ideology. It was the perfect storm because the increase in population made silk exports vital and this trade was decimated by the Great Depression. As a result, there was a severe downturn in the economy which made the public turn towards more extreme political ideals. This increase in nationalistic ideals came at a time when the army had been cut to four divisions by Prime Minister Katō Takaaki and his successor, Hamaguchi, had agreed to the naval limits put in place by the London Naval Conference held in 1930. These restrictions along with a policy of moderation not only angered powerful military leaders but more notably enraged junior officers who would play a key role in the events that followed. 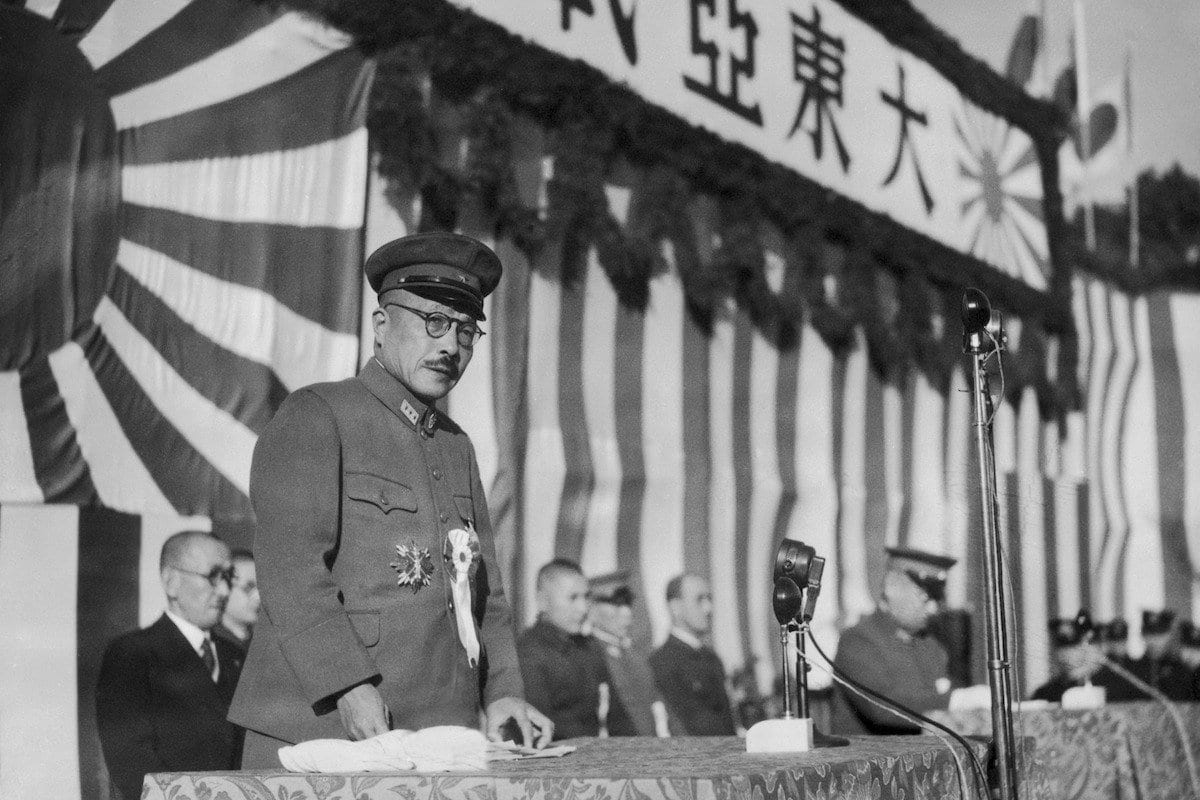 Junior officers were the main figures in far-right extremist terrorist groups as they had the weapons and the tactical knowledge to plan assassinations and revolts. One such group – the Black Dragon society, Kokuryūkai – assassinated Kita Ikki, a political philosopher, after he argued for the suspension of the Meji constitution, which put the military under the control of the Emperor rather than the government. These groups were ruthless and demanded aggressive expansion and the rejection of Western influence. Encouraged by the impact of the past assassinations in silencing state officials, Tomeo Sagoya, a member of an ultranationalist secret society called Aikokusha, shot Prime Minster Hamaguchi in Tokyo Station on the 14th of November 1930. Although he initially survived his wounds, the prime minister would succumb around 8 months later. Despite several egregious acts of brutality from these groups the general public did not condemn them, either because they supported the groups’ stated goal of societal and political reformation or the fear of the consequences of speaking out. There was a lack of decisive criticism from both the general public and the state. More significantly the senior military leaders, for example Tomoyuki Yamashita, never issued punishments or conducted investigations which suggests their unspoken approval of these actions.

This confidence that there would be no consequences to rejecting the authority of even the prime minister led to the Manchuria incident, the first noteworthy act of militant imperialism which took place on the 18th of September 1931. The Kwantung army, which protected the South Manchurian Railway, was, both geographically and politically disconnected from the Japanese government and was practically an autonomous body. This was underlined in 1928 when Chang Tso-lin, the warlord ruler of Manchuria, was murdered by Imperial Kwantung army officers in 1928 – a crime that was not even investigated. However, despite the imperialistic ambitions and militarist ideals of General Shigeru Honjō, leader of the Kwantung army, he was not prepared to attack without the appearance of being provoked. So, he engineered one.

The army claimed that Chinese soldiers had attempted to bomb a railway train on the South Manchurian Railway. This gave them the pretext to undertake a rapid invasion of Mukden and then all of Manchuria. After the Litton Report was published on the incident, the international community condemned Japan and introduced tariffs. In response, Japan left the League of Nations. This aligned Japan with the other Axis powers who had also left the league. This made them convenient allies with similar expansionist ambitions. People in Japan resented the Allies for the strict tariffs, so they welcomed the Anti-Comintern Pact, an alliance with Germany and Italy.

After the Manchuria incident the government belatedly tried to impose their rule on the rogue generals with the new prime minister, Inukai Tsuyoshi, speaking out against their growing power. In response he was assassinated by naval officers in May of 1932. So once again we see the officer class enabling the rise of Militarism. Their actions led to an atmosphere of fear that silenced any critic and ensured the instability of the government.

After ignoring , or perhaps even encouraging the intimidatory violence from junior officers, the senior Generals – most notably Hideki Tojo – were now ready to take over politically and establish a military state in Japan. They declared that they would not accept a party cabinet. But they were blocked by the last genrō, Sionji, a highly influential figure who, was one of the founding fathers of modern Japan and an advisor to the emperor. He suggested that Admiral Saitō Makato should be made prime minister and he was duly appointed. The Admiral made several concessions to the military, such as making Manchuria an independent state, Manchukuo, with a puppet leader controlled by the Kwantung army. These conciliatory moves led to relative stability for a few years, but the return of violence was inevitable due to the limitless ambition and unwavering commitment of the idealistic junior officers which was being used by the generals to further their ambition for absolute power.

This uneasy calm was shattered on February 26th 1936 as a military revolt threw Tokyo in to chaos. Admiral Saitō and multiple statesmen, such as the finance minister Takahashi Korekuyo, were assassinated and the rebels, led by Mitsugi Nishida, a former army lieutenant, and mainly comprising of former or current officers, then held down-town Tokyo for three days before they were eventually defeated, with the ring leaders being executed. However, once again violence benefited the military conservatives as it removed many of the leaders who were still able to oppose them. Following this event, the ideals of militarism took over in Japan as the generals became increasingly powerful.

After this Konoe Fumimaro was appointed as a prime minister to act as a bridge between civilians and the military. But Fumimaro was forced to repeatedly appease the powerful generals who continued their acts of aggressive expansion by engaging Chinese units at Marco Polo bridge, near Beijing, and then proceeded to overpower any Chinese defensive resistance to take Han-Kou and Canton. They also brutally pillaged Nanking, where an estimated 200,000 disarmed soldiers or civilian Chinese were killed in cold blood. The Konoe government, which was effectively answering to the Military, passed a National-mobilization law in 1938 which gave them close to dictatorial levels of power. But democracy officially ended in Japan when the Imperial Rule Association – whose president was Hideki Tojo, leader of the Imperial Army – was established to merge all political parties. The idea of militarism was now entrenched in the national and political mindset which was proved when the Konoe government was removed and Hideki Tojo became prime minister of Japan.

A notable missing character from this narrative is the emperor of Japan, Hirohito, who was enthroned in 1926. This is because his main interest was the study of marine biology rather than involving himself in political affairs. He was used by the military as a symbol for a strong traditional Japan that should dominate the Asian continent. Although he did sometimes involve himself politically, he never tried to heal this ideological divide between the government and the military which therefore contributed to this chaotic violent period.

Overall the common thread in the rise of Militarism is the influence of the extremist officers in the Japanese military. Although the powerful generals delivered the final blow to any ideas of democracy or international peace, it could be argued that they used the fervour of the junior officers to erode public confidence in the government by fostering political instability and an atmosphere of fear to silence criticism from any respected figure. This meant the Military generals escaped punishment for their increasingly aggressive actions due to the lack of any substantial opposition by the succession of weak and unstable Japanese governments. This lack of any meaningful punishment or obstruction meant they continued to raise the stakes until a war in Asia was only possible consequence of their imperialistic actions.