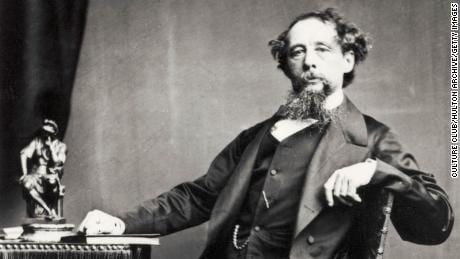 There is a huge similarity between many of the novels written in the 19th century by the Victorian era writers which is that the majority of their protagonists were orphans who had very tough childhoods. For instance both Oliver Twist by Charles Dickens and Jane Eyre by Charlotte Brontë follow life stories of their eponymous characters who had brutal childhoods, while growing up in institutions such as orphanages. However, interestingly, they manage to get the best out of their lives and become rounded people with strong moral values towards the end of the story. While reading those and many other books from the 19th century, readers tend to identify themselves with the protagonist as they follow his/her life story which is usually very difficult; it was the way Victorian writers addressed social problems of that era. However, while studying Psychology A level, I have realised that there is a lot of evidence from modern psychological research which seems to contradict and challenge the successes of those Victorian protagonists because it states that the quality of one’s early attachments determines one’s later psychological development. Therefore the question is whether the stories of those Victorian era characters are realistic and believable when juxtaposed with psychological theoretical evidence.

Research into developmental psychology showed that the first few years of one’s childhood are crucial for healthy mental and psychological development later in life. Attachment is a close two way emotional bond which develops between a child and a caregiver which is seen as the key for their emotional security. According to John Bowlby’s attachment theory from the 1960’s, attachment with one primary caregiver is to form in the first 30 months after baby’s birth if the relationship is continuous and reciprocal which is known as the critical period. Therefore considering the childhood of Oliver Twist precisely described in Dickens’ novel where Oliver spent first 9 years in a badly run orphanage and did not have one primary caregiver, it is clear that he would
not be able to form meaningful good quality relationships later in life according to Bowlby’s attachment theory. However, Dickens decided to create his character who bravely copes with tough life challenges of the 19th century working man using his high intelligence and skills. 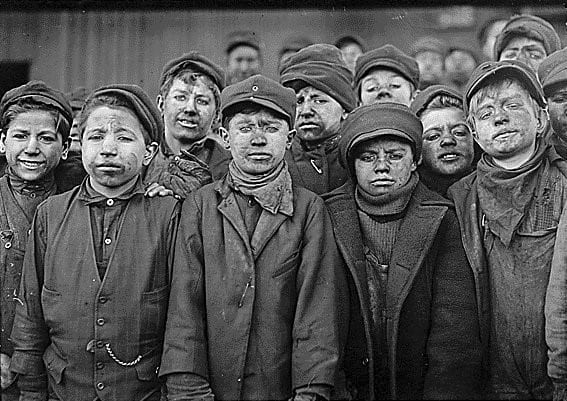 Furthermore, internal working model is another term proposed in Bowlby’s attachment theory which describes the importance of childhood attachment for the formation of friendships and relationships later in life. It states that attachment with one primary caregiver acts as a template for all other relationships; meaning that an individual who had high quality reciprocal attachment in childhood is likely to have good and meaningful relationships with others during his/her adolescence and adulthood. Therefore it contradicts with the life of Jane Eyre who is one of the most famous Bronë’s characters. Jane Eyre had a very traumatic childhood because after the death of both of her parents, she grew up with her aunt’s family. Her aunt (Mrs Reed) hated her and Jane was the victim of family violence, so she was left to her own at a very early age. Therefore it is clear that Jane did not form good quality attachment to anyone during her childhood. Following psychological theory, it would mean that Jane would not be able to form meaningful relationships in adulthood because her internal working model (template model for all relationships) was very poor and stamped at an early age with unloving relationship with her aunt. However, the story of Jane Eyre ends as she forms a loving romantic relationship with Mr Rochester with whom she has a daughter. 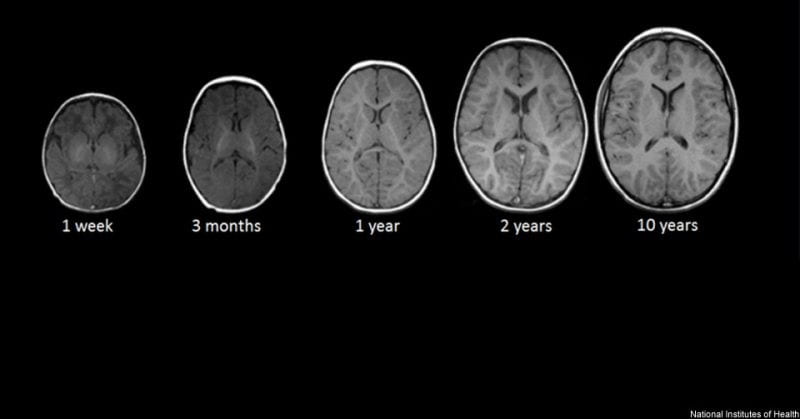 In his Maternal deprivation hypothesis, John Bowlby proposed severe consequences on the intellectual and emotional development of a child caused by the deprivation of good care in the childhood. Research showed that orphaned children who lived in badly run institutions (e.g. orphanages) for longer period of their lives had lower IQ levels compared to the ones who were adopted in the families at an early age. Furthermore, deprivation which is long term separation from the primary caregiver without a substitute is shown to seriously affect one’s emotional development in adulthood. Affectionless psychopathy, identified by Bowlby, refers to one’s inability to experience feelings of guilt or sympathy and is suggested to be a consequence of care deprivation during one’s early years. There is even neurosurgical evidence from brain scans of severely neglected children which shows that their brains are smaller with significant cavities in them compared to the brains of children with normal care. This therefore could pose the question if both Oliver Twist and Jane Eyre – having been deprived from love and affection during their childhood – could have ever developed into rounded adults as depicted in the novels if they were real characters. For instance, Oliver Twist is different from other members of the criminal gang in the novel because he always refused to pickpocket and felt very guilty even if he carried out the task. Therefore, taking into account that the care Oliver got in his childhood was nowhere near the normal, desired one psychological evidence contradicts Oliver’s character because it states that neglected children do not develop feelings of guilt. Furthermore, the emphasis of Jane Eyre’s life story is on her inner development as she turns into an independent woman with strong moral values, while boldly standing against injustices she encounters in her life which potentially could not be possible according to Maternal deprivation hypothesis. 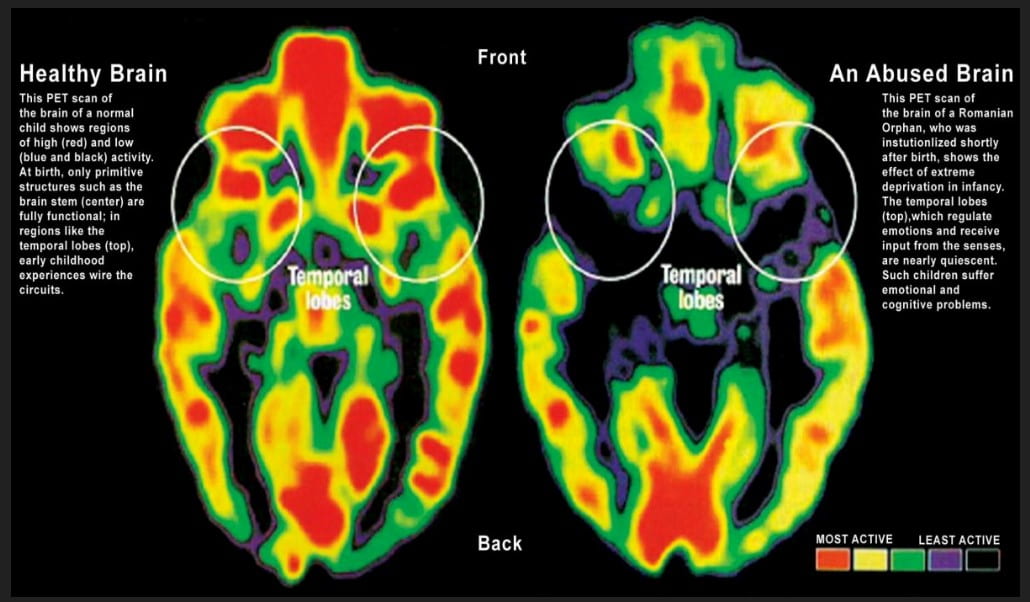 Therefore the question that imposes is whether the life stories of those Victorian era protagonists could be realistic and believable taking into account such challenging psychological evidence. There is not only one answer to this question. There are several possible answers which might explain the extent to which those characters could have been real-life people.

Firstly it is important to consider that psychological theories which emphasise the importance of early attachments on later development emerged in the second half of the 20th century as they are based on modern psychological research. The nurturing style has significantly changed in the last 100 years because babies are put in the centre of attention nowadays meaning that their parents/ carers are much more reciprocal and caring. It is very different to the way children were brought up during the history when the majority of children had tough childhoods, their parents did not give them a lot of attention nor support and child labour was a wide-spread thing. There was a big change in the social norms in terms of the way children are raised up meaning that the majority of children raised up in difficult circumstances of the 19th century would be labelled as abnormal according to the modern psychology because they did not manage to form good quality attachments during their childhood. However, this leads me to think that children were less sensitive to the harsh environment before because they learnt to cope with it from the very early age in order to be able to go through all the difficulties in their lives. Therefore this suggests that flourishment of Jane Eyre, Oliver Twist and some other orphaned protagonists from the Victorian literature could be possible because it is supported by the change in social norms considering that the nurturing styles of children have drastically changed. Moreover, this might lead to the issue of the universality of psychological theories as they cannot be precisely applied across centuries, meaning that they might be temporally dependant.

Furthermore, there is no psychological theory which could be generalised to every single person because we are all individuals. It is important to know that there are always exceptions to psychological theories which has to do with one’s individual characteristics. Such a perspective increases the chances of those literary characters being real-life people.

The answer to the question of the reality of those orphaned heroes may lie in the writers’ intentions. One of the Dickens’ main intentions was to educate society about the problems of child labour and dreadful working conditions by making his readers feel sympathy for his protagonists which started to shape general climate in the society as people of high status were more aware of societal problems. However, Dickens also wanted to entertain the readers and make his books enjoyable to read which is why he wrote happy endings. Therefore it seems that some of the novelists from the 19th century took ordinary people from real life and made them into extraordinary largerthan-life characters in order to encourage and show their readers that difficulties they encounter in their tough life can be overcome.
Therefore this shows that although there is a strong psychological evidence which challenges the likelihood of those orphaned protagonists being realistic, they had its important purpose and were created by the novelists in order to bring about the change to the society via reading novels. 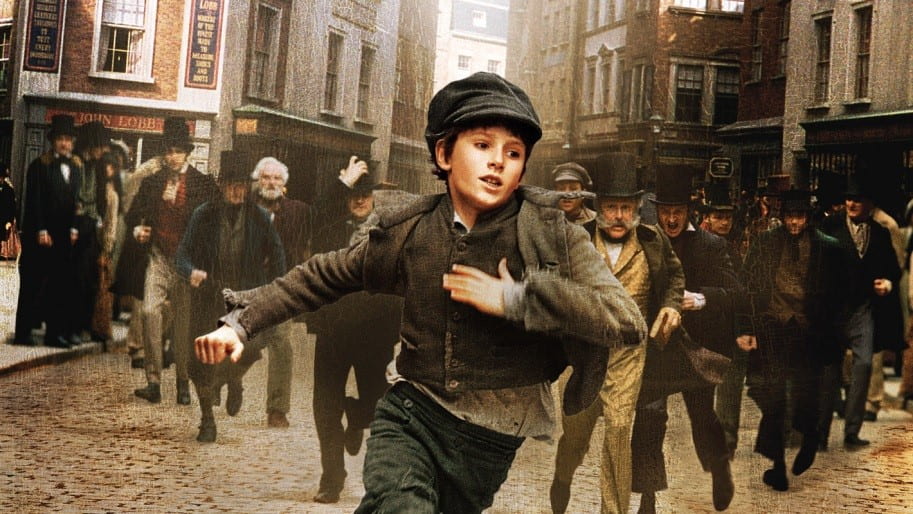