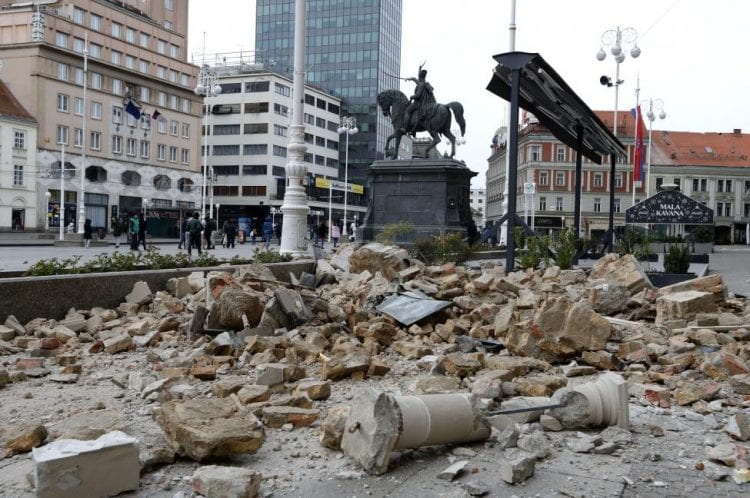 As if the lockdown due to COVID-19 pandemics wasn’t enough for Zagreb, the capital of Croatia with the population of 870 000 people, the city was also hit by the earthquake of 5.5 on the Richter scale on the Sunday 22th of March 2020. It was just a couple of days after I returned back home from the UK due to school closure and I was still quite upset about a number of things currently going on, when another shock happened. I was deeply asleep that Sunday morning when I was suddenly woken up by the horrible rumbling noise from somewhere deep below me which was getting progressively louder. As soon as I opened my eyes, I saw the book shelves in my room shaking and things falling down. I didn’t know whether it was a nightmare, but I knew I had to react quickly and followed my instincts. I rushed out of the building with my family (we live on the ground floor), still in my pyjamas and only grabbing my jacket passingly. The major earthquake was followed by two other strong earthquakes of magnitude measuring 5.0 and 3.4 within an hour from the first, fatal quake. All the knowledge about earthquakes ready for my A-level Geography exam this summer suddenly came alive on that Sunday. Somehow it all looks much nicer in the OCR textbook than when everything in your room suddenly starts shaking and falling off shelves in the early dawn, the floor is rocking and the sound is frightening. It is an understatement to say that I was very scared at that time; we all were because during the period of deep lockdown no one thinks something like earthquake could kick in as well. However this shows how important it is for residents of tectonically active areas to be constantly aware and prepared for geophysical hazards in order to reduce their potential impacts. 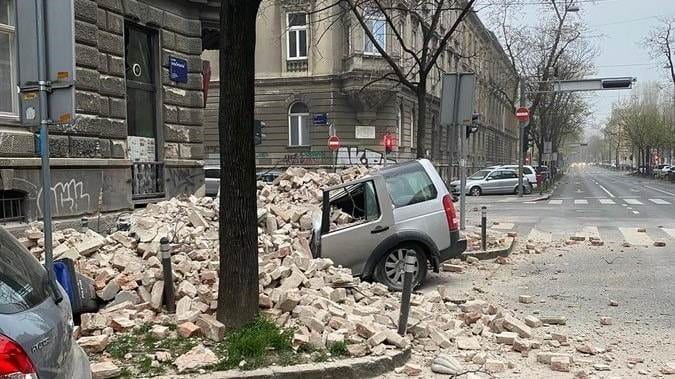 Zagreb residents were suddenly faced with two contradictory situations and orders from the authorities. In terms of coronavirus pandemics, people were suggested to stay at home and keep social distancing whereas the earthquake required from the majority of people to come out of their homes in case their buildings collapse as a result of ground shaking. There was a tough time in front of us all. More than one thousand people had to be evacuated from their homes as they were destroyed or insecure for living whereas 27 people were injured, including a heart-breaking case of one young girl who tragically died of the earthquake consequences. The life was not treating Zagreb residents well in March 2020 as the fear of earthquakes captured us while under strict lockdown and constant threat of COVID-19, unable to meet any friends nor family. 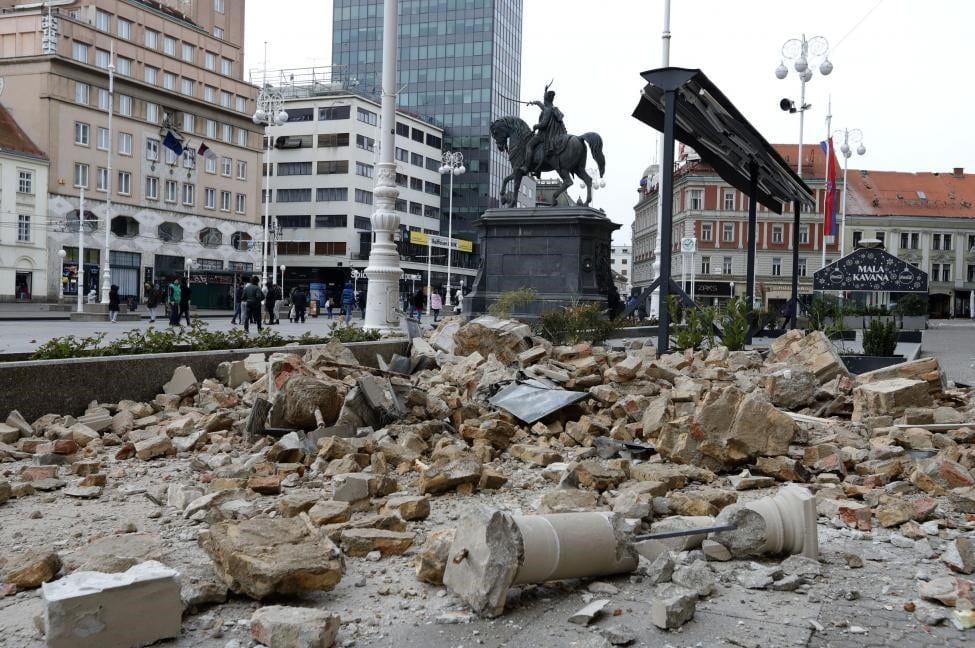 The most severely affected area by the earthquake is Zagreb city centre because many of its buildings were constructed more than 100 years ago. At that time, sophisticated earthquake-proof building design was not developed yet which explains why those older buildings suffered biggest damages from seismic vibrations. Many façades fell off the buildings, most of the chimneys collapsed as well as the roofs and ceilings within the buildings. Majority of the buildings in Zagreb were left with distinctive cracks in their interior walls which will act as a reminder of this tragic event for a long time. The peak of one of the cathedral towers collapsed as well, that way destroying what was once known to be a firm symbol of Zagreb city. Sadly many cultural institutions such as theatres and museums were severely damaged as well and it will take long time before they warmly open their doors to the public again. 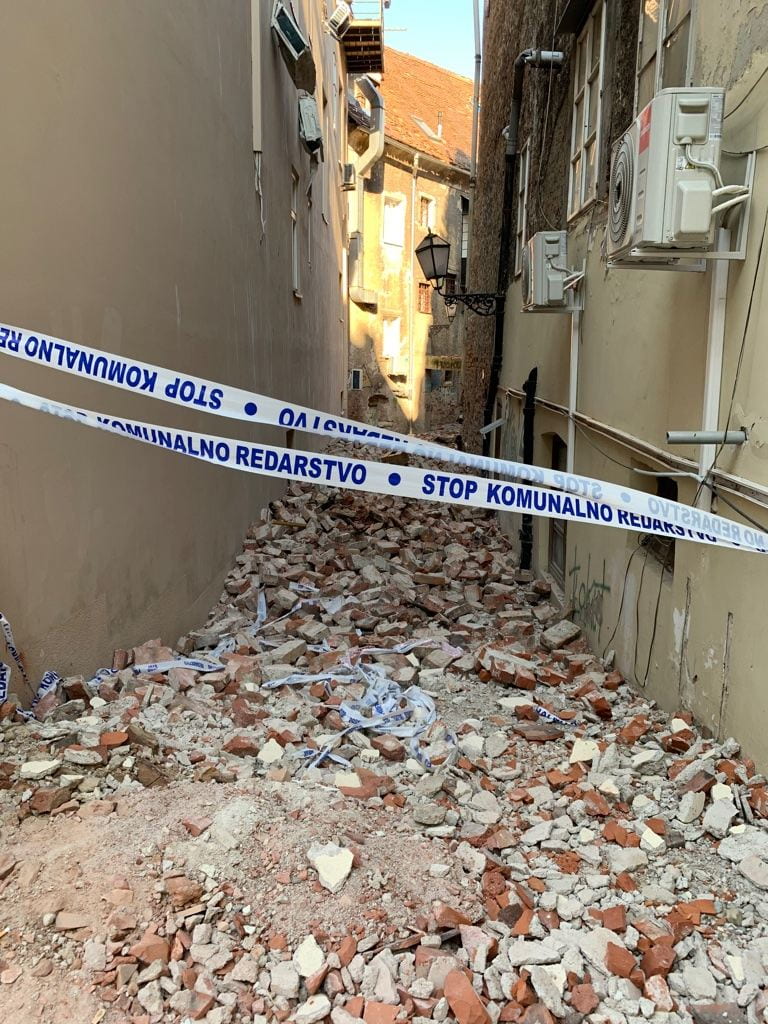 There are 4 types of waves produced by the earthquake which are responsible for the damage caused by ground shaking. P waves cause ‘push-and-pull’ motion as they consist of successive contractions and expansions which are parallel to the direction of the waves. On the other hand, S waves are slower and described as ‘shake’ waves because the particle motion is at right angles to their direction. Surface waves consist of Rayleigh waves which create rolling up and down motion and Love waves which cause ground to twist from side to side. This shows that earthquake is a complex geophysical hazard which actively threatens to people and material property with its destructive force. 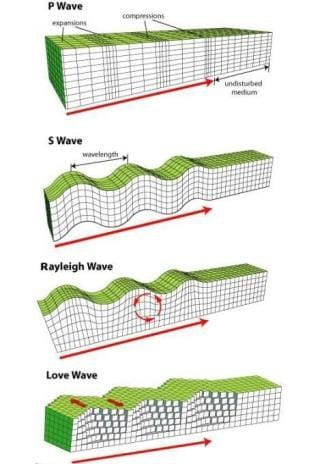 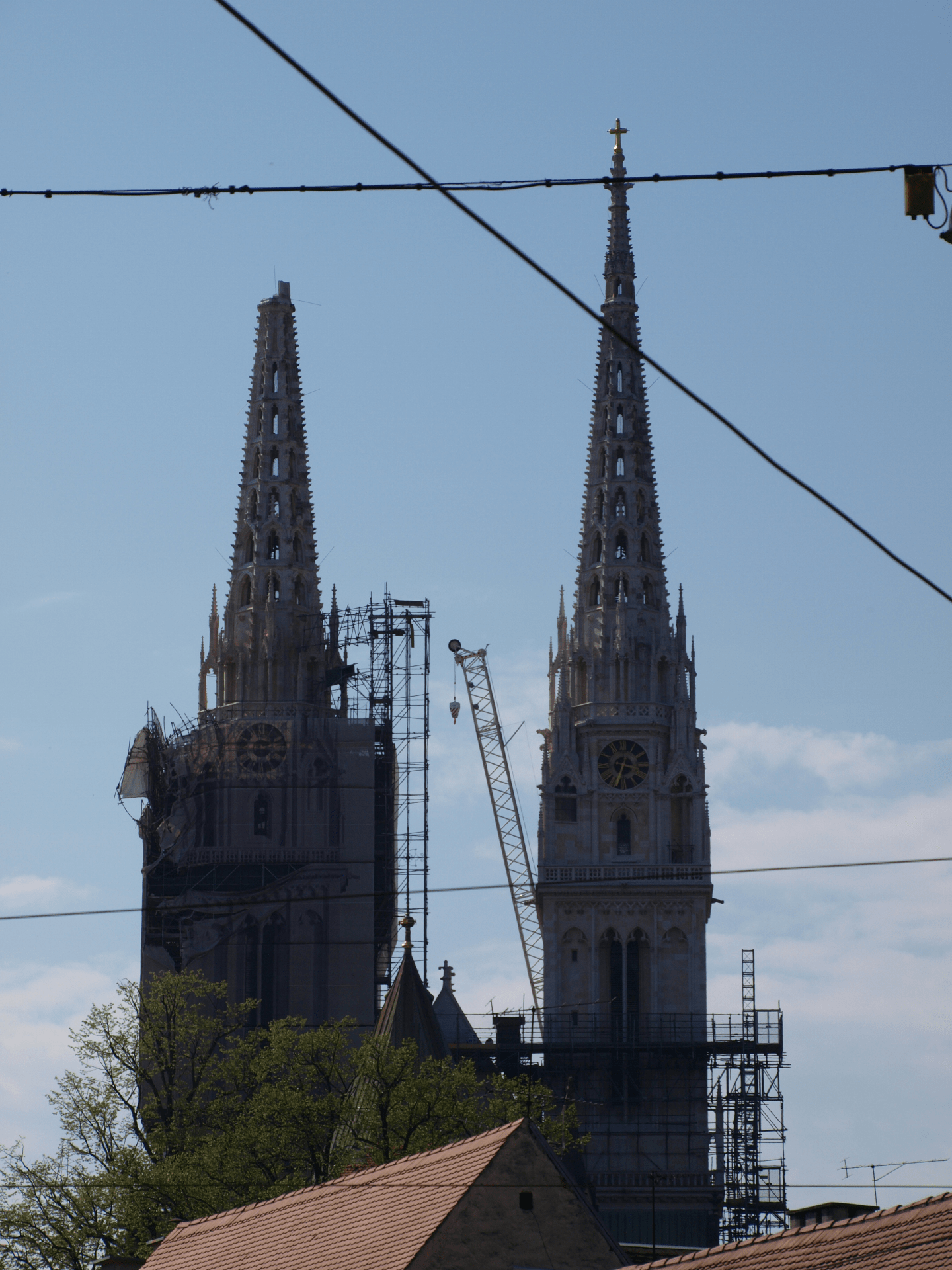 One of the biggest problems with earthquakes is that their prediction is impossible. Although Zagreb is not situated at major plate boundaries, it is situated in tectonically active area. There are a couple of major fault lines, stretching from the Alps towards the Pannonian basin which have the highest intensity in Zagreb area. The activity of those fault lines in Zagreb area is highly influenced by plate movements on a larger scale. It is important to mention that the African plate constantly crashes into the Euro-Asian plate as it has been moving in north-eastern direction at estimated speed of 2.15 cm a year for over 100 million years. Therefore this is responsible for tectonically active area in Eastern Mediterranean because it caused build-up of pressure in its subduction zones and fault lines.

2020 Zagreb earthquake was caused as the fault line on which it is situated has been gradually deformed under tensional and compressional forces. Those forces caused different parts of the Earth’s lithospheric crust to get stuck due to friction as they don’t move smoothly. The pressure which was gradually building up over the decades was suddenly released at 6:24 am on Sunday the 22nd of March 2020 and the earthquake which surprised and shocked us all occurred.

Since the first, major earthquake, more than 1000 smaller-scale aftershocks occurred out of which around 150 quakes were strong enough to be felt by humans. I can say from the first-hand experience that after the earthquake our perception of louder sounds have also significantly changed; now every louder door bang or drill sound I hear frightens me at first as it reminds me of the earthquake. It will take long time for all the material damage in the city to be repaired with coronavirus making it much harder for all the reparations to get started and be made. It is hard for me to see severely damaged buildings and empty streets of my hometown in almost war-like state with piles of ruined bricks and building material on the floor. However, I am sure that my hometown Zagreb will get its new glow once both of those crises are fully over and some new better times begin. 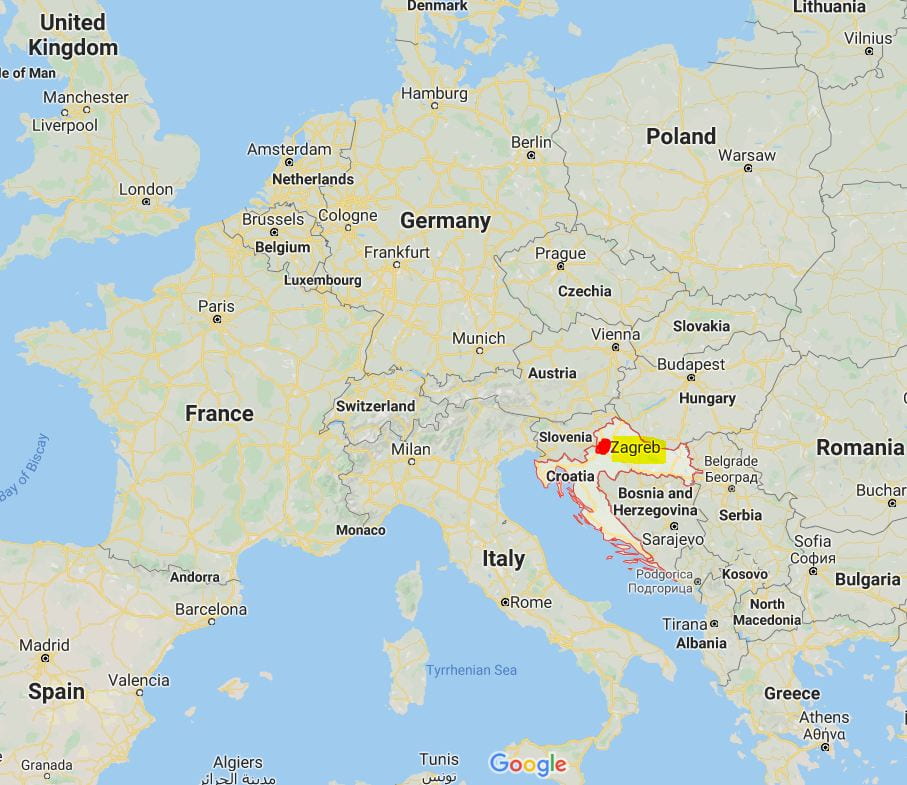 Watch the video clips to see how the ground was shaking during Zagreb 2020 earthquake.