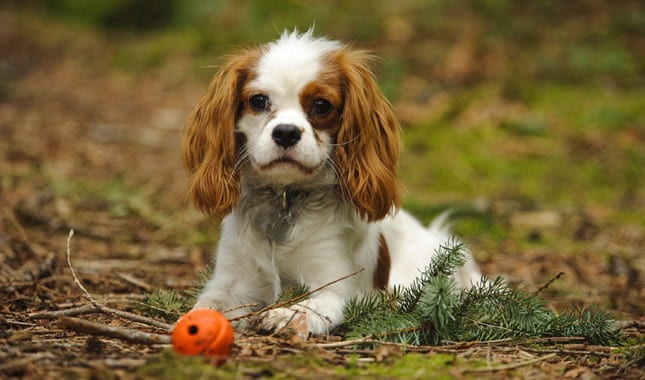 To say that this is a bleak and unnerving time is a colossal understatement but today I hope to share a small victory to uplift your spirits. On the 6th April 2020 Lucy’s Law came into effect which bans the sale of puppies and kittens under the age of six months old from anyone apart from the animal’s breeder or a recognised animal rehoming centre. This important campaign was led by veterinary surgeon Marc Abraham and Lisa Garner after Lisa rescued a Cavalier King Charles spaniel called Lucy from a puppy farm in 2013. In 2016 Lucy, after happily living with Lisa for three years, died from the irreversible effects of the mistreatment that she received whilst at a welsh puppy farm. To help other dogs like Lucy, Abraham and Garner introduced the campaign for Lucy’s Law to combat the injustice that puppies and kittens were facing at the hands of underground dealers who had little regard for their health or wellbeing.

The hope behind the new restriction is it will make it impossible for unregistered animal dealers to profit from their practice which will lead to closure of puppy and kitten farms across the country. This will not only prevent any action made by puppy farms in the UK but will also help prevent an international issue. Due to the UK Pet Travel Scheme, many smugglers will bring puppies and kittens in from other countries and then sell them on. Therefore, this legislation will make this not a viable option consequently helping to block the reach of international puppy and kitten farms as well. Despite Lucy being rescued from a welsh puppy farm, Lucy’s Law only applies to England. Scotland and Wales have been urged to follow suit to ensure the crackdown on all puppy and kitten farms in the UK. This vital piece of legislation couldn’t have come at a better time. In 2018, the RSPCA reported their busiest year yet with regards to issues with the puppy trade with a total of 4397 calls about puppy farms and related issues. The time for change was well overdue!

Many of you may wonder what the next steps are for this campaign to ensure better animal welfare for all the vulnerable animals who are in or could be brought into the cruel trade of animal smuggling and dealing. As I previously have mentioned, there have been calls for Scotland and Wales to enforce similar restrictions. Paula Boyden, veterinary director at Dogs Trust, whilst applauding the government for the new measures urged for the regulation of the animal rehoming centres to ensure that they are upholding welfare standards. She also suggested full traceability of puppies and kittens should be a necessity when buying these animals. I believe that there are still steps that need to be taken to ensure the general public are aware of the new legislation and can’t be lured into buying from puppy and kitten farmers by cheap prices and fake promises.

This victorious case has shown the fundamental role of veterinarians in our society is to care for all animals, like Marc Abraham has shown, both in a surgery and in the wider world. Their extensive knowledge is an important tool when campaigning as they can discuss the more complex repercussions of an issue that regular animal rights campaigners couldn’t, making them a valuable asset to any team. I hope this has brightened everyone’s day and shows that even in depressing times, pockets of goodness and hope are there, you just have to look.