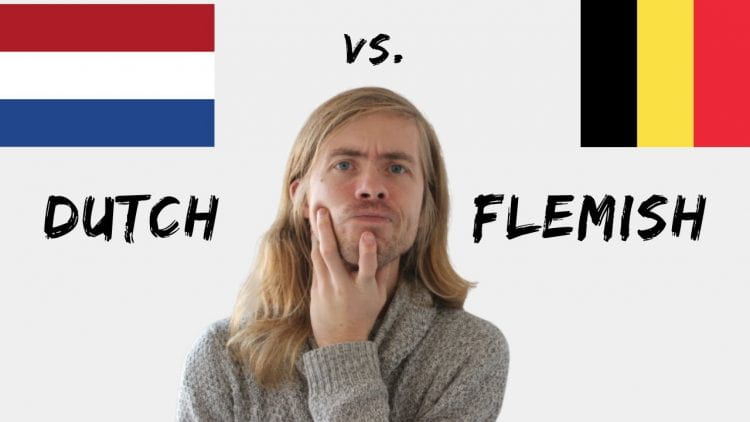 What is the Difference Between Dutch and the Flemish Dialect?

Dutch is the Germanic language of the Netherlands and northern Belgium whereas Flemish is a dialect of the Dutch language spoken in Flanders, a region in northern Belgium. There is, however, some debate as to whether Flemish should be classed as a separate language rather than a dialect. Although, Dutch is the only official language of the Flemish region (Flanders), with three-fifths of the population of Belgium using it as their written language. The other national languages of Belgium being French and German. Dutch is spoken in these two neighbouring countries, however, they each have their own complex political histories which has resulted in their dialects evolving differently.

Without even understanding the language, when listening to a Flemish or Dutch speaker the most obvious difference between them is pronunciation. Dutch people often mention that the Flemish dialect sounds softer, this is because Dutch often uses stronger tones. They each pronounce “G” differently. The further south you look the softer the pronunciation is (Flemish), and the closer to Randstad you get the more guttural and harsher the sound becomes (Dutch). Another noticeable difference would be how “R” is pronounced, from a Belgian it is more rolling and in the front of the mouth, yet Dutch is the opposite, it being produced in the back of the mouth. 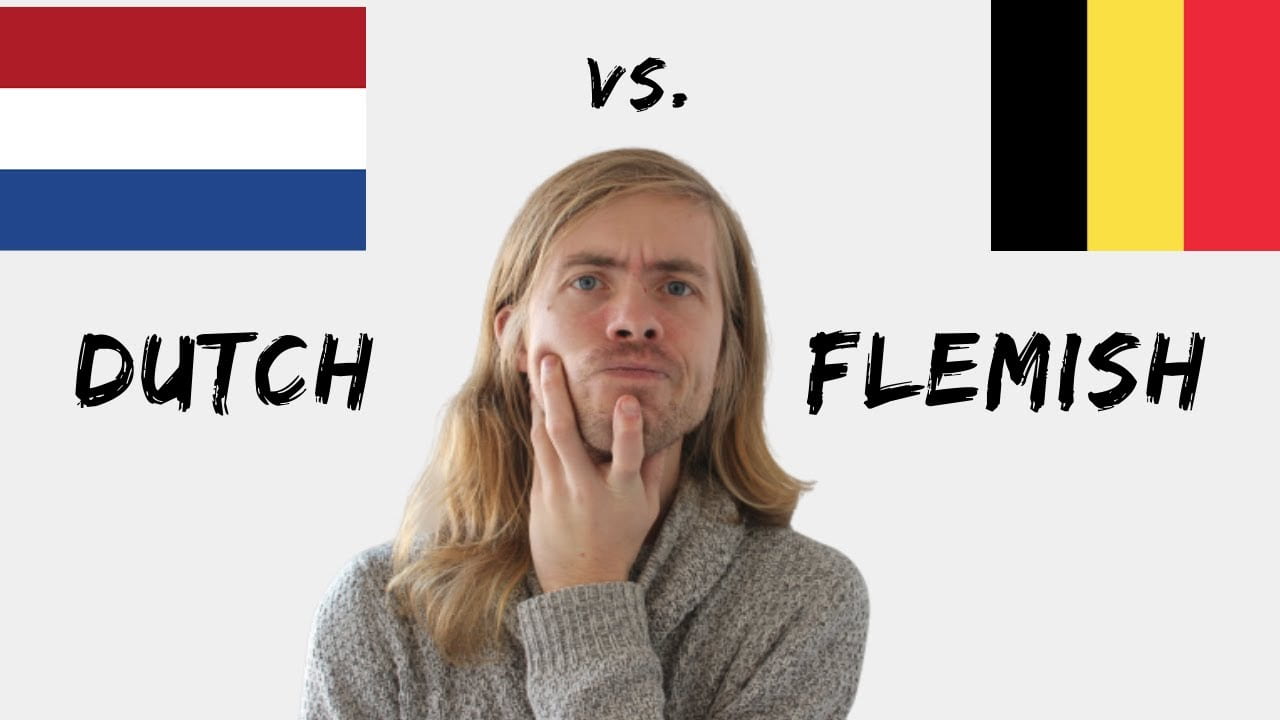 The Dutch word gebruikt (used) is a good example of this. It has a completely different sound depending on where the speaker is from, those from the Netherlands use the hard “G” and “R” but the Flemish use the softer, the “R” almost turning into a “D”. Flemish also leans more towards French pronunciation than Dutch, amongst many other differences.

While their lexicons are shared, many words appear in one but not the other and unlike the varieties of English, Flemish and Dutch terms are often not interchangeable. However, the Dutch language can still be generally understood by a Flemish person and vice versa. For example, in Antwerp one has jam on their toast, however, in Amsterdam confituur is had. In the Netherlands your wife’s brother is your zwager yet in Flanders he is known as your schoonbroer. An onion in Flemish is an ajuin but in Dutch it’s an ui. For the word orange Flemish say appelsien in the Netherlands they say sinaasappel.

An interesting example of words that differ is the way each dialect terms orange juice. In the Netherlands they often use French words, in this example to say orange juice they say jus d’orange, which is the French way. Whereas in Flanders they would say fruitsap, even though a large part of the Belgium population speaks French. This is because of the long-standing political tension between Flanders and the French speaking part of Belgium (Wallonia). In response the Flemish converted a few of the French words used within the Dutch language to a Dutch version. This is cause for a few of the differences between the two languages such as how the word for French fries the Dutch say patat or friet, friet being pronounced the same as the French word frites. Whereas in Belgium they say frieten, the plural of friet, and to them a patat is just a potato (aardappel).

This political tension is a consequence of the fact that during the 19th century and until the 1950s-1960s in Belgium, French was considered the ‘high’ language variant and Dutch was the ‘low’ one. So, even though Dutch was being spoken by half the population, it was absent from official life. This explains the defensive attitude the Flemish still have towards the French today, and why they have changed the French words within the Dutch language.

Sparkling mineral water, spuitwater in Belgium, is known as spa rood in the Netherlands. Ironically, Spa rood is named after the Belgian brand of bottled mineral water from the city of Spa. The red bottle has sparkling water, hence spa rood, and the blue bottle has still water, and so this is called spa blauw, known in Flemish as plat water (flat water). In the Netherlands people mostly drink water from the tap (kraanwater) instead of bottled (spa blauw), in Flanders they say kraantjeswater rather than kraanwater and people mostly buy bottles of water to drink from.

Some words even have completely different meanings. For example, schoon in the Netherlands means something is rein, free of dirt, clean in English – clean in Flemish is proper. But in Flanders schoon indicates someone is mooi meaning beautiful. In Flemish and Dutch vlieger would translate to kite in English, however, in Flanders it can also be used for a vliegtuig (airplane).

Aardig in the Netherlands means friendly however when used in Belgium its meaning depends how you say it. It can be positive, meaning vriendelijk (friendly), or if pronounced with negative intonation it means raar (strange).

Sometimes the syntax is different depending on where the speaker is from. For example, to say deliberately in the Netherlands one says willens en wetens, however, in Belgium it is wetens en willens. Another example is how for sure is said, in Flemish they say zeker en vast, in Dutch it’s vast en zeker. To say plant life and animal life those from the Netherlands say flora et fauna but in Flanders the reverse is preferred.

Lastly, another difference is the role of informal language. The Flemish still often act as language purists because of the way Dutch was disregarded in Belgium in the past and so more formal terms are used. Je, jij, ge, gij and U all mean you in both Flemish and Dutch, but each are used and appropriate in different situations. In the Netherlands, the formal U is rarely used anymore and would sound old-fashioned. On the other hand, in Flanders the use of U is broader and can also be informal.

As the formal U is simply no longer an option, in the Netherlands the informal je and jij are used when speaking to strangers. But in Flanders ge and gij are a full substitute of je and jij. The word gij in the Netherlands is used only in the context of ancient texts, like the English thou, and to Flemish speakers using je in formal situations can sound impolite.

In business settings today, these distinctions can make a big difference. If a company wants to target their strategies to native speakers, it’s important that the correct terminologies are used so that their message is put across.

These examples merely scratch the surface of the many differences between the Flemish and Dutch dialects. However, they do help to show why Dutch has developed differently in these neighbouring countries and that knowing these differences is pertinent to Flemish and Dutch speakers today for them to fully understand one another.