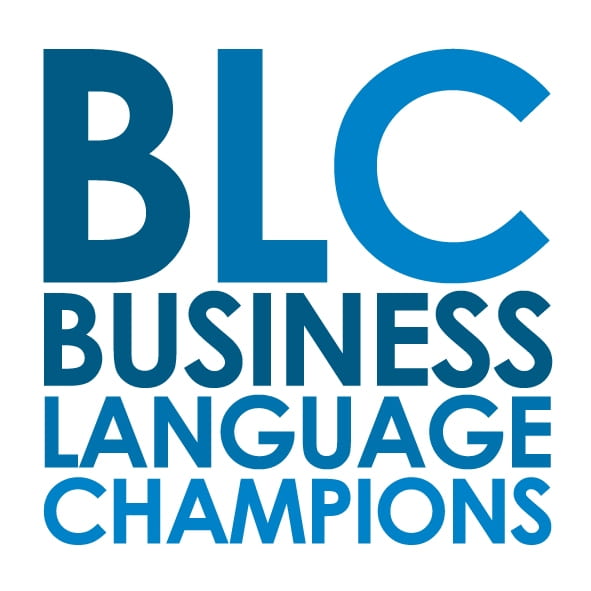 All the World’s Your Stage

We were put into teams of four to five members where each person was from a different school. At first, this seemed daunting, but we quickly felt at ease with the other people in our team as everyone was very friendly, welcoming and in the same boat as us in that they also felt very nervous. The teams were based on what language the members were studying at school (my language was French). Some of the schools who participated in this unique competition were Oakham School, Nottingham High School and Trinity College.

All the participants then listened to a talk given by Andrew Onatti (founder of Onatti Productions and pictured below) where he gave us lots of tips and advice as to how you go about writing a short play in a modern foreign language. He reminded us that not everyone in the audience would have studied every language; therefore, we had to ensure that the content was simple and clear. He recommended using repetition throughout the piece as it would help the audience have a better understanding of what was happening on stage. The use of mime was also mentioned because it gives the actors an opportunity to heighten and exaggerate their characters in a way that would clearly demonstrate to an audience who was who and what the characters’ intentions were on stage. He also encouraged us to include visual humour in our pieces because it would again increase the level of understanding and make the performances more enjoyable to watch. Other pieces of advice included: projecting your voice, speaking slower than you think, using cognates to help the audience understand better, ensure the opening scene is simple and clear and finally to incorporate dance, music and pauses so the audience has time to comprehend what they have just watched.

In order to help the students discover the international opportunities in drama, Sally Fagan gave a presentation which covered the many possible careers in this field, for example, translating. She mentioned that as a teenager she was relatively shy but when she was cast as the lead role in a school play, she gained significant confidence in doing so. She claims that if she hadn’t put herself forward in doing something outside her comfort zone, she wouldn’t have the job she has today. I think this proved to be a real motivation for those students who were either nervous or hesitant in performing in front of an audience. Personally, drama and theatre are a big part of my life and I thoroughly enjoy performing on stage. In the lower years of school, I found that drama allowed me to express myself and feel more self-assured. Therefore, I agree with Sally in that having confidence is such an important life skill as it facilitates you in many different situations throughout life when trying to get a message across; whether that’s speaking to an audience or simply discussing ideas in groups. Therefore, the ‘All the World’s Your Stage’ competition is an excellent experience as not only are students increasing their confidence but in a foreign language as well.

The next task was to write the script for the performance. In my group, we started brainstorming ideas which really helped us to collaborate and grow as a team which proved to be essential for the performance later that day. Once we chose the theme for our piece, we wrote the introduction so that the audience could easily pick apart the plot. We wrote the introduction in French and then wrote a translation in English to ensure that the people watching could easily follow the story.

In order to prepare for the performance in the afternoon, all the students took part in a drama workshop where we warmed up our voices and bodies. Becky Valentine-Hagart led the workshop and she focussed on voice and posture in a way that would help us convey our characters clearly depending on what their personalities and motives were like.

Prior to the performance, each team had to take part in a ‘press interview’ which consisted of one of the judges asking the group different questions relating to the performance in that specific language. Our team was very vocal in our responses and we all contributed something to the interview. The interview was marked, and these points would be added to the total score acquired from the performance later.

After only an hour and a half of writing and practising, each team had to perform their original play in five minutes. There was a wide range of topics and themes included within the performances in Spanish, French and German. For example, the dictatorship of Franco in Spain, la Tomatina (a Spanish festival), MasterChef in France, the huge contrast in opinions from generation to generation and a journey to the festival of Oktoberfest. All the performances were very enjoyable to watch and were performed so well that many members of the audience would understand and laugh at what was happening on stage despite the language barrier.

The experience was very worthwhile and unique as it was the first time I had performed anything on stage in a foreign language. It was also great to collaborate with students from other schools and work as a team in order to deliver the best performance possible under the time pressure. The experience also meant that time management skills could improve as we only had an hour and a half to write and practise the entire play. However, during this time, we also needed to brainstorm ideas and discuss with the other members in the team. This competition has clearly demonstrated to me, and I’m sure many others who participated also felt, that putting yourself out of your comfort zone and just going for it is always worth it.

Finally, the moment we had all been waiting for had arrived and the awards or ‘Oscars’ were going to be announced. It transpired that my team came second, and I had won the prize of the ‘Best Actress overall’. My team and I were so happy with our performance and proud because we had put a lot of effort and consideration into the piece. Personally, I felt it was amazing to see how the members of my team who were shy and worried at the start of the competition had really come out of their shell and felt happy in their own skin by the end. Therefore, I think that drama is so important in everyday life and has a truly positive impact on audiences and actors as they grow in confidence and enthusiasm. However, it then becomes an even bigger achievement if performed in a foreign language as it then gives people even more self-assurance which is so important in life today. For that reason, I would highly recommend getting involved in this competition or something similar as these opportunities and experiences will influence life in the future.