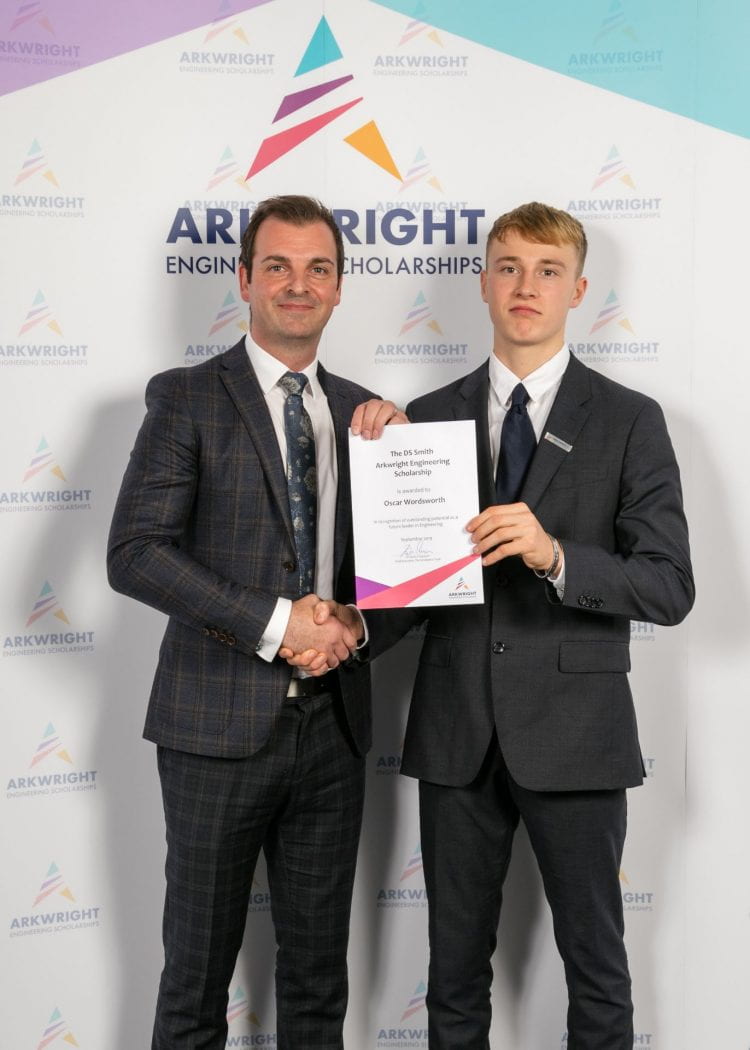 Arkwright Engineering Scholarships are a national award that are highly respected by the top universities in the UK and having such a scholarship on your UCAS entrance forms will help you stand out from the crowd. I decided to compete for the Arkwright Scholarship as I have been interested in Engineering from a very young age and wish to pursue a career in the Engineering and Product Design industry. For me, the Arkwright Scholarship provided me with a chance to prove my passion for Engineering, my Maths, Physics and Design Technology abilities and to be able to prove that I can compete on a national stage for a highly sought after, prestigious award.

The Arkwright Scholarship offers a £600 personal financial award (along with a £400 school financial award), a company sponsor (who may act as a mentor, offer work experience and an insight to their company), engineering experience days, scholar-only university open days and personal development guidance.

The Arkwright Engineering Scholarships are run by Mr Newton in Design Technology.  Two stages of the Arkwright application (the CV and the interview stage) required me to describe a project I have worked on. I decided to use my GCSE DT project, in which I set out to solve the problem of bike storage. My product was a portable and adjustable bike repair stand which had a contemporary and natural design. It had to safely secure and store a bike, while suspending it in the air so that maintenance could be undertaken. It featured three main parts – a stackable plywood base with an acrylic insert for aesthetic appeal, a collapsible vertical aluminium bar with a solid steel hinge and a plywood shelf/clamp to hold and secure the bike. I designed the base of the stand on Fusion and used the CNC router to cut it out before assembling the base with the layer of black acrylic in between the two pieces. I 3D-printed a holder for the vertical bar, which was also designed on Fusion 360, and proceeded to cut the bar and produce the hinge using a range of metal working machines and tools. The bike ‘shelf’ was made out of plywood formed using lamination in a vacuum bag around a foam mould. My project received full marks, which I was obviously very pleased about.

The application process for the Arkwright Scholarship began in early December. The first step was to answer various questions in essay form. There was a set word count which could not be exceeded, so a lot of time was spent writing, editing and perfecting my answers. The questions included ‘What inspires you to take up engineering?’, ‘What are your plans for the future?’ (including which university, course and job) and ‘What leadership experience do you have?’. This had to be sent off by a set deadline.

The next step was a written exam. This took place at school and lasted about two hours. The exam consisted of two design objectives, the first required four different designs to be drawn and annotated and the second task required two in greater detail. The first question of my exam was to design four crazy golf holes for which the movement or weight of the ball triggers a fun, mechanical reaction. I had to draw the design, including the mechanisms and explain how they worked. The second question was to design a height adjustable school desk. We were given the average height and recommended table height for students aged 11 and 18 and had to use this information in our design. The exam lasted two hours, however this was significantly less than what was needed, causing you to be pushed for time.

Selected applicants were then chosen to go to the interview stage. Mine was held at Cambridge University in the Dyson Centre. When I arrived, we were sorted into groups and taken to a lecture theatre where we were briefed on a team building/design task. We were challenged to build a bridge out of paper, tape, string and other materials and given a short talk on different bridge designs and structural engineering. The bridges were then judged on structural integrity and aesthetics. When the winners were announced, my team’s bridge placed second on structure and first on aesthetics. It just lost to a stronger and more stable bridge. For the interview we were required to bring in an example of a project which we had completed. I took my previously mentioned GCSE coursework with me and explained it in great detail to the interviewers. They then asked me a series of questions, for example ‘Who is my role model/ inspiration for engineering?’ and they assessed my answers.

On Friday the 1st of November, I attended the Arkwright Awards Ceremony for recipients of the scholarship at The Institute of Engineers in Savoy Place in London. We were introduced to our mentor, and then had lectures by various engineers and industry leaders. It was a formal event where they read out a brief summary of your achievements and handed you your certificate on stage. 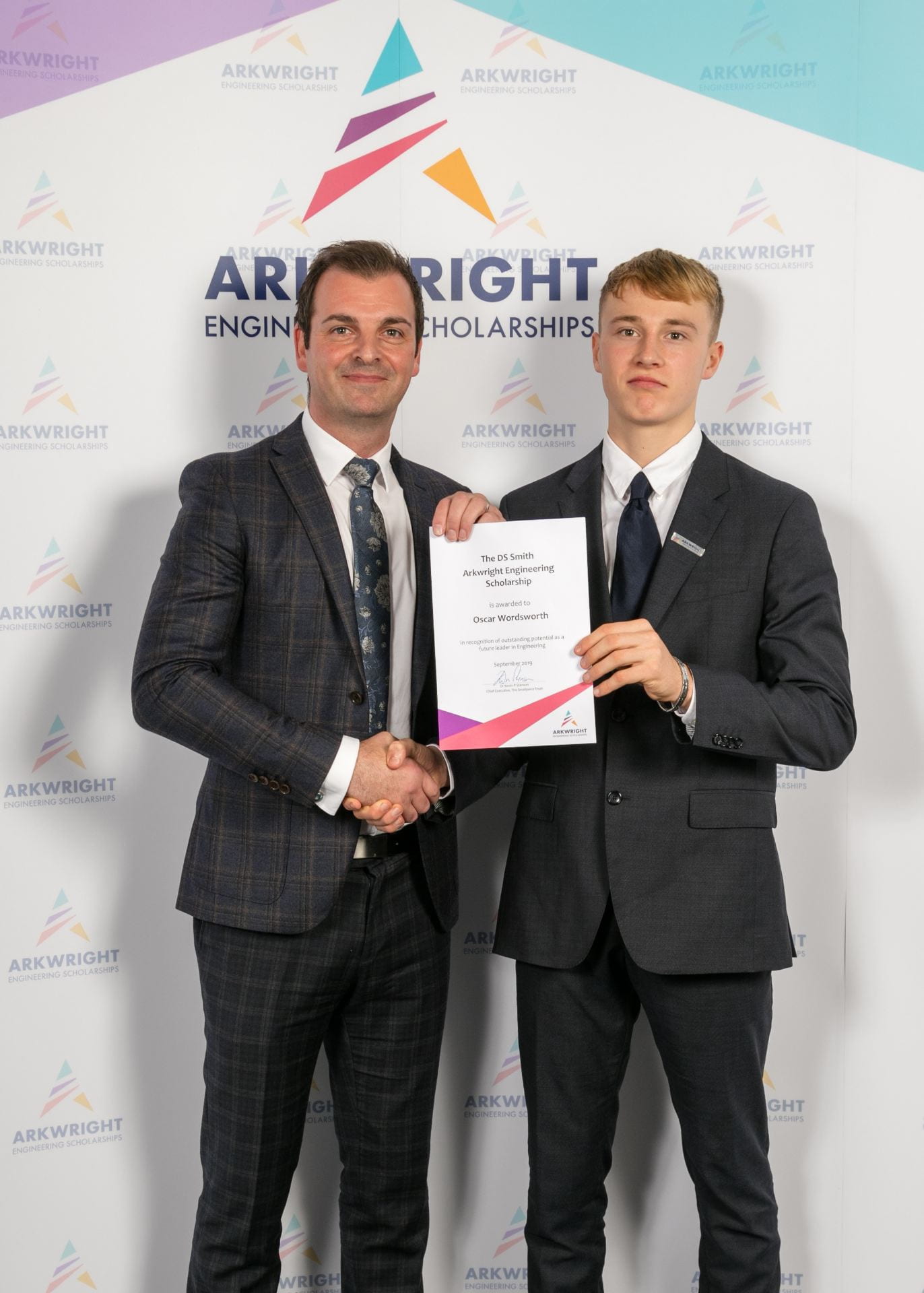 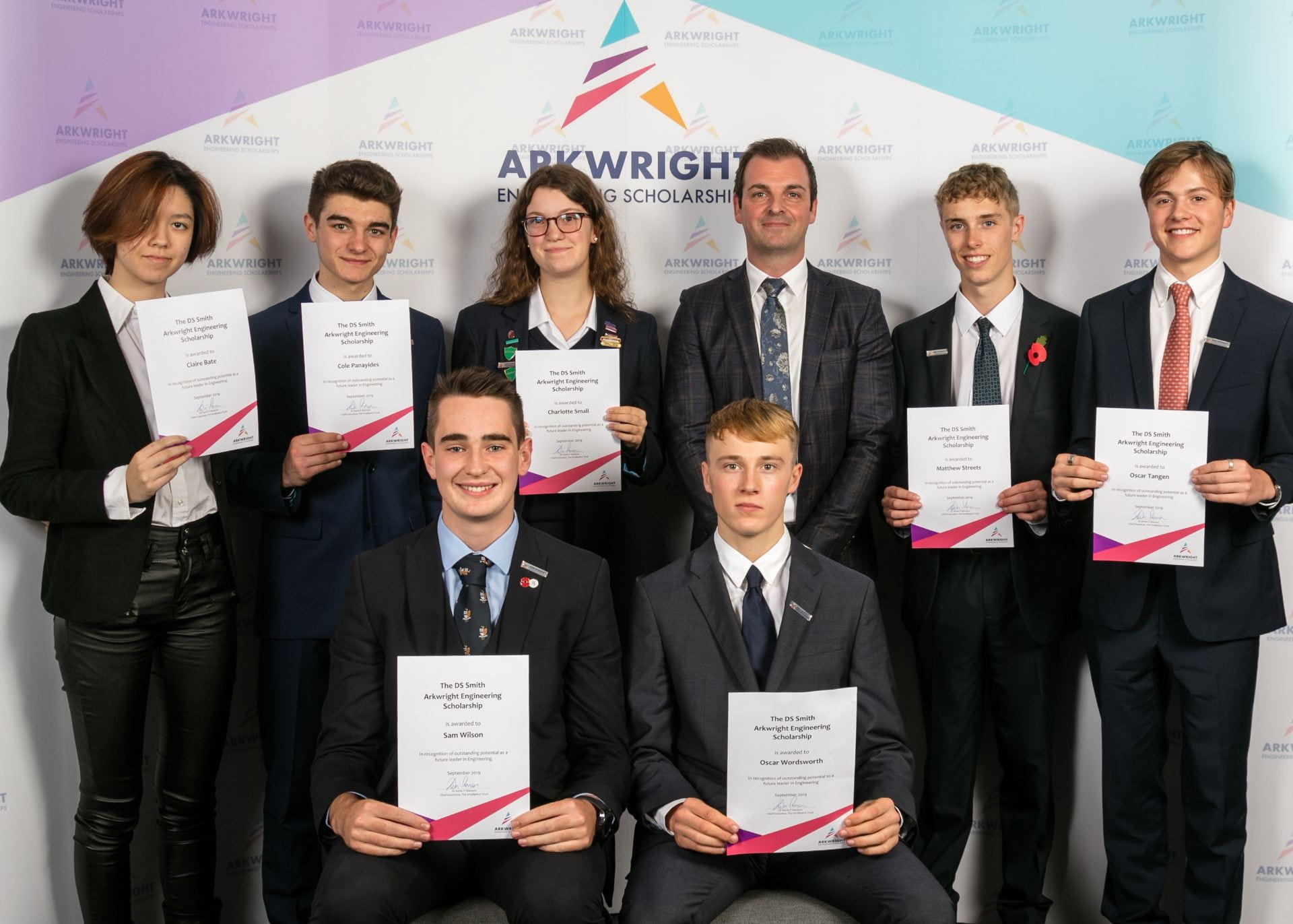 My sponsor is the ‘DS Smith Charitable Foundation’. DS Smith is an international packaging company specialising in corrugated packaging, recycling, paper and plastics. They work in 34 countries across Europe, Asia and the US with companies such as Tesco and Pets at home. They sell 3.5 million tonnes of paper and 8.5 billion meters squared of corrugated board and plastic packaging aa year and remain the largest cardboard and paper recycler in Europe. Through the Arkwright Scholarship and my elected sponsor, I may have the opportunity for work experience, insights into how the company works, mentor help and guidance from an industry professional and gain industry contacts.