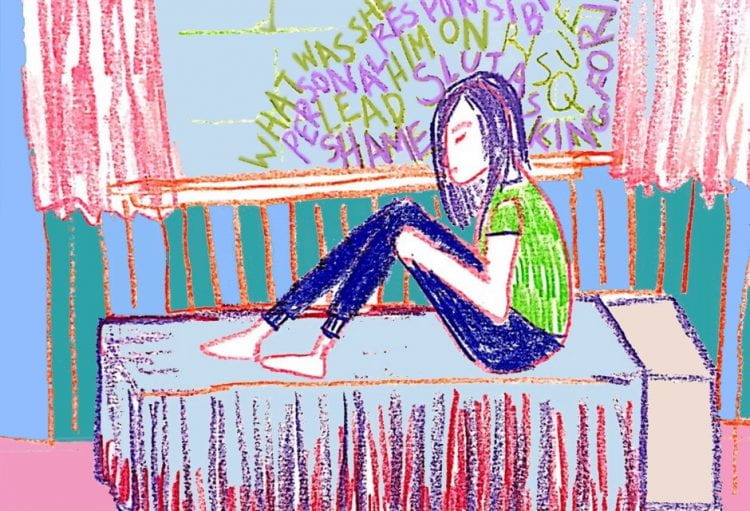 Does Rape Culture Play a Role in Today’s Society?

The existence of a so-called “Rape culture” is currently a massive topic of conversation among feminists; most are adamant that it exists and is so deeply ingrained in today’s society that most people fail to see it. They believe that there is a bias in the judiciary system that condones and excuses the actions of convicted sexual offenders and that this is a threat to many women’s way of life. However, other sociologists are starting to challenge the idea by suggesting that rape culture is purely based on exaggeration and misinformation. They believe that this perpetuated “myth” about the existence of a rape culture is as dangerous as the existence of one. In this blog I set out to answer how much rape culture plays a part in our society?

Rape culture is defined as a society or environment whose social attitudes have the effect of normalizing or trivializing sexual assault or abuse. The potential dismissal of the severity of sexual assault has never been more dangerous; according to the Ministry of Justice approximately 85,000 women and 12,000 men are either sexually assaulted or raped in the UK every year. This staggering statistic is much likely higher, as victims are often too scared to come forward about their experience. Is this evidence of a “rape culture” or are there other factors at work?

A large part of rape culture is victims being blamed for their own sexual assault whether it is because of what they were wearing, “flirting” with their attacker, whether they were walking alone or the time of day that they were out. Most people believe that times have changed and women are no longer blamed for what happens to them but unfortunately this isn’t true. People are still asked in police questioning about the clothes they were wearing and are constantly being doubted about whether what they are saying is true. A victim of sexual assault said “Some of the questions I was asked, I just couldn’t see how they could be used either way. It’s the age old ‘what were you wearing’ thing over and over again and a lot of ‘are you sure you didn’t do this?’” This is the type of rape culture that outrages most people; the fact that victims are being blamed instead of the guilty person: the rapist. This sort of questioning from the police leads people to believe they are guilty for their own sexual assault as it comes from a higher authority than the general public. Survivors of rape don’t want to be placed under scrutiny during such an emotionally challenging time and is part of the reason that only 15% are reported. This can lead women to be more reluctant to come forward about their assault as they are worried they will be blamed for it. This shows that rape culture that is enforced by the police and public is reducing the number of women that get support after their rape and also reduces the amount of rapists that are convicted as they are never reported in the first place. This means that rape culture has a massive negative effect on society.

Furthermore, women are made to feel like they are destroying someone’s life by reporting them for sexual assault. During a rally in 2018 in Mississippi, President Trump imitated a scenario in which a man is falsely accused. He said “Mom a terrible thing just happened, a person who I’ve never met said that I did things that were horrible, and they’re firing me from my job, Mom, I don’t know what to do, Mom, what do I do? What do I do?” This manipulative speech was aimed to play on the emotions of mothers, daughters and sisters watching. It was meant to make them feel guilty for reporting their sexual assault by seeing what might happen despite the fact that theirs is true. This only shows people one side of the story when a sexual assault is reported. This shows the accused being punished and, although in Trump’s story the accusation is false, 90% of allegations are true. However, there is no mention of the lifetime effects sexual assault can have on the victim as it can leave survivors permanently scarred by something that is not their fault. This can have a massive impact on their mental health and the guilt that they are made to feel can, once again, prevent women from coming forward and getting help. This shows that rape culture is alive, and a large contributor to it is the President of the United States. This means that rape culture effects a wider range of people due to the global stage that he is speaking on and therefore discourages an even larger number of women to come forward about their experience. 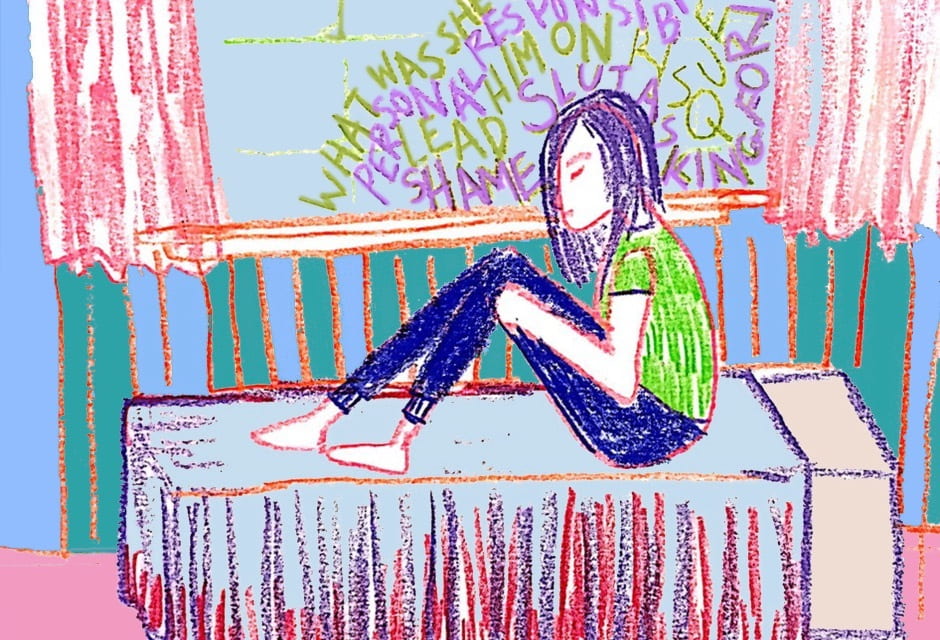 Moreover, this Trump speech may lead people to believe that the majority of accusations are false. This is incredibly dangerous when he is on a global stage as it may impact opinions all over the world. This doubt may be reflected in the treatment of victims by the police and therefore determine whether a conviction is made. For example, the recent case of the British teenager claiming to be raped by 12 men in Cyprus. After she reported the incident, she was questioned for 8 hours by the police with no recording and without a lawyer present after which she signed a retraction statement. This suggests that she was mistreated in some way that persuaded her to sign the statement. This is further supported by a barrister from the legal group Justice Abroad claiming that “the way court proceedings had been conducted violated Cypriot, European Community and European human rights law”. What’s even more shocking is that this is not a one-off situation. A Scandinavian woman came forward about her similar treatment by the Cypriot police after hearing about the British women’s case. She said that “They kept me in the police station for many hours. They told me that if I didn’t withdraw the rape allegation, they would arrest me and send me to prison. So, I did, and they let me go.” This shows that women are constantly treated like they are the guilty ones and can be treated in such a harsh way that they feel forced to remove their statement which affects their credibility and therefore the chances of prosecuting their attacker. This once again discourages women from coming forward as they don’t want to be placed under scrutiny and treated like they are lying during such an emotionally difficult time. This is therefore evidence of rape culture as it encourages a society in which women are treated like liars for coming forward about a difficult experience.