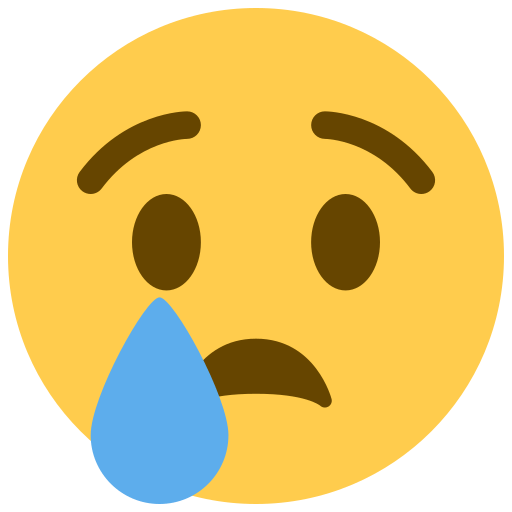 The Comic Tragedy of Emojis, Abbreviations, and 1984’s Newspeak

George Orwell’s “1984” may be not only one of the greatest works of Dystopian Fiction, but Fiction as a whole. The terrifying accuracy with which it predicted many aspects of the societies we live in today, though staggering, is widely known.

Orwell depicts a nightmarish Totalitarian regime headed by Big Brother, an omniscient, and yet rather physically absent, figure, whose face looms around every corner of Airstrip One (once Great Britain), relentlessly “watching you” with haunting eyes. This world is one of permanent surveillance, a concept alien to the 50s audience that first received the novel, and yet something relatively unsurprising for the children of today. In the Party’s quest for utter civilian compliance, they initiate a drastic change, which although at first does not seem of much consequence, carries petrifying implications. This method subliminally lulls its users//victims into complete complacency, giving a corrupt political movement the figurative pillow with which they can smother and nullify freedom of speech, freedom of thought, and therein annihilate so much as a breath of creativity. In 2020, this method, to some degree, has already been deployed. And yet, what makes it more terrifying in today, rather than in the novel, is that the world has inflicted this wound on itself, by itself.

In the novel, Newspeak is a significantly reduced version of the English language, a purge of adjectives, synonyms and antonyms, to the extent whereby instead of “good” and “bad” (and all the other varieties of each word) we simply have “good” and “ungood”, with “plus” or “doubleplus” added to the front of it for extra emphasis. Seems simple enough. However, when we consider the negative consequences that could ensue post this, the idea becomes slightly more alarming. As the charming but pitiable character that is “Syme”, a leading architect of the whole Newspeak system, discusses with our protagonist (“Winston”), if the word “liberty” never existed, then one cannot think up the thought (or at least possess the vernacular to express the thought) that is the concept of “liberty”.

As a species, we are sentient in our application of emotion, or emotional response to objects that may just be inanimate; I pose the example of a child’s teddy bear, and the mental associations and value that it can possess, whilst the matter which physically defines it, remains polyester fibre and plastic pellets. Our emotions are felt, as a natural response to events that affect us, or those we care about, or things we care about, but such emotions are categorised by the vocabulary one possesses. In turn, if someone had been raised, taught only the words happy, angry, and sad, is it correct to assume that those are the only emotions they can feel? Perhaps not, but the principle stands, that if they do not know (or have labels for) their emotional states, they cannot begin to understand them. The reduction in scope of language, incurs a reduction in the ideas, emotions, and capabilities of the people it’s applied to. Such is the rationale of a corrupt, freethinker-torturing regime in the novel, so how would it ever materialise in 2020, the most liberal (arguably) society has ever been? Through our own accord. With the gravity of the change outlined, we may elaborate on its presence in today.

From the ages of 8 to 18, the average amount of screen time lies circa 7 hours a day. Much of this (already worrying amount of) time is spent on social media applications, with the magnificent prospect of being able to instantly communicate with anyone, anywhere at any time. Technology is constantly evolving, and as the software updates improve, and our competency to exploit it improves, the use of such technology also changes, in order to make these objects, which have become such a casual facet of our lifestyles, easier for us to use, with minimal effort. This laziness has sparked the advent of SMS Language: “language regarded as characteristic of text messages, consisting of abbreviations, acronyms, initials, emoticons etc.”.

Through this, “what’re you doing?” becomes “wyd”, “how are you?” becomes “hru”, and “what’d you like to talk about?” translates to “wdywtta” (ridiculous, I know.) These simplistic, and reduced phrases have become the pillars of conversation for most teenagers, transitional phases, which if not met, bode negatively for the relationship that may have come of the exchanges, in the future. With this increase in adoption of absolute abbreviation, comes a decrease in the study of real literature. It was reported that “six out of ten American households do not buy a single book in an entire year”, blatantly leading to a dire diminution of the average person’s vocabulary. And, as previously discussed, this reduces their capacity for feeling. Self-inflicted categorisation continues in emojis. When sending a text, we are expected to make the tone of the message obvious (exacerbated even) through the adoption of a picture, not words. A picture that may not even be the precise emotion we feel at the time, but must be settled for nonetheless, to eliminate the risk of coming across as cold. Subsequently, this oversaturation of fixed images in relation to emotions, subconsciously trains our minds to look for this in real life, and when these images do not materialise in human form, we are confused (if the word confused, does in fact survive into the generation to come’s vocabulary.)

All of the above leads to the simple conclusion that we are removing the very thing that “separates us from the animals” and smiling as we self-mutilate. What hope does a sophisticated conversation have? With people without a substantial enough vocabulary to express their feelings, who do not even understand their own feelings, believing that the conversation must progress artificially through the correct phases? People who cannot recognise the other contributor’s emotions via subtle body language, perplexed until they find solace in the other person crying their eyes out in streams of tears (sad, obviously.)?

O’Brien, the antagonist in the novel, states that the Party “controls matter, because we control the mind. Reality is in the skull”. We define the colour of the walls of our craniums. Literature equips one with more pigments with which to splash on such walls, pigments embodying thousands of emotions. How will your canvas look? Like the Sistine Chapel, or the Girls’ School cafeteria?

The novel itself is a marvellous story, but the accuracy of its predictions (or fears) are what crystallise it as one of the greatest pieces of modern literature of all time. And yet, there is a solution to the abundance of problems previously documented in this blog. Archaic though it seems, we must read. We must encourage those around us to read. If not for the beauty of literature in the first place, then simply to have any hope of restoring the emotional depth that makes us human, in an attempt to reinstall the vocabulary that can allow for such variety.

“You don’t have to burn books to destroy a culture. Just get people to stop reading them.”  Ray Bradbury