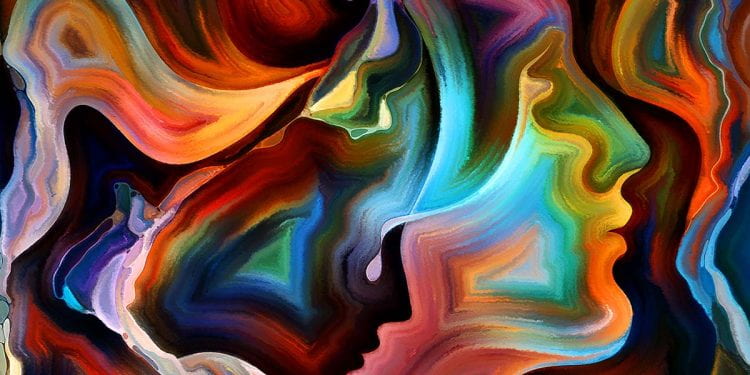 Why Psychology should be Compulsory at GCSE

Psychology is growing in popularity and it’s easy to see why. The human brain is a complicated place and at times we can feel lost inside our own minds; not knowing where our behaviours come from or what we can do to suppress or encourage them. Picture all of the arguments you’ve ever had in your life and imagine how you might’ve acted differently if you’d had an understanding of why you were feeling those emotions, or if you had known how to calm yourself down. If everyone in the world had a basic knowledge of what a panic attack is, and how to help someone who’s having one, imagine what a huge impact this would have on the population. 22.7% of people experience at least one panic attack in their life*. That’s over two billion humans, yet the only people who are taught about panic attacks or disorders in depth are the very few who choose to pursue psychology for further education – a tiny number in comparison to two billion.

With mental health issues on the rise, it’s vital that we learn to understand what they are, and how to prevent, control, identify and help them. So many people are suffering in silence, and it’s too easy to assume somebody’s doing great when they really aren’t. From 2004 to 2017, the frequency of mental health disorders in 5 to 15 year olds has increased by 48% (NHS). This is largely due to social media, where anyone can share anything with the click of a button. Nobody knows whether that picture was from today, yesterday or a year ago, and while the picture may be of you smiling, in reality you could be lying in bed sobbing. Being able to notice when a friend’s happiness is decreasing is an incredible life skill that could change someone forever. Mental illness can be extremely hard to cure once diagnosed, as habits of thinking and acting have already been established and rehearsed. If we can identify these problems before they become serious, we will be able to quickly get help for that person before the issue accelerates into something worse.

While you may think that you’re alone and nobody else understands you or feels the way you feel, studying psychology is an amazing way to realise that you’re not alone; other people have the same troubles as you too. You can learn things about yourself that never even occurred to you before, for example how behaviours such as eating habits, sleep patterns and forming relationship are all deeply impacted by the attachment you had with your parents as a baby. Things that you don’t even remember happening have the power to shape who you are as a human, and studying psychology is a gift that allows you to explore these quirks that you’ve always had but never understood.

I understand that we don’t need to take classes in psychology in order to learn the subject; we have books and the internet which can be equally, if not more informative than a lesson. However, in reality, most teenagers don’t have time to go home from school and spend hours reading books and doing additional research on top of homework, revision and hobbies, when it won’t earn them a qualification or even be recognised by anyone. A lot of people choose to study psychology at A level because it’s an exciting new opportunity that they’ve never been offered before and they want to experience something a little different, but over time they may realise it wasn’t the perfect match for them, and they may’ve been better suited a different subject instead. Don’t get me wrong, psychology is an amazing A Level to take, but the point is that it might not be for everyone. If we were all educated in psychology from a younger age, people would really know whether it’s an area they wish to pursue before diving in headfirst. I’m sure lots of people who never even considered taking psychology would really love it if they tried it, so more people may opt to study it later on.

Although GCSE science is interesting and can be useful, in reality only approximately 11% of A Level students study biology, 9% chemistry and 7% physics (GOV UK). To these people, science is useful but to the majority of other people, they will never use it again in their lives. On an everyday basis you don’t need to know the pressure 200m below sea level, or how many protons there are in an atom of Nickel. I’m not saying that GCSE science is useless, as I think they are very interesting subjects which require a different type of thinking and skill to other areas, however I do believe that since psychology can be applied to every single human, every single second of every single day, it surely deserves to be a compulsory GCSE science as much as physics does. I understand that the other three sciences are constantly affecting us too, but unlike psychology, they’re mostly out of our control. We can’t suddenly decide that we don’t like the cold weather so change it to a sunny day, but we can control certain things psychologically. This may be partly why the study of the mind appeals to so many people, as psychology attracts almost 13% of A Level students, higher than all three natural sciences.

Furthermore, it was estimated in 2012 that psychological employment would increase by 12% between 2012 and 2022. In a world with an ever-increasing population, more and more people are needing jobs and psychology seems to be a fantastic field for growth in the future. It can be applied to practically every job imaginable, from HR managing office problems and interior designers considering how different colours effect our mood, to teachers choosing the most effective lesson plan and politicians releasing strong campaigns, psychology really will help you reach whatever goal you wish to achieve, and I think it’s only fair that everyone gets a chance to study it.

To conclude, why should everybody get a chance to study biology, chemistry and physics, but not psychology, when it is defined as “the scientific study of the human mind and its functions […]” The understanding of human behaviour helps us to relate to others’ problems, overcome our own difficulties, and even succeed in our careers.