On the 23rd of November 2019, I attended a subject master class lecture at Cambridge University in the Lady Mitchell Hall. This was an introduction and an exemplary lecture one would experience if they attended Cambridge University. David Runciman Professor of Politics started the session and he explored the intergenerational conflict within politics; a fitting topic for the audience.

Where ever you look politics is ripe with divisions. These may be the classical divisions such as class or more prominently age. As of 2019, climate politics shows the most obvious divide in many years. Greta Thunberg is currently one of the largest political figures, yet she is only 16. Her activism is rooted in the belief that the younger generation will live with the dire consequences of climate change so therefore believes she must change that. Another example of youth campaigning is in Hong Kong. For 6 months they have been challenging China head-on and will die for democracy; something that many of us take for granted. They have been deemed “the cursed generation”, many completely separated from their parents.

If we travel to the other side of the globe we see these issues are frequent. Donald Trump the 45th President of the United States is one of the most polarizing figures. His support base was old white citizens whilst, Hilary Clinton had the younger vote. 93% of black women who voted, voted for Hilary Clinton. What this tells us that there is a massive division of age and race. To make the situation even worse the lack of representation for the youth inside of congress is alarming. Although, there is 29-year-old Alexandria Ocasio-Cortez and she makes history as the youngest woman ever elected to Congress. As well, she is seen as a real contender for the presidency but unfortunately, she is not allowed to run as she is deemed too young. There is almost no representation for the younger generation which perpetuates the intergenerational conflict. Currently, the 26 candidates have an average age of 58 but, the most likely candidates to win are all over 70. Elizabeth Warren 71, Donald Trump, 74, Joe Biden 78, Bernie sander 79 and Mike Gravel being 90. Here we see that the younger generation simply have no representation. which is an obvious indicator of why there is conflict. 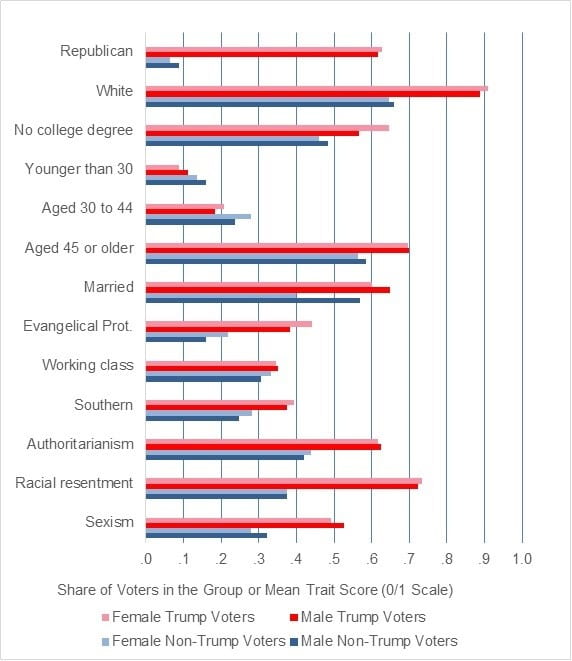 This is starker when you look at the 190,000 members of the Conservative party. More than half of the membership is over 50. When Boris Johnson was elected on the 24th of July 2019 he became the Prime minister but, the issues spring up as he was chosen by his party to lead.
That means that around 100,000 people aged 50+ decided the way the country would be lead, and who leads it. This opens up two problems for the younger generations:
• Boris Johnson’s mandate is weak
• The older generation are determining our future

As we have seen the Brexit vote perfectly encapsulates the idea that the older generation has the most to say. Not only do they vote more with 80% of over 60s voting in the 2017 General Election, over-65s were more than twice as likely as under-25s to have voted to Leave. So given these few examples, I have just outlined some issues in global politics about the differences in generations. Firstly, we have seen the youth paving the way in climate politics, then I outlined the courageous people of Hong Kong fighting for democracy; the split in voting age in the US and the UK and now I would like to look for the reasons for why there is such a split.

Greta Thunberg believes that the older generation will die sooner, so they just don’t care. Now not only is that an offensive argument it’s is plain wrong. They may appear to care about climate change and yes they may not be alive to see the real consequences but many problems don’t fit that trend. Education is rated as one the largest issues that many old people want to fix but you don’t see many old people attending University but they still regard it as an important issue. They still care even though it surpasses their life-span. Additionally, it isn’t hard to believe they sincerely believe they are helping the grandkids if they put education first. So what other reasons can we find?

Well, it could be down to loss-aversion. Which in cognitive psychology and decision theory, refers to “people’s tendency to prefer avoiding losses to acquiring equivalent gains: it is better to not lose $5 than to find $5.” So in political reasoning, people are more reluctant to give up things they have at the chance of getting something better. They don’t want to give up what they. They have had a life full of experiences that they would like to cling on to and if voting to stop climate change ends those memories then they will be selfish. Many economists believe the “green new deal” would open up many opportunities but people don’t want to give up what they already have. So the conflict could be down to youth just not experiencing as much and with increasing numbers of people not learning to drive this extends the differences of memories and broadens the conflict.

That is a strong chain of reasoning but is there more to the story. Well, politicians are probably scared of implementing change due to the “yellow vest protest” in France. President Macron increased the taxes on fuel and there were protests. Imagine if a country went a step further and introduced more green bills suddenly the country could be engulfed in chaos. This makes me ask the question “how long till change happens?”. If the current opposition doesn’t win then the Conservatives have made their stance on climate change clear; being that it isn’t a top priority. As well, there are a greater number of older people. We have an ageing population with less people being born. So usually the Conservative vote has a high chance of winning. Could the government force us to act greener? I doubt that.

What can we do then? There are a greater number of older people. We have an ageing population. People don’t want to give up what they have and finally, the younger generations issues are different and less discussed as there is little representation within Parliament and congress. Well firstly, it is important to point out that I will be focusing on Brexit as I believe it is very prevalent. Nearly three quarters (73%) of 18 to 24 year-olds voted to remain, falling to under two thirds (62%) among 25-34s. A majority of those aged over 45 voted to leave, rising to 60% of those aged 65 or over. So one option would be to wait and, maybe in a few years if we had a second referendum the vote would be different as well, the old people will have died. But once again this an offensive argument and if we wait the conflict doesn’t go away it just morphs into something new. We could introduce a proportional representation system but this was tried in 2011 with the Alternative Vote Referendum but, this was rejected. So this unlikely but if proportional representation was introduced then most of the issues of age and class would be likely to be negated as it causes there to be a voice for all. First Past the Post our current electoral system facilitates the generational divide.

Finally, and most credibly you could lower the voting age. As we have seen, the majority are people over 40 and 18-40 being a very small bracket. So the answer is to enfranchise more people. It seems as if whenever democracy needs a reinvention to get past barriers you just need to enfranchise more people. First, it was the Great Reform Act of 1832 this created 67 new constituencies and much more. Then the second reform act of 1867 which gave the working men a vote. After that, we had the suffrage for women and in 1969 everyone aged 18 and over could vote. These solved the threat of revolution and modernized the UK. The obvious step is to enfranchise more people. And this is the most creative and intelligent way to solve conflict. Enfranchising teenagers isn’t going to end the world and I ask you what is the worst that can happen. It isn’t even that empowering it just simply will fix our democracy as it will allow more people to engage and solve issues such as climate change. It will allow more people to educate themselves on issues such as Brexit. It will endow us with more Greta Thunberg’s, who will rise to the occasion and create a world with where the young and old fight and strive for the same cause.