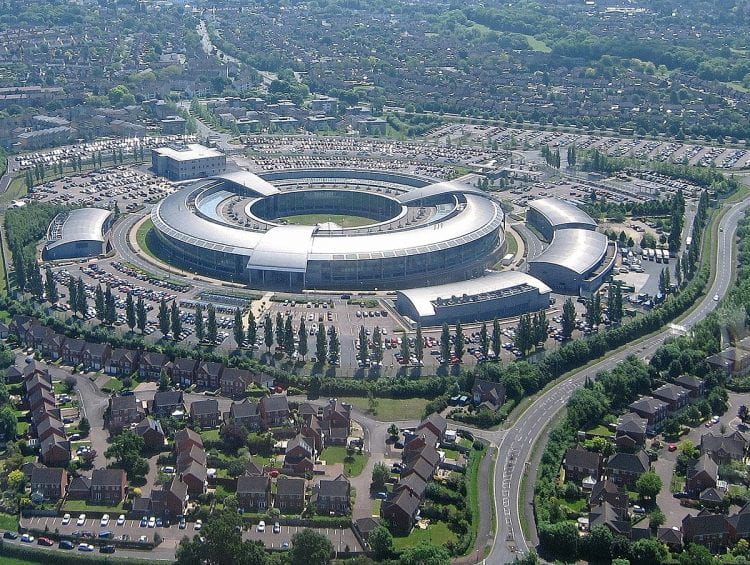 On Thursday 22nd November, Stamford students took part in a competition run by Business Language Champions and GCHQ. We, the Spanish team from Stamford (we had also entered a Russian and German team) had been preparing for about three weeks now, meeting up in either the girls’ school or the boys’ school, as it was a mixed team, every Wednesday lunchtime. We had been told that we needed to prepare a map of Spain, with roads, trains, major cities, airports and naval links labelled, and then we had to speak about those for a minute and a half. Other than that, we knew nothing.

It was only in the week preceding the competition that we were told that it would be held in the Oswald Elliot Hall; also, that it was not to be shared with anyone else. The GCHQ employees who were coming to speak to and assist us were very real, and we had to protect their safety. Having made our poster on a large piece of card and memorised our speeches, we eagerly awaited the date of the competition. There was a definite sense of nervousness and anticipation between all of us, not least Mrs Pike.

On the morning of the competition we gathered outside the Hall at 9 o’clock, and filed in. We had to sign ourselves in, and were given little name badges with our name and our team numbers, after which we made our way to our team table – I was shocked to see how many other tables there were, clearly we were going to have our work cut out! The day began with an introduction of everyone there (first names only!), followed by an icebreaker where we mixed up our team with other schools and tried to work out idioms in other languages, which was really interesting, especially finding out that literal translation doesn’t always work!

After that, we had a talk from a languages specialist from GCHQ, who told us about the history of the organisation, and elaborated a little more on what they actually do (turns out they aren’t all James Bond). He also talked about the qualities and skills they require, which isn’t just about languages, it also involves engineers, analysts and whole other teams of people to keep the organisation running smoothly.

Once that was done, we went back to our original tables, where we were given our mission for the day: a shipment of drugs is being transported, our job is to track it and find out more about the people involved with it – first though, we would split our team into three, and go on a short taster session, either Arabic, Korean or Chinese. Marianna and I did Chinese, which we found extremely enjoyable, and a lot easier than we thought, although maybe that was because we only learnt one to ten. Our teammates who did the other languages assured us that their languages were fun too, but we maintain that Chinese was the best.

It turned out that our counting was useful, as our first task was not just Spanish translation, but Spanish translation with numbers from our tasters thrown in! Oh, and it was also encoded with a codeword cipher, which we had been given a short talk on about five minutes before. Once we had translated those, we were directed to a locker in the Lost Luggage at King’s Cross station (some bags in the corner of the Hall) which surprisingly contained one of the School tablets… Having logged on, we then had to listen to an audio file, in Spanish, and figure out what it was telling us. The man on the tape, Vladimir, told us to meet a man called Giorgio in Starbucks, who would be wearing a moustache, and we had to be wearing a pair of gloves.

Feeling mildly ridiculous in my woollen children’s gloves, I walked over to Starbucks (another corner of the Hall), where ‘Giorgio’ gave me a cipher, which we would then use to decode the message he had also given me. During this, Mrs Pike managed to get herself kidnapped. Two members of our team were quickly assigned to get her back, while the rest of us worked on the coding. The rescue involved solving a series of clues, written in several different languages. Sadly, we did not manage to retrieve her within the time limit…

Once we had decoded the message from the courier, which gave us information on the shipments intended destination and contents, we had to send a coded message of acknowledgement back to the drug gang, which took us quite some time, but once it was done, we were nearly finished. All that was left to do was add all the information we had learned over the course of the day onto our original presentation about cities and transport in Spain, which took a while, but it was a massive relief once we got it done – even though we still had the fear of the actual presenting.
When they started taking teams out for their presentations, we were told to make a board game themed around GCHQ as a short activity, and we had to complete order forms and ask sixth formers for supplies in Spanish. I’m not entirely sure how on topic ours was, but still, we made a game where you had to throw an egg (ping pong ball) into an egg carton, then move along the board (cereal box) depending on where you landed in the carton, answering questions about GCHQ on the way around. It was called Tirar los Huevos (Egg Throw), and it was amazing.
Practically shivering with nerves, we were taken into a music classroom, where we fumbled about for a bit getting ourselves in the right order and began our presentation to the stony-faced agents in front of us. We managed to make it through the section that we had rehearsed without issue, which was impressive, but we still had to get through the unrehearsed section. Thankfully, we managed it, and left the room, the judges not giving any clues as to how we had performed.

The Hall was almost entirely silent as we awaited the results. And when they came, they were totally not what we had expected. In third, a French team from another school. And in second? The Spanish team from Stamford! I think we were most surprised by it, but we were overjoyed, having beaten 10 other teams! Alright, we didn’t beat the German team from Uppingham, but we have to let them have the spotlight occasionally. Our prize was a GCHQ puzzle book signed by their director, which is just infinitely cool, even if most of the puzzles look completely impossible!
Having had our fair share of celebrations within our team, we took some pictures (making sure not to get the GCHQ agents in), had a video interview about the day, and said our goodbyes. Personally, I massively enjoyed the day, and I know that my teammates did as well. It was a really good and interactive way to learn more about the Spanish language, while also learning about other languages and GCHQ! If I could, I would definitely take part again!