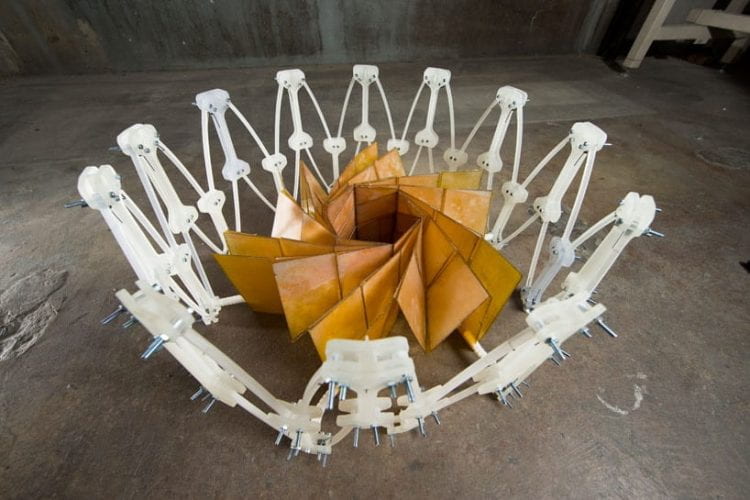 Biomimetics is the study and analysis of natural mechanisms for the purpose of producing synthetic engineered equivalents to solve a problem. It is essentially the process of taking inspiration from nature. After all, nature possesses the most sophisticated engineered systems so replicating her mechanisms doesn’t seem like a bad idea.

In recent years, bioinspiration has boomed. The invention of the Scanning Electron Microscope (SEM) in 1965 by the Cambridge Scientific Instruments Company opened the gates to the nano-realm. As a result, our understanding of surfaces on a tiny scale have rapidly advanced. Peter Forbes’ book, ‘The Gecko’s Foot’ is a great introduction to the world of biomimicry. It talks through a number of examples where we have taken ideas from nature and tried to replicate them artificially. 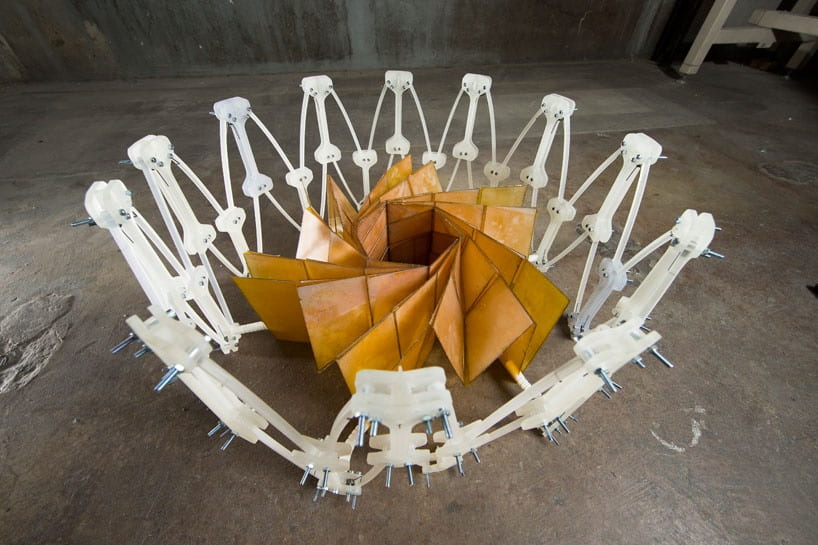 Forbes makes the point that, in recent years humans have become disconnected with nature and we don’t interact with nature in the way we were designed to. He believes that designing bio-inspired products will bridge that gap and re-engage us with the natural world.

The process of biomimicry can occur in two ways. Some products are invented by humans and then found in nature afterwards (e.g. the Photonic Crystal was developed to help control light more effectively. The same crystal was later found in the Morpho Rhetenor butterfly.) Others are developed directly as a result of a known natural system (e.g. the Lotus-Effect).

The Lotus Effect is a material science development inspired by the Lotus leaf. Ancient Eastern Civilisation first noticed the Lotus leaf’s self-cleaning properties. Modern scientists have since tried to replicate the mechanism for a range of different self-cleaning applications. Prof. Wilhelm Barthlott was the first to discover the correlation between surface roughness and hydrophobic, self-cleaning properties. When placing samples under the SEM for analysis, the subject needs to be thoroughly cleaned due to the magnification. Barthlott noticed how the lotus leaf required far less cleaning than other samples prior to inspection.

The angle between the edge of a water droplet and the surface it’s on is called its contact angle. A hydrophilic, i.e. water attracting, surface forms a pancake shaped droplet on the surface – with a high surface area and small contact angle (θ < 90˚) with the surface. In contrast, a highly hydrophobic surface such as the lotus leaf will form almost spherical water droplets with very low surface area and large contact angle (θ > 150˚). The Lotus Effect relies on having a highly contoured nanostructure made up of peaks and troughs. When a water droplet falls on the surface, it traps and compresses air in the troughs. The air in these pockets provide a buoyancy force acting upwards against the underside of the droplet, allowing it ‘float’ over the surface without collapsing or leaving any trail behind. As a result of the low surface area in contact with particles, dirt particles adhere better to the water droplet, so they join and roll off together. 25 years after its discovery, a paint formula, Lotusan was patented in 1998 which was designed for easy wash exterior wall paint. There have also been textiles applications for the technology with clothing fibres (sort of like peach fuzz) used to simulate the bumps of the lotus leaf and the nanoscale. This clothing claims to be a stain-free solution. 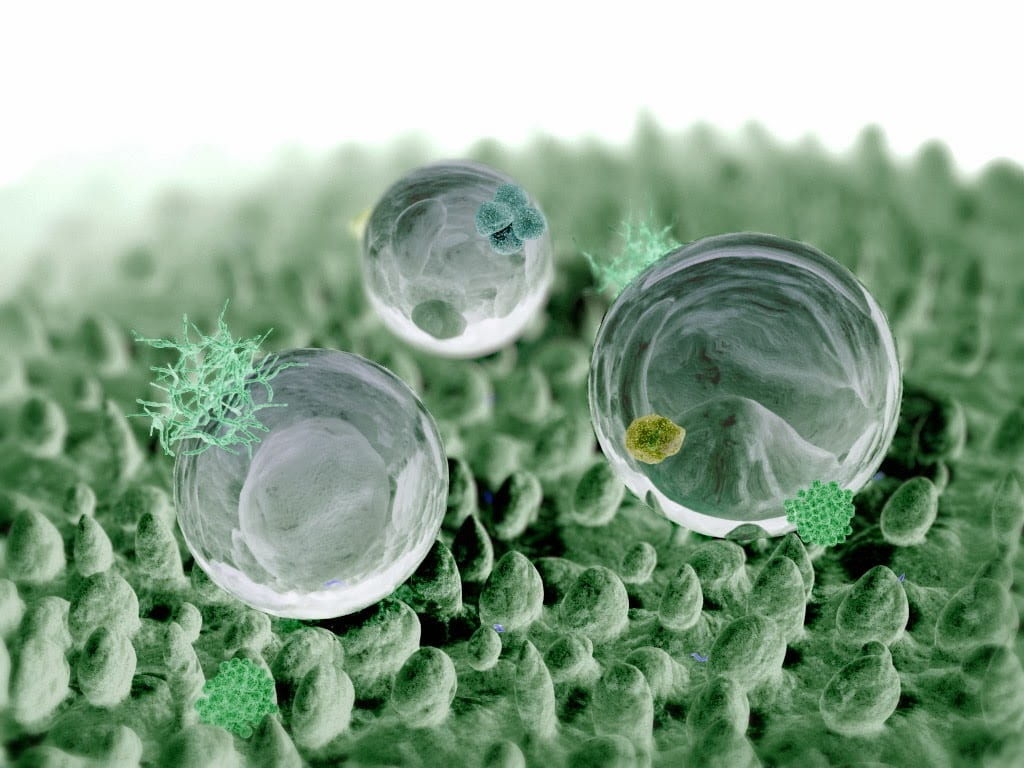 A company called Pilkington glass wanted to engineer a self-cleaning glass formula to solve the problem of high maintenance windows. Surprisingly they took the opposite approach to the lotus effect, using a hydrophilic concept. The main component of the mechanism is the compound Titanium Dioxide, commonly known for its use in brilliant white paints. In order to maintain the window transparency, the layer of TiO2 is spread to less than 20nm thick. However, the most useful function of the compound is its superb photoelectric properties. When exposed to UV radiation, it interacts with surrounding water vapour and air molecules to produce ions. These ions then oxides local organic material; breaking them down into soluble substances. This is where the hydrophilic surface comes into play. The water-repelling surface forms a sheet of water, as opposed to droplets, on the window so when organic material becomes soluble, it has a medium to dissolve in. This then rolls off the window and carries the dirt off with it. As sunlight is the fuel of the system it a very sustainable solution to the problem.

There is a species called the Namibian Darkling Beetle which uses both principles to source water in the arid environment of the desert. It possesses a nano-bumpy shell with hydrophilic peaks and hydrophobic troughs. The hydrophilic surface of the peaks collects water from the morning wind driven fogs until the drop exceeds the boundary between the peak and trough. Once the droplet creeps over into the hydrophobic region, it rolls through the troughs. The beetle carries out the ‘water collection posture’ to direct the water droplets through the throughs into the mouth. This system has been recreated to produce water collection systems in dry environments.

The Gecko’s dry adhesion mechanism has fascinated scientists for years. Dr Robert Full wanted to replicate it for use in his robotics. When he viewed the underside of the Gecko’s foot through the SEM, it revealed an array of bristle structures (approx. 500,000 per toe). These divided into split-ends/mini-bristles (approx. 100-1000 per bristle) each of which is capped with a high surface area spatula ending. The first thing they discovered was that the system was passive; requiring no input from the gecko. The bristles can be isolated from the organism and still have the same effect. Prof. Kellar Autumn measured the adhesion strength of a single bristle and it turned out to be 10 times what they had initially anticipated (given the weight of the gecko and the number of bristles). To give an idea of just how strong this is, if all of the bristles on all of the gecko’s feet were in contact, they could support a 120kg man’s weight.

Normally when two surfaces touch each other there is no molecular contact however due to the size and number of bristles, the spatula endings mould over the contours of the nanostructure ensuring that there is molecular contact with the surface. The actual adhesion is a result of a phenomenon known as the Van der Waals force which is a force of attraction between objects within 2nm. So this force is acting between every single bristle which is in contact, generating an extremely strong adhesion force. Before this explanation was accepted there was a lot of speculation over the potential of the mechanism relying on capillary action; implying there is a thin layer of water between the surfaces. But this was quickly disproven as when it was tested on hydrophobic and hydrophilic surfaces, there was no chance in the force recorded when it would be expected that a hydrophilic substance would be able to withstand higher loads. In order to produce a synthetic equivalent a very fine balance of bristle density, length and diameter must be struck. Whilst they must be compliant to form over the surface, they can’t be so weak that they deform after a few uses. Once a compromise was made, the technology was patented in 2004.

Obviously if the gecko can stick to a surface it must be able to disconnect. To do this, it has developed its legs in such a way that it can easily unpeel the adhesion; pulling along the line of contact of the bristles. This was then replicated by material scientists. To produce gecko tape, 3 strips of these bristles were aligned along the length of the tape. When pulled along the line of contact, the bond breaks leaving no residue behind. This technology has potential applications in the medical industry (for medical tape/microsurgery), for climbing gear, robotics, decoration hooks, post-it notes and microelectronic manufacture.

In this blog I described just a couple of the examples of biomimicry mentioned in Peter Forbes’ book. This field of research will continue to expand and our knowledge of the subject will continue to grow as our ability to explore these surfaces advances.  I look forward to seeing future examples of bioinspiration and how their applications will improve society.