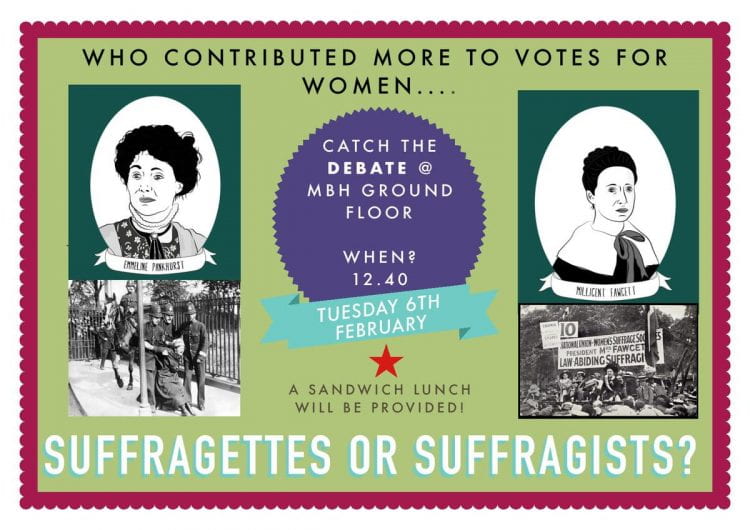 When it comes to women campaigning for their right to vote, it is the Suffragettes who the majority of the world remembers most prominently. However, another women’s suffrage group was formed before them. The Suffragists took a very different approach in their campaigning, but which group covered more ground in women’s suffrage?
During the 1800s, Britain experienced a period of great political reform. Parliament passed three reform acts in an attempt to meet the public’s growing demand for a representative political system. Despite these acts, many people in the country still did not have the vote, including one hundred per cent of women.

The National Union of Women’s Suffrage Societies (NUWSS), or the Suffragists, was formed in 1897 and led by Millicent Fawcett. They aimed to achieve votes for women through non-violent campaigning that included lobbying and petitioning. Fawcett believed that a peaceful, respectable approach would show to politicians and the public that women were capable of participating in Britain’s politics and so deserved the vote. While the NUWSS believed putting pressure on parliament would lead to constitutional change, none of the many bills that were put to parliament were passed. A possible reason for this inaction could be related to the fact that still only forty per cent of men had the vote. As well as debating whether or not any women should be allowed to join the electorate, parliament would then have to decide which women. Only allowing upper class women to vote may further aggravate the working-class public they were trying to keep favour with, as a result of the recent reform acts failing to meet the expectations of reformist workers and trade unions.

The lack of apparent success in the Suffragist campaign led to the formation of the Women’s Social and Political Union (the Suffragettes). Emmeline Pankhurst formed the WSPU in 1903, motivated by her beliefs that the, in her view, passive Suffragist campaign was failing to achieve the constitutional change that they were striving for. The Suffragettes took a more violent, radical, and militant approach to women’s suffrage. Their campaigning included disrupting party meetings, attacking politicians, destructing property, and going on hunger strike when arrested. Perhaps one of the most famous case of WSPU protesting was that of Emily Davison at the Derby horse race on June the fourth 1913. Davison stepped in front of one of King George V’s horses during the race, and subsequently died four days later as result. Many commenters argued and continue to argue that the radical, violent nature of the Suffragette approach caused more harm than good in regards to the cause as it showed women to be too emotional and unstable- they appeared incapable of taking on political responsibility. Others argue that the campaigning helped the cause as it garnered large amounts of publicity, allowing the profile of women’s suffrage to be raised.
Despite their differences, the NUWSS and the WSPU actually worked together at times for their joint cause. However, the mutual support would falter at times as a result of the Suffragists disagreeing with the nature and acts of the radical Suffragette approach. 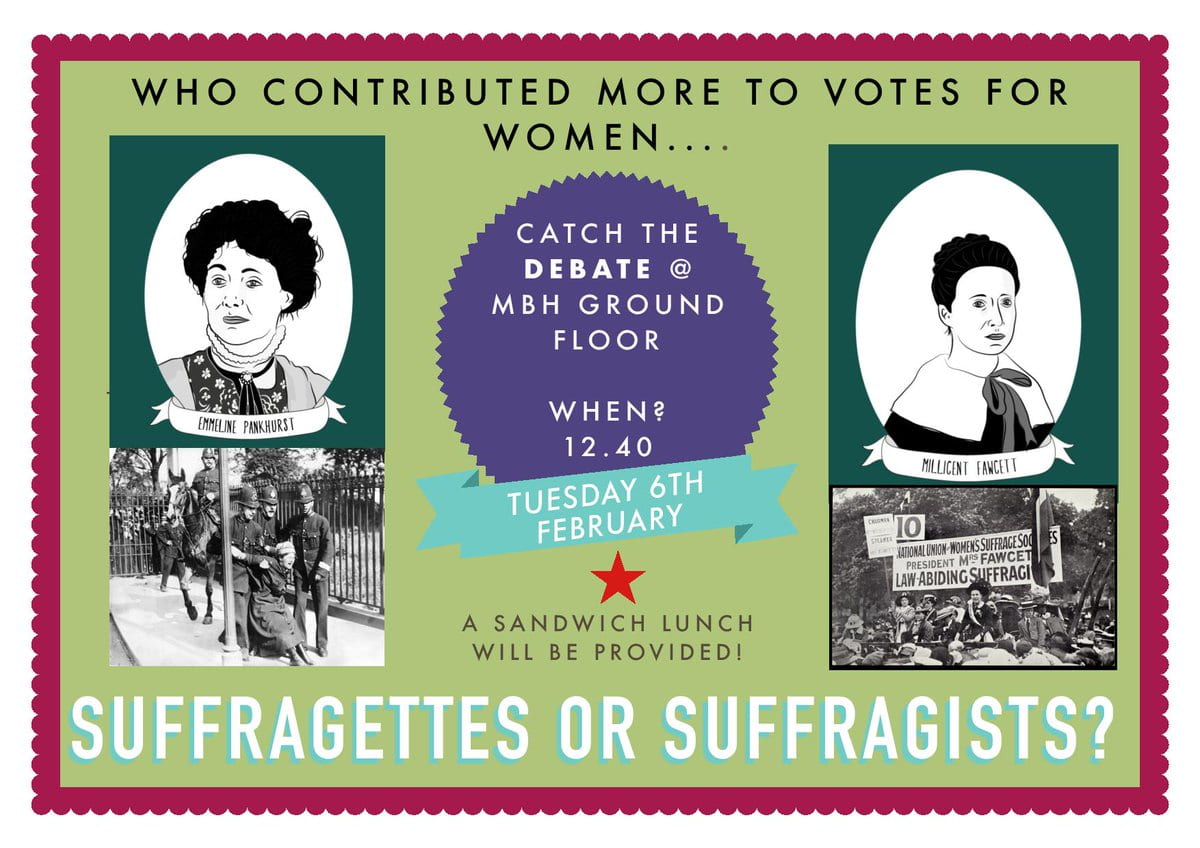 In 1914, the beginning of the Great War saw a drastic reduction in Suffragist and Suffragette campaigning. Both groups focused their energy on the war effort. The WSPU organised campaigns encouraging men to recruit, and the NUWSS helped women get work and join the armed forces. The Suffragists also continued to put pressure on parliament by ensuring that the large impact that female work was having on the war effort was being recognised.
The Representation of the People Act, passed in 1918, saw that women older than thirty or that were over 21 and householders or married to householders could now vote, as well as all men over twenty one. Ten years later, the Act was extended, and women were given universal suffrage equal to that of the male population. Many historians consider the work of women during the war to be the major catalyst to the first parliamentary step towards all women getting the vote, but it is undeniable that the campaigning of the Suffragists and Suffragettes helped to put pressure on parliament and gather the sympathy or support of the public. Both groups achieved success in highlighting the need for women’s rights during a time of great political reform, so deserve to be commended when we look back to this period of history.