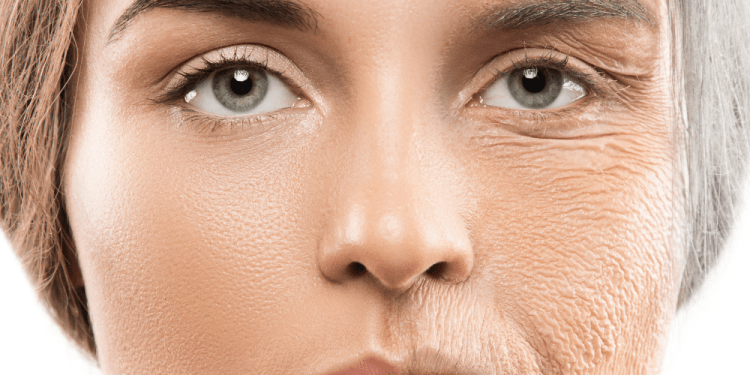 Currently human are living the longest we have ever lived. Though this means spending more time sick, in fact we spend most of our money on health care in the last third of our lives (on average). So, to stop this happening and to even increase the time for which we live we need to attack ageing. I am going to look at 4 prominent theories as to how this can be done.

I am first going to look at CRISPR CAS9, the biggest advancement in microbiology possibly ever. It consistently makes appearances in ‘New Scientist’ mainly because it is thought to be the key to curing HIV once and for all. But what is CRISPR? The acronym stands for Clustered Regularly Interspaced Short Palindromic Repeats which relates to DNA. The miracle that is CRISPR came from bacteria and viruses. Bacteriophages work as normal viruses do except they attack bacteria. Viruses work by injecting their RNA into a host cell with an enzyme – reverse transcriptase. This enzyme works in a similar way to DNA Polymerase, it helps create a new strand of RNA which is complimentary to the template stand. Once this RNA strand has been created (by copying the original viral RNA) it joins via hydrogen bonds to the other strand to form viral DNA. This is then inserted into the DNA of the host and used to replicate viruses. In bacteria this is usually fatal, however some bacteria can survive and adapt. They store this viral DNA within their own like a library (a CRISPR) and whenever the virus tries to attack again this DNA is copied into an RNA strand which then joins to a CAS9 protein. This protein seeks out an exact match for the RNA sequence it is carrying and, when found, cuts out the harmful DNA. 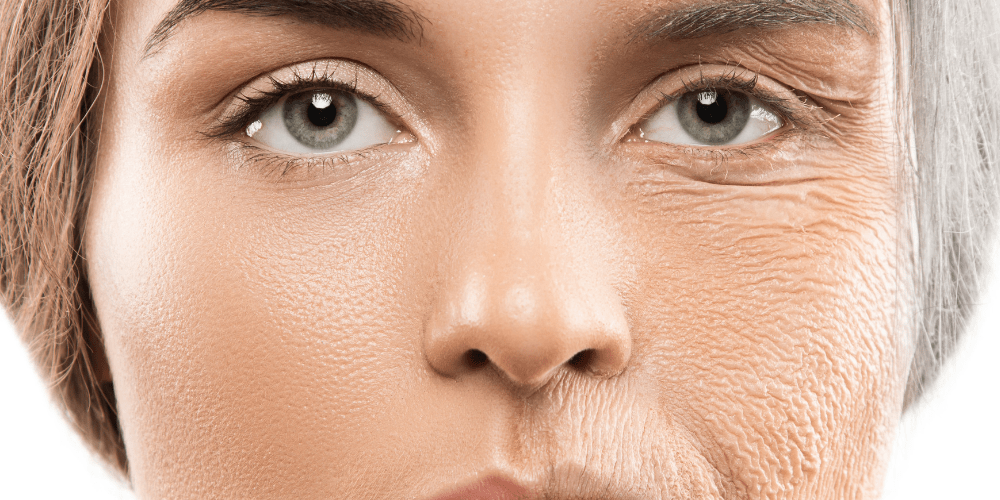 So how is this advantageous to humans? Well we can control the order of base sequences attached to the CAS9 protein (the RNA). Meaning we can locate any gene in the human genome. Once this gene has been located, we can also edit the CAS9 protein to either stop there (blocking transcription from occurring), cut the DNA, replace the DNA or insert DNA. We can edit the genome of all cells (provided this is done to gametes or embryonic cells). An easy way to think of it is as a guided missile. The CAS9 protein is the missile and the CRISPR is the homing system. This allows us to pretty much control everything about a baby’s genetic makeup. This could lead to designer babies. Although there is so much to discuss about CRISPR I want to look at ageing in this blog. CRISPR could be used, presumably, to eradicate all genetic diseases. This would increase human health span. More specifically, we could attack and destroy genes that cause ageing or mutated ones. There is no one specific gene that causes ageing, it is a combination of many different factors, but we could certainly reduce the prominence of these. This would increase both our health and life spans and we could look younger for much longer. However, we could not edit genes that have both beneficial and malignant effects with reference to ageing as this could cause more harm than good. CRISPR is not being used to combat ageing at the moment, at least not in widespread media. Its current focus is to eradicate the aforementioned HIV.

The second method relates to senescent cells within the body. Senescent cells are those that do not undergo apoptosis (the automated cell destruction, not to be confused with necrosis which is when the cell dies as a result of an injury) and, instead, stay around for longer. Although senescent cells cause many problems within the body it is thought that they are a method of suppressing tumorigenesis (the formation of tumours) as they begin in to appear in higher quantities when oncogenes are activated but normal apoptosis does the same thing. So it seems that apoptosis is more beneficial, why does cell senescence occur?

On the end of our chromosomes we have structures called telomeres. These telomeres are made up of lots of base repeats and do not code for any proteins. They are a protective layer to DNA. Telomerase is the enzyme responsible for increasing the length of telomeres in the DNA. However,

due to the way our cells replicate, the telomeres on the end get slightly smaller every time. This means that cells can not divide infinitely, they stop once they have reached the Hayflick limit. The limit is reached when the telomeres have eroded completely, and another cell division could result in the loss of vital DNA (this results in a stress stimulus). This is the point where apoptosis normally occurs. Proteins and enzymes in the cell signal it to die. This happens by the formation of blebs (little bubbles) on the surface of cells as well as the DNA being chopped into smaller pieces and some organelles being broken down as well. This results in the cell completely splitting into smaller bits each with their own membrane. Chemical signals are released from each ‘bubble’ and phagocytic cells come and devour them. However, senescent cells do not undergo this process as they have not activated the correct proteins or do not contain appropriate genes for it.

Back to the original question, why does senescence occur? It does cause problems in the body but it also does some good, it may even be necessary. Senescent cells secret molecules from themselves which influence cells around them (a paracrine response) called senescence-associated secretory phenotype. In embryos it has been shown that senescent cells excrete this to destroy mammary tissue in males (by inducing senescence on the target cells). The senescent cells are then digested by immune cells in a similar way to those that undergo apoptosis. Though it is the senescent cells that stick around in the body undetected by the immune system that cause problems.

These secrete their chemicals onto other cells, making them senescent as well resulting in a build-up. This means that they can no longer divide and perform their function. It is most worrying when it affects stem cells which are important in rejuvenating other cells. This is thought to be one of the leading causes of ageing. Two ways to combat this would be to either help the immune system detect the cells by putting a tracer on them (CRISPR/CAS9?) or by manually stimulating apoptosis in these cells. OISIN biotechnologies has already experimented on mice by adding an ‘exogenous apoptotic gene’ to cells that have activated the p16 gene (an indicator that the cell is senescent) and managed to reduce senescent cells in the bodies of these mice by up to 80%. These mice lived longer than those without the treatment.

NAD+ (nicotinamide adenine dinucleotide oxidized) is a coenzyme which is prominent in many metabolic reactions. Without NAD+ our metabolism slows down which is thought to cause ageing. It is especially important in mitochondria, as it donates electrons in their respiratory chains which contains the production of ATP (our primary energy source used in muscle contractions and, even, thinking). Very basically, less ATP results in us being more lethargic. The concentration of this coenzyme (‘a non-protein compound that is necessary for the functioning of an enzyme’) in our cells drops with age. We half the amount of NAD+ in our bodies at age 50 than we do at age 20. This is due to a compound called CD-38 which destroys NAD+ (too much of it can be detrimental to hunger cycles)

So, if the lack of this coenzyme is one of the contributing factors to ageing all we need to do is introduce more into our cells. The problem is that NAD+ can not pass through the cell membrane, either by facilitated or simple diffusion. Although other compounds can enter through the cell membrane and be converted into NAD+ once inside. Pills have already been created which raise levels of NAD+ in the body and have increased life expectancy in mice. This does not mean it will have the same effect in humans. As a side note, it is the ratio between NAD+ and NADH which helps us to produce more ATP. The higher the ratio the more ATP and one way to increase this ratio is to eat less calorific foods.

The last method I want to look at is the use of stem cells to increase human longevity. Stem cells are those which stay undefined in the human body, all cells start off as stem cells before differentiations occurs. Somatic stem cells in adults stay undefined until they are called upon to become a specific tissue or organ. The amazing thing about stem cells is that they can divide indefinitely either to become more stem cells or specialised cells. This explains how our skin covers wounds and how the liver can grow back if it is cut in half. There have been cases where only 25% of an original liver is needed to grow a new one.

A few of the reasons as to why all of our organs can’t be regenerated is due to where stem cells are found in the adult body and what their purpose is. There are multiple (5 to be exact) different categories of stem cells and those found in the liver are not capable of dividing into every type of cell (they are not totipotent or pluripotent – found in embryos and zygotes). Stem cells lose their potency with age, especially those in the brain. This is thought to contribute to ageing. If we could increase the amount or potency of stem cells in the human body, we could slow the effects of ageing.

Stem cells are found in an abundance in embryos and when mice were injected with stem cells from mice embryos their old cells were rejuvenated (due to the secretion of microRNAs boosting their metabolic reactions). Depending on where the stem cells were injected there was a different effect in the mice. If they were injected into the heart the mice could exercise for longer and if this was done to the brain they lived for longer (about 10%). The problem with stem cells lies in the ethics behind it. Many people disagree with IVF either because of their religion or because it seems unnatural to them. Stem cell research revolves a lot around taking these cells from babies or embryos (as the stem cells are most potent at these points in life). Due to this, it could be while before stem cell research starts to properly take place on humans.

All these methods may influence how long we live and/or the duration of that time for which we are healthy. We truly can not know what will happen until human experiments have been carried out.