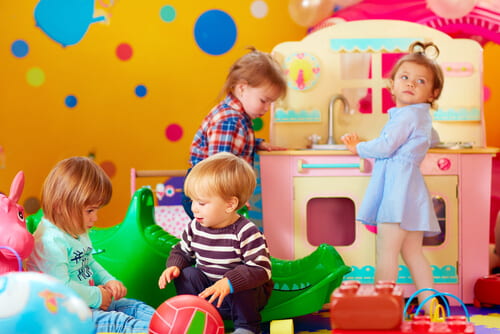 Piaget’s (1936) theory of cognitive development explains how a child constructs a mental model of the world. The term ‘object permanence’ is used to describe a child’s ability to know that objects continue to exist even though they can no longer be observed or heard. If you have played a game of ‘peek-a-boo’ with a young child, you will know that when the object (you) is hidden from sight, the infant becomes upset when under a certain age. This is because they aren’t yet developed enough to understand that the object is still there even though it cannot be seen.
The idea of object permanence plays an important role in the theory of cognitive development. During the sensorimotor stage which lasts from birth-2yrs. Piaget suggested that children understand the world through their motor capabilities such as touch, vision, taste and movement. During early infancy, babies only really care about themselves and have no concept that the world exists from an alternate view to their own. To understand why objects continue to exist even when unseen, a baby must build a mental representation of the object. These mental representations are referred to as schemas. A schema is a package of knowledge about something in the world. As a child develops, these packages of knowledge continue to develop and multiply becoming much more complex. Through the process of assimilation and accommodation, which is viewing intellectual growth as a process of adaptations, existing schemas which are used to deal with a new object or situation sometimes don’t work. Therefore, when this happens, they need to be changed to deal with the new object. 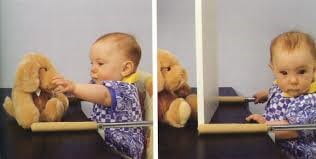 Piaget suggested that there are six substages involved during the sensorimotor stage of development. From birth to 1 month, reflexes are the primary way that infants understand and explore the world. The next 1 to 4 months, primary circular reactions lead to the formation of new schemas. A baby may accidentally suck on their fingers and then realise that it is enjoyable, they will then repeat the action as they find it pleasurable. During 4 to 8 months of age infants create intentional actions, they pay a lot more attention to their surroundings causing them to perform actions to create a response, Piaget called this secondary circular reaction. Between 8 to 12 months, there is greater exploration in infants and intentional actions become even more evident with their responses to the environment becoming more coordinated. From 12-18 months, tertiary circular reactions appear, this involves trial and error and infants may start performing actions to gain attention from others. In the final substage of sensorimotor stage, Piaget believed that object permanence emerges. Children are able to form mental representations of objects, because they can symbolically imagine things that cannot be seen. 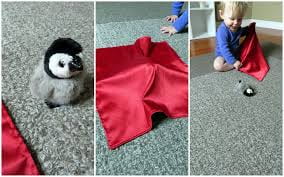 There is supportive evidence for the theory of object permanence. Piaget demonstrated this by showing a toy to an infant before hiding it or taking it away. In one variable, they hid the toy under a blanket and then observed to see if the infant would search for the object. Some of the infants would appear confused or upset by the loss, on the other hand, those that were said to be in the sixth stage and had the understanding of object permanence, were all 8 to 9 months of age.

Although, a criticism of the research is that Piaget concentrated on the universal stages of cognitive development and biological maturation, he failed to consider the effect of the environment and culture may haven on this development. Piaget studied his own children and the children of his colleagues in Geneva to come about with the general principles about the development of all children. This was a very small sample and it was only composed of European children from families of a high economic status. Therefore, the generalisability of his findings his findings is very questionable.