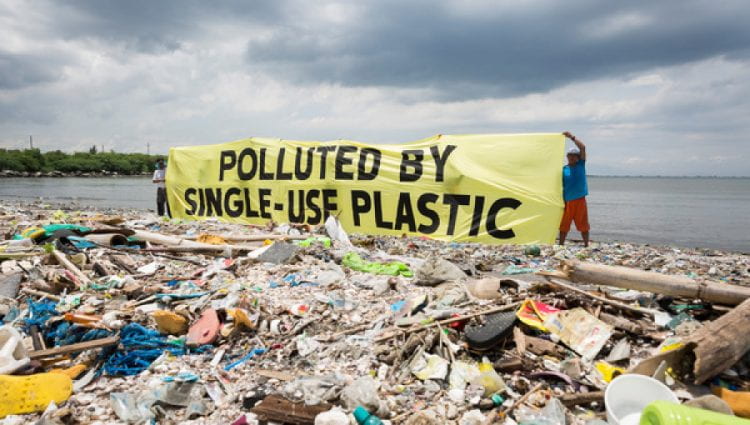 Plastic is a very common topic in the news in today’s society but how much does the average person know about the vast damage that is being caused by plastic, how much plastic there actually is in our oceans and what can be done to try a reduce the impact?

The plastic that we know today has only existed for the last 60 -70 years and all the plastic that has ever been made exists in some form still today which adds to an estimated 8.3bn tonnes of plastic produced. The most common type of plastic waste is plastic bottles. As 480bn bottles were sold globally in 2016 which equals a million bottles per minute. Even worse then this out of that staggering number less then 50% were collected for recycling and 7% were turned into new bottles.

The plastic in out ocean is the most devastating part of it all. Plastic waste accumulates in the oceans in area where winds create circular current, known as gyres, which hold and pull in any floating debris. Around the world there is five of these but the most well-known is the North Pacific gyre.

As plastics main advantage is that it is long lasting and will withstand time it means that plastics can take a vast amount of time to biodegrade. With a Styrofoam cup taking 50 years, a plastic bottle taking 450 and worst of all a fishing line taking 600 years.

So why is plastic so harmful, well especially to marine life it can be potentially fatal. For larger marine animals such as sea birds, turtles, dolphins and seals the main damage is from them becoming entangled in things like plastic bags and nets or mistaking small plastic pieces for food. This is a big issue for turtles as they are unable to distinguish between plastic bags and jelly fish which are part of their diet. Once consumed a plastic bag causes internal blockages and results usually in death. Also, within smaller marine life such as fish plastic fragments enter their food chain which have been broken up by UV ray and waves making them very small therefore the fish can’t distinguish a different between them and food. This can result in malnutrition or starvation of the fish and lead to plastic ingestion in humans to. In addition, the effects on humans of eating fish containing plastic is still very unknown.

This leads on to the question what we can do to reduce our plastic use and the damage that plastic is having on our planet. There are many different ways but here is a list of a few small changes which we should all try and change in are day to day lives.

By trying to carry out any of these small changes in your life will help to lower the massive threat plastic pollution has on our planet.