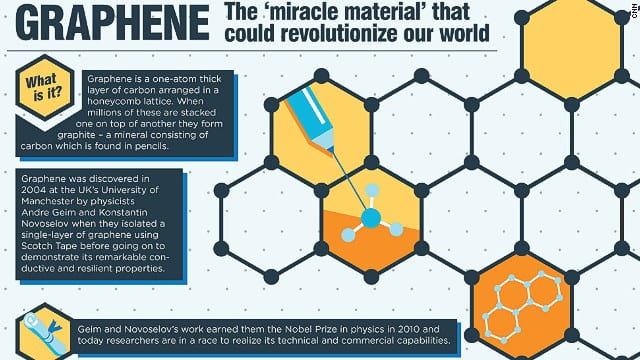 Graphene, isolated for the first time in 2004 at the University of Manchester, this new material promised to revolutionise almost every part of our lives, from computers to clothing. I will be explaining what it is, what makes it so special and why, more than fifteen years after discovery, it is still not in the hands of the consumer.
Graphene is a single layer of carbon atoms, arranged in a hexagonal lattice, with each carbon atoms covalently bonded to three others as show. However, the bonding is not as simple as it looks. Instead of being simple sigma and pi bonds, the 2s and 2p orbitals hybridize to form 3 sp2 orbitals in the same plane. These have an energy level between 2s and 2p and they are shaped like slightly shorter but fatter dumbbells. This makes the structure more compact and therefore stronger. The partially filled 2pZ orbital which forms the pi bond also allows the structure to form a conjugated system in which, much like a benzene ring allows electrons from this orbital to delocalise and move through the structure at the speed of light.

This unique bonding is why graphene has bizarre properties. The covalent bonds in all directions combined with the compact nature of each additional carbon in the structure means graphene is incredibly strong. For example, a sheet of perfect graphene the size of an A4 sheet, even at just 1 atom thick is theoretically able to hold a football. The conjugated system means that graphene conducts electricity and heat 1 million times better than copper when adjusted for density. Obviously, this is not practical, but the point still stands. Graphene is also elastic under the right conditions and is able to return to its original shape after being extended up to 80%.

There are very few current uses for raw graphene however, the future is still bright regarding uses and applications for graphene in various forms. Right now, you can purchase a reversable graphene coated jacket for £525. The manufacturer claims that the material is breathable, fully waterproof and will even act like a foil blanket when the graphene is on the inside. In the future, graphene could allow wearable tech to be fully integrated into clothing with no extra bulk or weight as well as unprecedented protection from impact. In theory, it takes only 5 layers to stop a bullet, but this is yet to be tested. 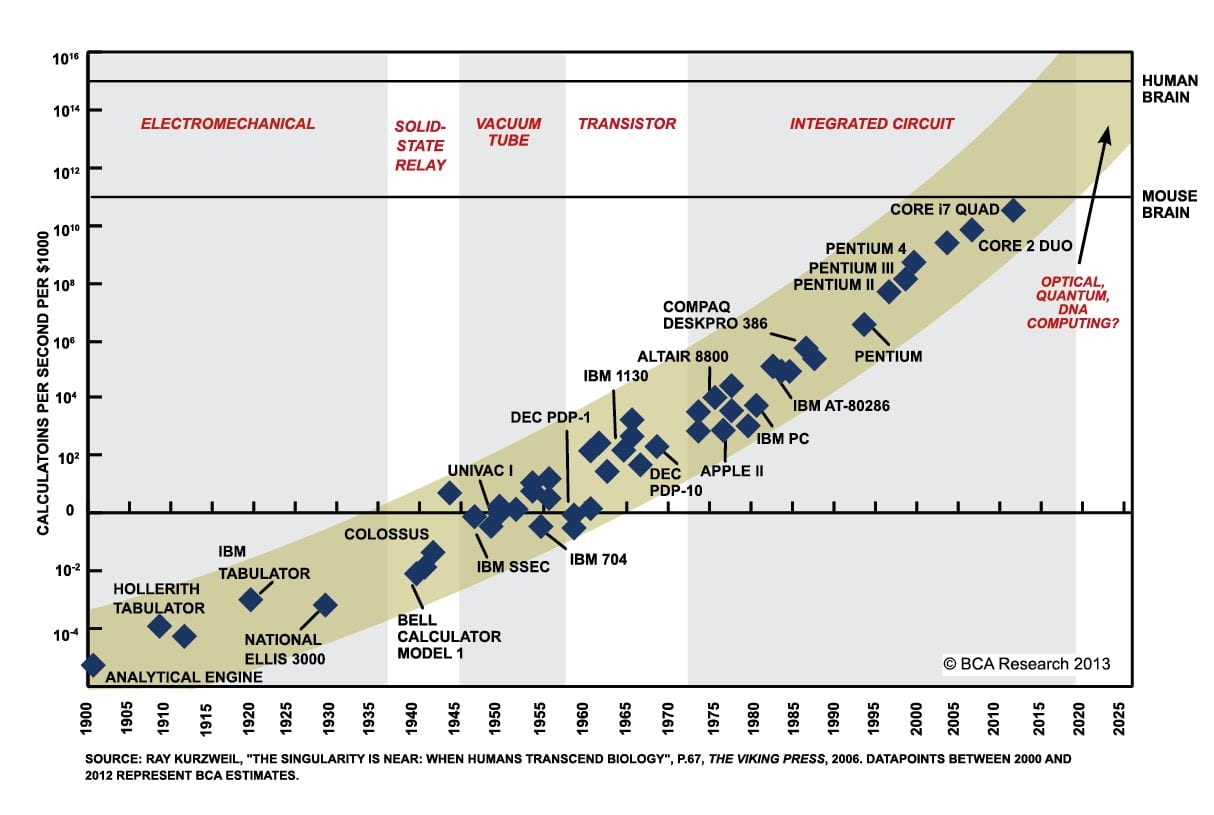 The most obvious use of graphene is in electronics of all forms. Its remarkable electrical conductivity combined with strength and small size make it an ideal replacement to silicon. Firstly, graphene would allow batteries to be more compact and charge at least 5 times faster than conventional lithium ion batteries without overheating. This would allow electric vehicles to become far more practical. Not only would the weight and charging times of cars be dramatically be reduced, but we may even see electrical planes become a feasible option.
Moore’s Law is the observation made in 1965 by Gordon Moore, co-founder of Intel, that the number of transistors per square inch on integrated circuits had doubled every year since the integrated circuit was invented. However, manufactures are now facing a problem that is hard to overcome: space. There is not physically enough space to fit more silicon components onto the same dyes used today. However, graphene has very similar properties to silicon but is significantly more compact. This will potentially allow Moore’s law to continue for a few more decades without moving on to quantum or biological computers. This means every aspect of computers will be able to get faster without increasing in size.

Touch screens are everywhere today, with an estimated 5 billion people owning smartphones. However, the most important part of the screen that detect inputs is currently made of Indium Tin Oxide. Indium is a very rare metal with only an abundance of 0.1 parts per million and is expected to be too expensive to be viable in 10-20 years. Graphene seems like an ideal replacement as it is transparent, as well as being thermally and electrically conductive. It has the added benefits of being flexible and durable. These properties could lead to practically unbreakable smart phone screens and even fully bendy displays. Our supply of Carbon is essentially limitless there are no sustainability issues.

Graphene has the potential to make massive advances in almost every area of science, from infused spider silk to efficient rail guns, it can seemingly do it all. Early studies are showing that graphene could even provide a source of clean, limitless energy. This is due to Brownian motion; the tiny random movement of particles with now energy provided to them, much like pollen on a drop of water. These small movements create waves in the surface of a sheet of graphene which could potentially be harnessed as energy. Early tests have shown that a 10 µm square piece of graphene can yield 10 picowatts of power. Although this is a miniscule amount, if this is scaled up, it could provide a worthwhile amount of energy.

After hearing about all the wonders of graphene, you may be asking why it is not taking over the world in the same way that plastics did in the 70s. The simple answer is money. Graphene, it turns out, is quite hard and expensive to produce in its most useful sheet form. It is well known that graphene can be obtained by putting tape on a block of graphite and ripping it off but, simple methods like this produce only fragments of useful material. To make pure sheets, the most effective method now involves heating up a copper plate and firing gaseous hydrocarbons at the metal. The gas then disassociates and the carbon falls and settles on the plate as a layer of graphene. This is costly, requires a lot of energy and has so far only yielded credit card sized sheets so there is still a long way to go before we can apply many of the ideas above.

However, the main issue is that although graphene is better than conventional materials, it is not that much so. It would require massive investments into research and development to produce consumer products with graphene incorporated into them to the point where we would see benefit. So, until the demand for radically new technology grows, research into graphene will continue to be slow so we may be waiting for some time before any major developments occur.

However, in the time between writing and posting this blog, Samsung have announced plans to have a phone with a graphene battery by 2021, with claims that it will charge in as little as 12 minutes. This shows that the technology could be ready sooner than anticipated if there are other companies doing research behind closed doors.