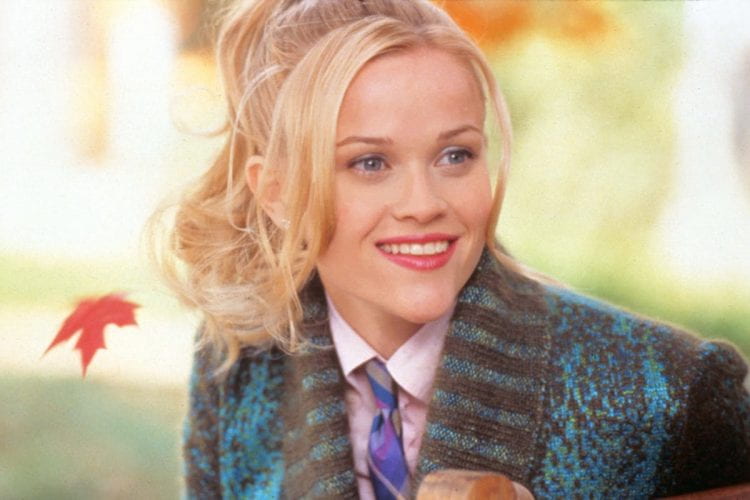 The Characters and Ideologies within “Legally Blonde”

Legally Blonde is a film made in 2001, directed by Robert Luketic and starring Reese Witherspoon. It was adapted into a musical and performed in 2007, introducing a multitude of impressively memorable songs. Both the theatrical and film version focus around Elle Woods; a young chairwoman of the Delta Nu sobriety who is deeply in love with Warner Huntington III who quickly leaves her as he believes her to be “more of a Marilyn and less of a Jackie.” Albeit a musical it presents characters who develop throughout the performance, most notably in the theatrical version. While both variants follow the same storyline and reach the same conclusion, I believe the ideologies and character development presented in the theatrical version hold virtuous that are still very poignant over a decade after its release.

Around Easter 2020 the Upper School will perform their take on the story, with that in mind I believe it is a perfect time to unravel some of the characters within this piece and focus on the feminist ideology that is so admirably portrayed.

Primarily, Elle Woods is our protagonist she begins the story as the typical trope of a cheerleader: she is attractive, Blonde and obsessed with fashion. She was the Homecoming Queen (The some-what equivalent of a prom) and is deeply in love with Warner – the homecoming King and her boyfriend. The theatrical performance opened with “Omigod you guys” which was Elle’s sobriety sisters singing about what is believed to be the inevitable proposal from Warner to Elle. Instead, Warner leaves Elle. This sets up the plot. Warner wants to go to Harvard to find someone more “Serious” than Elle and she believes that if she tries hard enough, she will get into Harvard and win back “the love of her life.” Dismissing the implausibility that Elle is somehow able to change her life and get into Harvard, we see Elle slowly move away from Warner with the help of Emmett. While Emmett is a catalyst for helping Elle to realise that she does not need Warner or necessarily anyone. It is Elle who uplifts herself from her nadir to become independent and intelligent. Elle does not have the same intentions at the end of the story as she did at the start. Instead of chasing a man who has no intention of marrying her, she is the valedictorian of her class: outshining the smartest of Harvard Law. 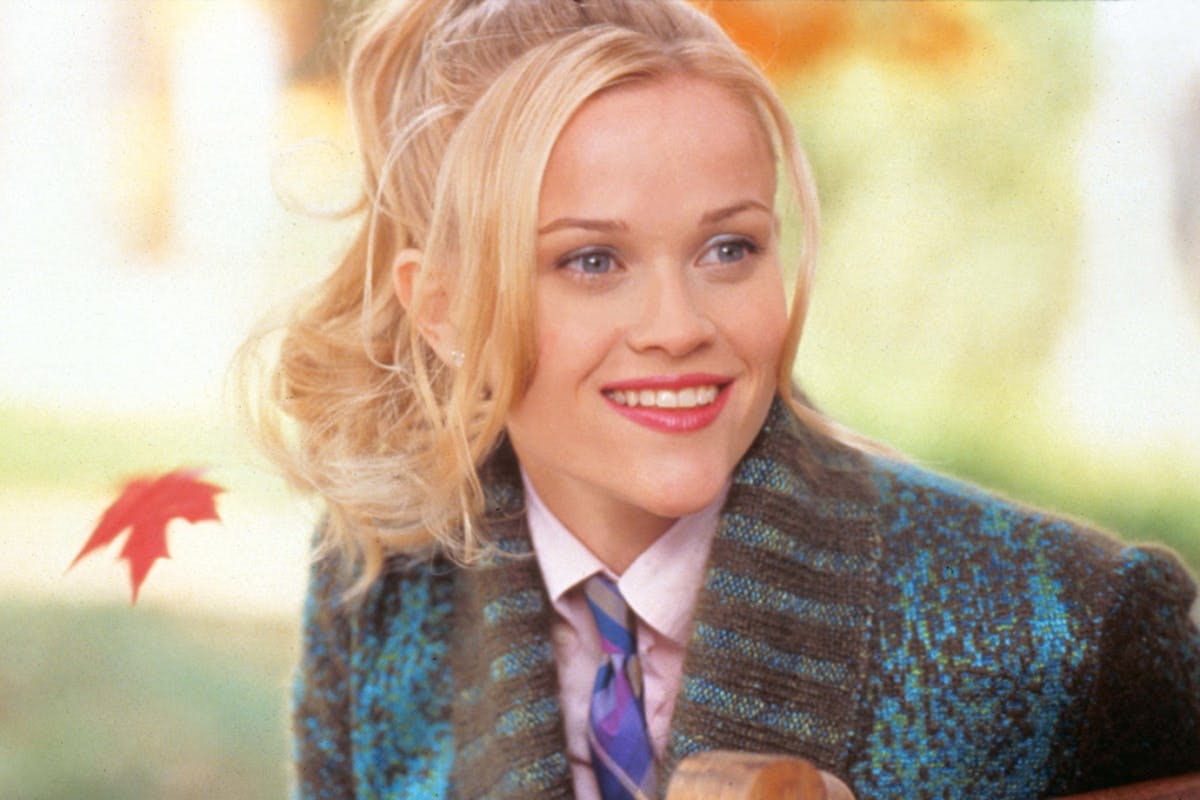 Arguably, we see the pinnacle of her progress when she proposes to Emmett, a heart-wrenching gesture as it juxtaposes the start of the play when all she wanted to do was be proposed to and at the end when she destroys the taboo around female proposals with one of her own. Another moment which vies to show her development is when she declines Warner’s proposal with a “Thank you, but no.” Changing from her churlish personality to someone who upholds mettlesome characteristics with the ability to move on and politely respond to someone who has refuted her for so long. With Elle’s development being the focal point of the play, it is easy to say she produces the most development but that does not mean the other characters did not undergo a transformation as well:

Warner Huntington III starts the story as a stereotyped prince charming. He’s going to Harvard and is very attractive. He slowly falls from grace due to his ignorant attitude towards Elle. To adumbrate, he is an arriviste with Icarian features who falls from grace antithetically as Elle rises. While his character is meant to be that of an antagonist. He is a sympathetic character towards as we see that he has lost everything and is proposing to Elle out of desperation. While this is, arguably, what he deserved and a fitting end especially within a musical which usually keeps to the same silhouette for the fate of the antagonists; he does not end the play at his nadir. In the last number we learn that he has quit his one dream of becoming a senator at thirty and becomes a model. Showing that he has grown past his one narrow-minded goal and is now doing something for himself other than his parents. The film ends with him as a failure and answers his conclusion with what is expected from a comedy, a sour ending for a villain like character. The play ends with the former which shows the development in his character and that of Elle being able to get past him giving both characters more of a unique spin on what was expected to be a stereotypical ending for both. The musical does still pay dividends to its main villain: Callahan without taking away from Warner’s development making the musical version of Warner’s conclusion more developed and satisfying. 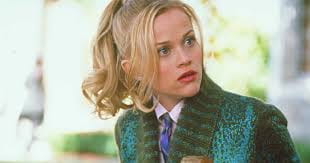 In addition to Warner, Vivienne starts an antagonist and her entrance to the story is as Warner’s new girlfriend at Harvard. She is exactly what he claimed to have wanted: serious. Her colours contrast that of Elle’s with her in black and Elle mainly in pink. She does not like Elle and has her ejected from class on the first day at the approval of professor Callahan. Her most memorable moment in both the play and the film is when she sees Callahan make a move on Elle – he forcefully kisses her in the play. In the film, she, originally, makes fun of Elle in a way that demeans. But in the play, she stops Warner from making fun of Elle. This is her turning point as a character as she understands how hard it is to get far in a world of Law dominated by men. Elle told her after being removed from class that “we girls need to stick together” I believe this resonated with her and comes out later when she realises that Elle is working just as hard as herself. This change in the theatrical version completes Vivienne’s character more successfully as the underlying tone of their relationship at the end is feminism in both yet the play manages to reach this conclusion in a more attractive manner.

On the other hand, there are some characters who do not undergo the same level of development as Elle, Vivienne and Warner. Callahan is one of these. Before he even enters the stage there are rumours around how scary/harsh he is. He enters with the song: “Blood in the Water.” Referring to lawyers as sharks proudly. He is meant to be feared for his intimidating manner and his power. He sues this power to inappropriately kiss Elle. This helps in developing Elle’s and Vivienne’s characters as they both change their stance on law with Elle wanting to give the whole thing up. Callahan himself stays the same throughout which is a reminder that there are bad people in power and that this is a musical, its meant to be enjoyable and contain at least one true villain.

Finally, the feminist ideology resonates throughout the play. It is done subtly at many points such as Elle changing Emmett from an unkempt look to that of a smart one and Elle working with Paulette so she can regain her confidence. It is done not so subtly when we see Elle propose to Emmett. The musical adaptation focuses on this more but both centre around Elle who is changing from a stereotype into someone who is independent and intelligent. As this play is a comedy and a musical it is important to note that it does not take itself overly serious as otherwise it would be no fun to watch if it just pushed the serious tones which lay underneath. It even jokes about extreme feminism with Enid Hoopes being the bearer of that unfortunate mantra who regularly gets ignored. There is one scene in which she begins to yell at Vivienne for not supporting a historical feminist despite Vivienne never saying anything against her.

To conclude, the story is meant to be comedic whether it is a theatrical performance of a movie. Both have a strong feminist undertone which is not overdone nor taken too lightly especially in the musical. The songs are enjoyable and as is the story which has become a cliché by today’s standards, which is very rarely not used as a pejorative term. Elle is a complete protagonist who reaches a satisfying conclusion among many other characters while being able to portray an inspiring message through her actions. The play especially presents these developed characters, underlying tones and a great storyline complete with music ergo, it will remain a cult classic.