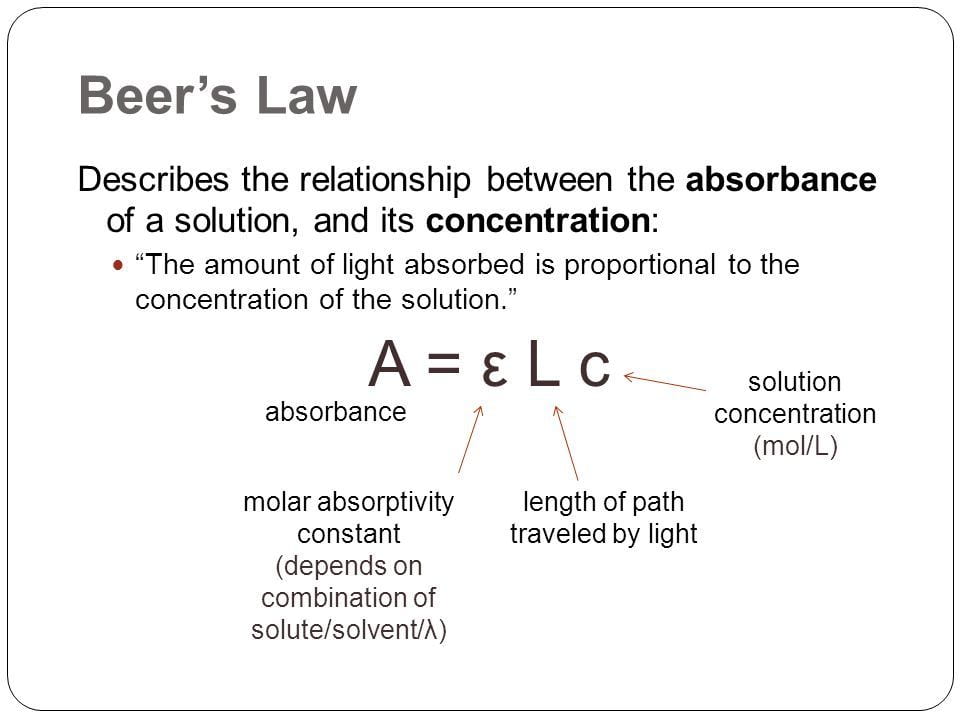 UV/Visible spectroscopy measures the absorbance of a molecule to determine what that molecule is. This is calculated using Beer’s Law which can be turned into an equation:

The molar absorption constant at a certain wavelength is what allows us to determine what the molecule is, because it is pre-recorded when the nature of the sample is known. However, first absorption must be calculated which is done by measuring the percentage intensity of the light after it has passed through the sample:

Using this equation we can calculate the molar absorption constant and therefore find the molecule.